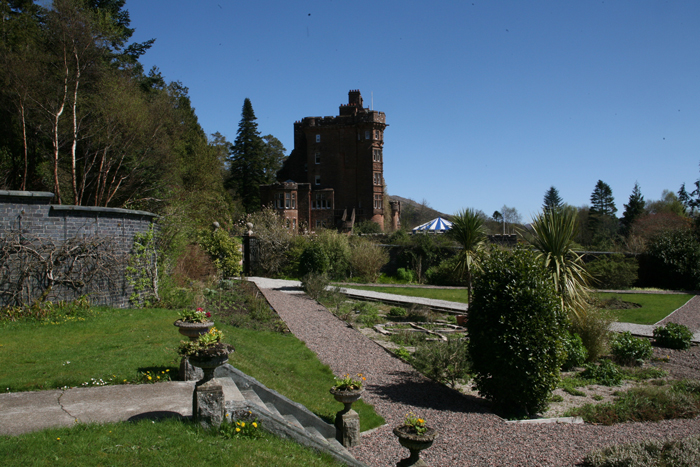 Sandy Felton visits Glenborrodale Castle on the Ardnamurchan peninsula to discover a distinctive castle estate with a very romantic composition.

Once in a while you discover something special that comes as a pleasant surprise and causes a frisson of unexpected excitement – perhaps a garden or landscape to be treasured and remembered, or a house or building which sits comfortably in its surroundings.

Not being too familiar with Scotland’s north-west coast and the Ardnamurchan peninsula in particular, I have to confess I did not expect to find an important example of an early 20th century pleasure ground during my recent visit there. But find one I did at Glenborrodale Castle at Acharacle, and the experience was a special one.

Glenborrodale Castle and its designed landscape are of outstanding ‘Architectural Interest’ and listed by Historic Scotland. The castle’s landscaped grounds and walled garden are classed as being of high horticultural value, containing some fine specimens, including rare species. Integral to its setting of around 1900, the Castle and grounds typifies a Scottish Baronial setting in a Romantic composition. 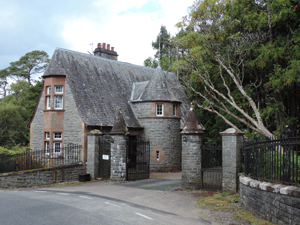 Glenborrodale is situated on the southern shore of the Ardnamurchan peninsula, seven miles west of Salen. It dominates a steep south-facing hillside overlooking Loch Sunart. The views are simply breathtaking and as you stroll through this special landscape you can see the islands of Risga, Carna and Oronsay in the distance and on the far side of the loch the Morven Hills.

One can easily see why past generations would be attracted to the area and in particular the elevated position occupied by the castle and its grounds.

The Ardnamurchan peninsula is itself of outstanding scenic merit and Glenborrodale Castle more than adds to the romance of the area. The Glenborrodale estate was acquired by a John James Dalgleish in the mid 19th century and then in 1897 Charles Rudd, a diamond magnate, bought part of it comprising Acharacle and land westward towards Ardnamurchan point. He commissioned the architect Sydney Mitchell to design the castle on the site of a pre-existing house.

Rudd is an interesting figure. He is reputed to be partly responsible along with Cecil Rhodes for the creation of Rhodesia. He supervised Rhodes business interests in Rhodesia while Rhodes was a scholar at Oxford. It was Rudd who made it possible for him to come to England to study and on Rhodes return to Rhodesia he continued to give him business advice.

Rudd made many improvements to the land and the surrounding area as well as the roads. He married twice and died aged 72 in 1916. 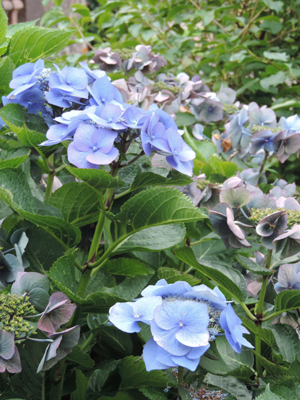 Over the following decades the house was owned or rented to various tenants until in 1936 John Campbell Boot, 2nd Baron Trent, son of Jesse Boot of the Boots Chemist Company, acquired the estate. It was Lord Trent who was responsible for augmenting the planting of trees and shrubs around the Castle, many of which certainly pre-date the building of the existing Castle. Lord Trent’s additions have resulted in a significant plant collection.

The estate was once again sold in 1949 and has had several owners since then, becoming a hotel, then a private residence and now a hotel again.

The gate lodge to the castle is of significance – also designed by Mitchell, it is built in similar materials to the castle with a two storey drum tower with conical bell-cast slated roof.

The gardens have been perfectly moulded to their elevated site. There is a castellated garden terrace, which forms a castle platform, offering amazing views over Loch Sunart. Behind the castle rises a dramatic backdrop of woodland planting colonised with Rhododendron, some deciduous trees and conifers. To the south there is an artificial lake which has been excavated within a rock outcrop.

Below the terrace there is a network of paths threading around the steeply sloping site. There are small glades, a lake and a walled garden and rocky outcrops providing homes for exotic species.

I met head gardener John Maclaren (pictured left below) who has been at Glenborrodale nearly two years. His background is in fine arts, sculpture and building restoration. He has worked on many conservation projects including the House of Commons Library and you are not chatting to him for long before you realize that here is a man with lots of interesting stories to tell. 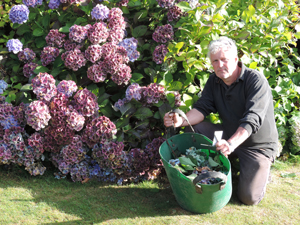 He studied horticulture at Harrogate Horticultural College and has worked in several parts of the country including Cumbria and North Yorkshire. When he took over at Glenborrodale he found a somewhat neglected garden which needed a long-term plan of conservation and management.

Fruit trees were overgrown and the ground impoverished. He set about using potash from bits of charcoal from the Biomass fuel boiler to sweeten the soil yielding great improvement.

The garden doubtless benefits from the gulf stream, although growing conditions can vary on the peninsula. John will tell you that this is why it is important to nourish the soil and create sheltered areas.

Among the trees around the castle you will find Wellingtonia, Katsua, Parrotia persica (commonly called Persian ironwood) and King William Pine. Maples include Acer palmatum, and Acer saccharum and as one would expect in a garden created from the middle of the 19th century, Rhododendron. 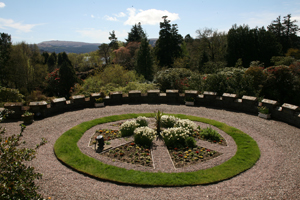 Walk through the garden and you will find Cercidiphyllum japonica, Thujopsis dolabrata and a rare specimen of Athrotaxis selaginoides (endemic to Tasmania in Australia) as well as the wonderful Monkey-puzzle.

The walled garden pre-dates the existing Castle and comprises mainly ornamentals with a central pergola and gravel paths. A 1980s glasshouse runs along the north side and beside it one finds evidence of John’s careful fruit tree conservation. Here John grows a variety of sensational vegetables and herbs for the castle’s kitchen as well as cut flowers.

Essentially this is a spring garden but John is working towards changing some of the beds so that colour and interest is maintained throughout the summer into autumn. 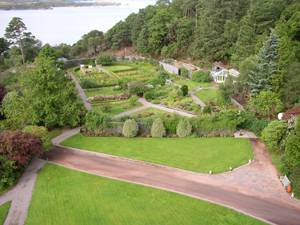 To stay at Glenborrodale is a special privilege and an experience that will not be forgotten. As owner Donald Houston points out when he welcomes guests, Glenborrodale is not a hotel it is to be treated as a home for your stay. It is certainly that and one enjoys the luxury of being in the Scottish equivalent to Downton Abbey and perhaps dreaming of being Lady Mary for the week.

The staff, under the supervision of the capable Sarah, are attentive, unobtrusive and welcoming and nothing is too much trouble.

Recently the castle has been voted as one of the top ten British Castles where you can stay and given its position and surrounding flora and fauna it’s not a surprise.

From the start of 2015 you will be able to book-in to stay at Glenborrodale Castle on a bed and breakfast basis. The estate also has self-catering cottages for rent so there are plenty of options for enjoying this wonderful area.

You can find out more about Glenborrodale Castle by logging onto:
www.glenborrodalecastle.com 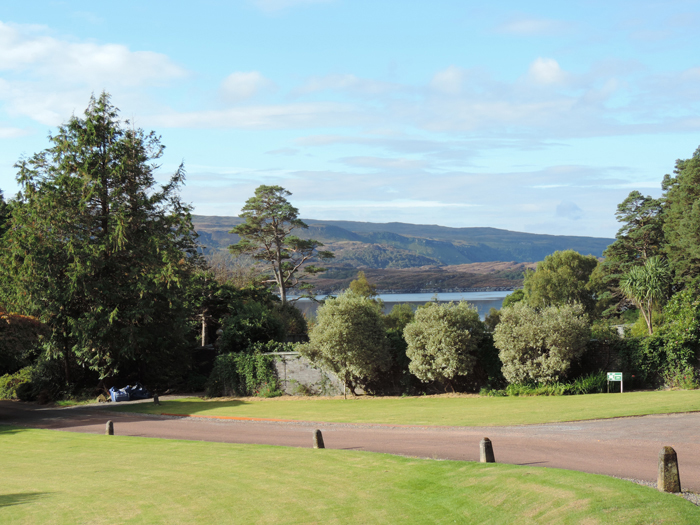