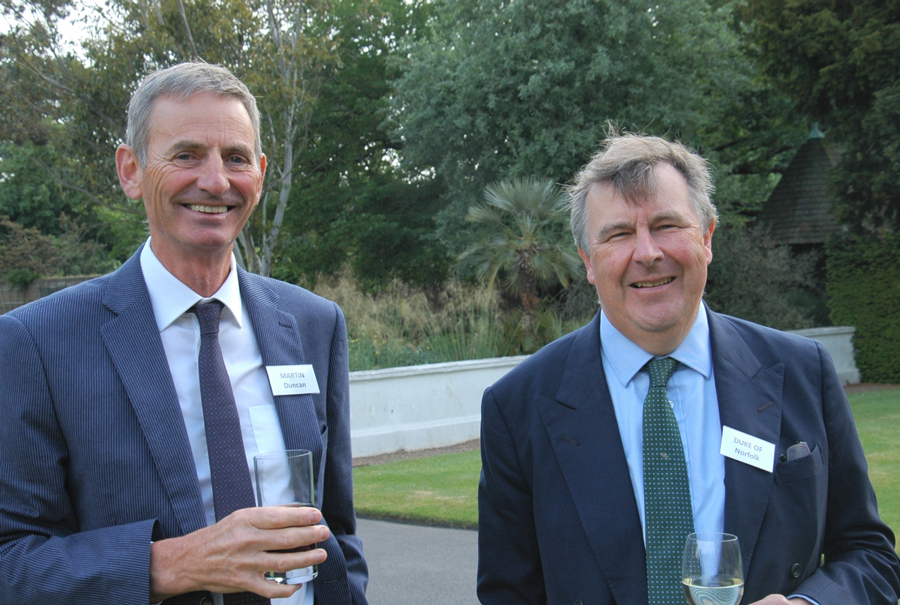 Martin Duncan, Head Gardener at Arundel Castle, has received one of the highest accolades in the gardening world – this year’s (2018) Kew Guild Medal. (pictured above – on the left – with His Grace the Duke of Norfolk).

Martin studied horticulture in Northern Ireland and landscape design in Wales and his career as a celebrated professional gardener and landscape designer has taken him across the world, as far afield as Africa, Jordan, Bermuda and France. He started at Arundel Castle, the ancestral home of the Duke of Norfolk, in 2009. 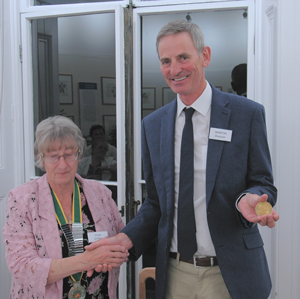 Martin’s award no sees him join the ranks of high profile gardeners such as Alan Titchmarsh. Commenting on his award he said: “It is an honour and a privilege to have been given the Kew Guild Medal. The biggest challenge in gardening is to never become complacent and be prepared for the unexpected, which this award certainly was!”

He was presented with his medal at an event organised by the Kew Guild. (pictured left with Guild President Jean Griffin). Since arriving at Arundel Castle, Martin has designed a totally unique Stumpery Garden as well as one of the country’s largest annual tulip festivals each spring. Martin points out that on first meeting The Duke and Duchess of Norfolk, their enthusiasm, drive and passion to develop the Castle gardens further was of great appeal: “The old car park had just been transformed into the Collector Earl’s Garden and I could see that there was enormous potential to work with Their Graces to develop further areas of the Castle gardens and structures,” he added.

Martin has also developed the Castle’s gardens with the design of new tropical borders, a redevelopment of the English herbaceous borders and the creation of a new wildflower garden and thatched roundhouse.

Private guided tours of the gardens can be arranged in advance by contacting the Castle on 01903 882 173 extension 230.

Arundel Castle is open Tuesdays to Sundays, Bank Holiday Mondays and Mondays in August until 28 October 2018. For more information, events and opening times and to book tickets, please visit www.arundelcastle.org