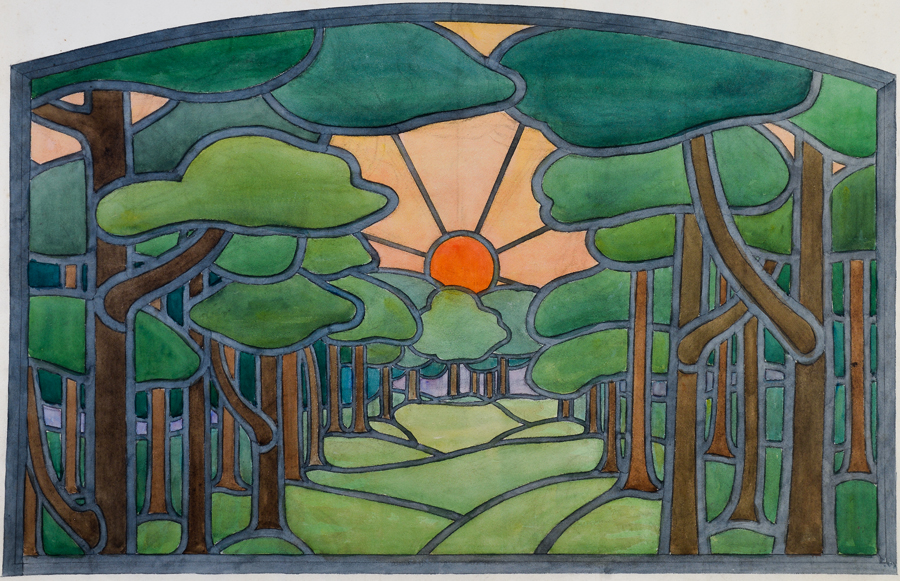 An exhibition celebrating the life and work of Barry Parker (1867-1947), architect of the world’s first Garden City at Letchworth and an unsung hero of the Arts & Crafts Movement, will be held at the Broadway Gallery, Letchworth Garden City from 4th May to the 15th July, 2018.

Working in collaboration with the Garden City Collection, this will be the first major exhibition to re-examine Parker’s contribution to architecture, showcasing some 4,500 objects from the Parker Collection, including architectural plans and drawings, photographs, furniture and fine art. 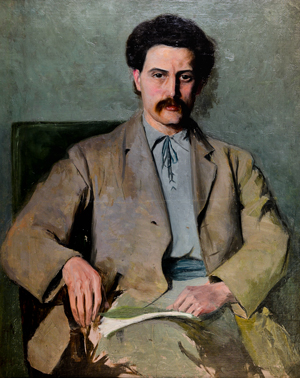 Together with his partner Raymond Unwin, he created the template for Garden City models around the world but his influence on architecture globally is less well known. Parker believed passionately that architecture and thoughtful planning of community spaces could change lives. He was influenced by the ideals of the Arts & Crafts movement, and the writings of John Ruskin and William Morris. The exhibition will focus on his ideology of equality, of utilising sunlight and his harmonious approach to design, confirming Parker’s status as one of the most important British architects of the 20th century. (Parker pictured left)

He believed that the best of city life could be combined with the benefits of fresh air and space found in the country, in contrast to the overcrowding and pollution of industrial urban spaces at the end of the 19th century. For Parker and Unwin it was also a principle that within a Garden City there should be social cohesion, quality housing and excellent shared community facilities.

Parker and Unwin designed some notable housing projects including New Earswick, near York, founded by philanthropist Joseph Rowntree and Hampstead Garden Suburb in London. In 1902 they won a competition to design Letchworth Garden City, Parker’s masterpiece and his home for over 40 years. In 1914 he dissolved his partnership with Unwin and began to spread the Garden City model internationally, advising on the plan for Porto, Portugal in 1916 and Jardim América in a suburb of Sao Paulo, Brazil, in 1917.

In 1901, together with Unwin, he published The Art of Building a Home, in which they passionately appealed against the prevailing Edwardian ‘back-to-backs’ and his later writings for the American periodical, The Craftsman, tell of a style manifesto that heralded a new approach to architecture and design that glorified hand-made bespoke furniture and fittings and simplicity. 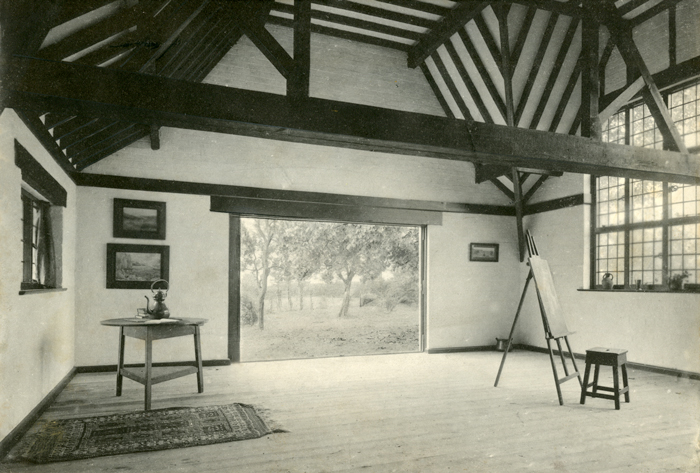 Vicky Axell, curator of the Garden City Collection, comments: “Parker is an undiscovered genius of the Arts & Crafts movement who has a unique approach to architecture with a big social conscience. He believed in building homes for all regardless of their wealth and social stature in society. His ethos focused on harmony, sunlight and equality, which meant that the homes he designed were functional and beautiful, filled with light, affordable and fitted into the surrounding environment. Put simply, he wanted to create decent places for people to live: architecture for all.”

Broadway Gallery is a charitable service of the Letchworth Garden City Heritage Foundation, and is housed in a covered shopping arcade itself dating back to 1922. Letchworth Garden City was created to overcome Victorian poverty and squalor by harnessing the best of town and country life. It was founded by Ebenezer Howard and is famous for its leafy avenues and distinct Arts & Crafts style homes.

‘Barry Parker: Architecture for All‘ runs from 4th May to 15th July at The Broadway Gallery, 2 The Arcade, Letchworth Garden City, SG6 3EW. For more information please visit: www.broadway-letchworth.com