Brutal beauty to be championed at RHS Hampton Court 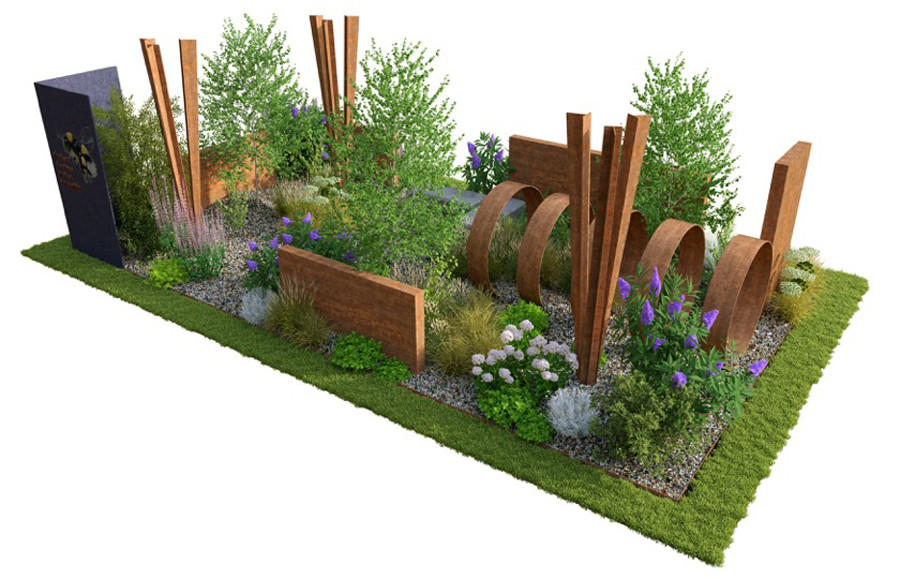 The garden forms part of the new “Gardens for a Changing World” category at the Show and takes an abstract look at regeneration and demonstrates nature’s ability to succeed against the odds to transform an open space.

Show visitors will be greeted by a series of monolithic steel structures that reference the manufacturing industries of the Industrial Age. On closer inspection, the steel appears twisted and torn – a nod to the decline of these industries. Through the rubble, the decay is being replaced by the processes of natural regeneration and trees and vegetation are self-seeding. Opportunities for wildlife are also highlighted through this natural transition. 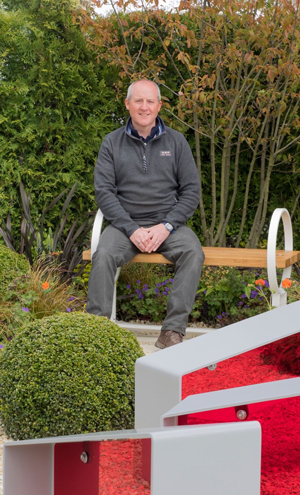 Martyn (pictured left) found inspiration for the design from  the Landschaftpark, Duisburg-Nord in Germany, the High Line in New York and successful brownfield regeneration schemes in the UK.

“What interested me initially was the changing nature of urban landscapes which are so often in a state of flux,” he said. “There’s the process of demolition and reconstruction but between the two, before building work starts, you often find nature moves back in and a new, temporary landscape is created.

“My garden will recreate that moment in time, in a sculpted form, with nods to the past and also the future. We should see these city spaces as opportunities and, whilst appreciating their gritty beauty, look forward to welcoming the communities that will replace them,” he added.

St Modwen is a fitting sponsor for the show garden – they are currently spearheading the regeneration of New Covent Garden Market, London, the transformation of Longbridge, Birmingham and RAF Uxbridge in west London.

Mark Allan, Chief Executive at St. Modwen, said: “The transformation and regeneration of urban sites not only goes a long way to answering the UK’s existing housing crisis but has also brought back thousands of acres of brownfield land into the public sphere that was previously not accessible.”

The steel structures on the garden are being designed by sculptor Simon Probyn with walls loaned by the The Pot Company. The steel structure will sit on concrete footings being donated by Easymix Concrete. Mulched aggregates recycled from brownfield sites and donated by Smiths of Bletchington will cover the surface of the garden with plants sourced from Hortus Loci.

Martyn is a trained town planner and lecturer at the Cotswold Gardening School. He runs Wilson Associates Garden Design where his portfolio includes residential gardens, and public and commercial spaces. He has three RHS award winning show gardens and won the People’s Choice Award at the RHS Malvern Spring Festival in 2016.

We wish Martyn and his team every success with the build-up of the garden and during the Show.