Campaign for restoration of ‘Capability’ memorial 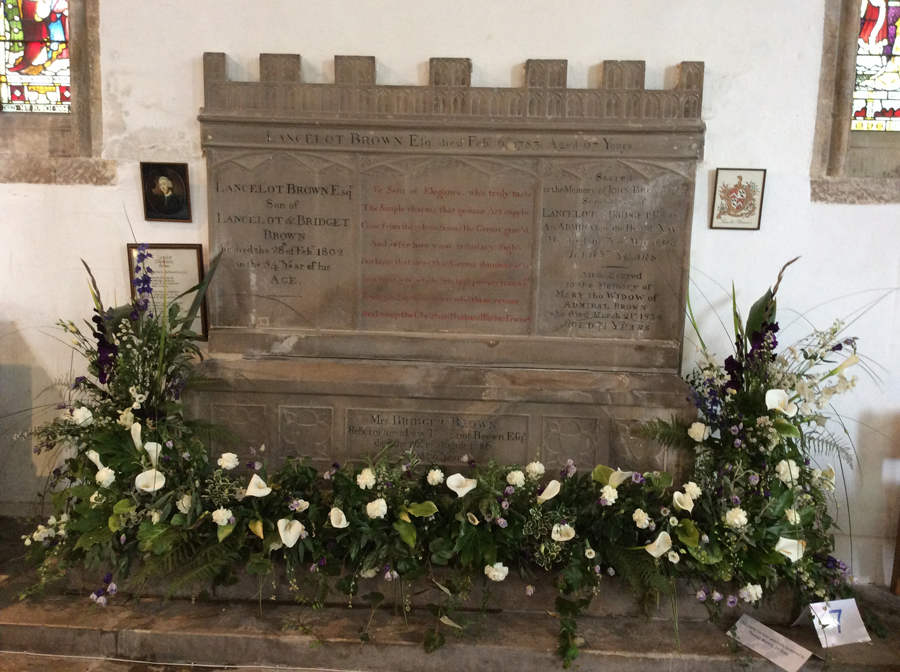 A fundraising campaign to restore the only memorial to Lancelot ‘Capability’ Brown and his family in the UK has reached its half-way mark following the successful Festival in 2016 marking the 300th anniversary of his birth.

The memorial (pictured in the banner above) at the Church of St Peter and St Paul, Fenstanton, Cambridgeshire, is dedicated not only to Lancelot Brown but to his wife, Bridget and also two of their sons, Lancelot Brown Jnr., and Admiral John Brown, along with their daughter-in-law, Mary (John’s wife).

Corrosion of the ferrous metal supports and movement of the stones has caused deterioration and it is estimated that it will cost between £40,000 and £50,000 to carry out the restoration.

The organization responsible for looking after the memorial wants to ensure that this towering historical figure is properly recognized as no other significant memorial exists in the UK except the one at the Church of St Peter and St Paul. This is the only place he is known to have purchased land and where he and his family are buried.

The church was recently listed Grade 1 by Historic England, and apart from the many historical and architectural reasons given for the listing, the fact that the church contains a memorial to such a significant historical figure was also highlighted as integral to the decision. 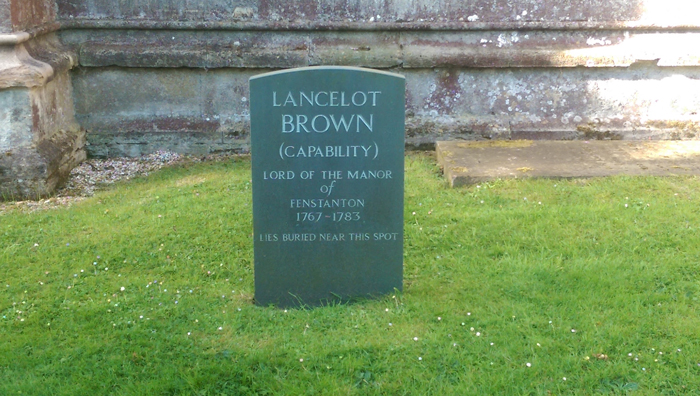 Throughout 2016 the ‘Capability’ Brown Festival successfully celebrated the life of this extraordinary man whose style helped shaped people’s picture of the quintessential English countryside. Royal gardener and grandfather of the profession of landscape architecture, he was an engineer, entrepreneur, salesman and a very effective businessman.

Following growing understanding of his achievements through the Festival and a public appetite to recognise and enjoy what he has achieved, it is hoped the extra funds needed to restore the Memorial can be raised.

Ray Whitby, chair of the fundraising committee at Fenstanton Church explains that they are delighted to have been able to raise half the funds needed so far: “We hope the public can help us reach our fundraising goal over the coming months to get work underway,” he said.

Ceryl Evans, director of the Capability Brown Festival points out that 2016 really put Capability Brown firmly on the map and into the hearts of the public, with hundreds of thousands of people taking part in events to celebrate his work: “I hope that this momentum created by the Festival can help support the people of Fenstanton and Brown fans everywhere complete the successful restoration, now that Historic England have given the Church Grade 1 listed status,” she said.

To donate to the fund please visit: