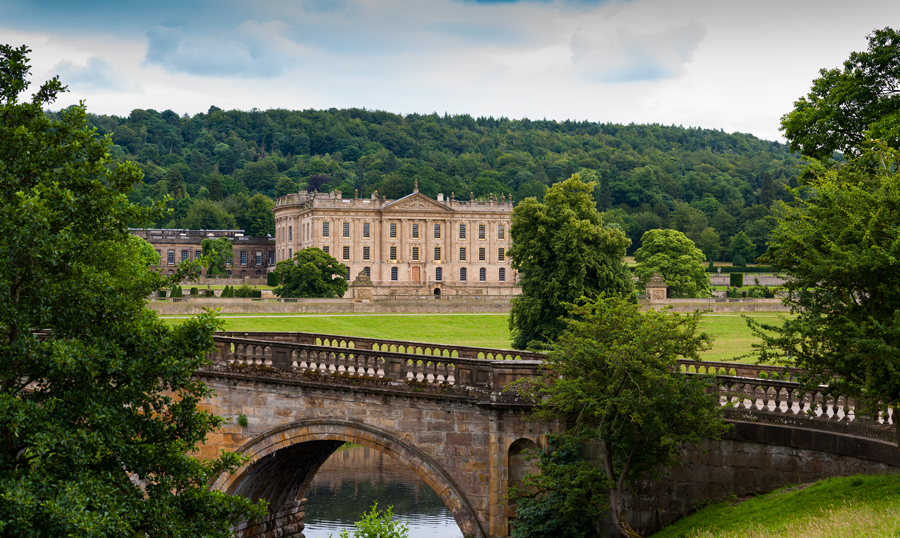 Sandy Felton discovers the magnificence that is Chatsworth House and gardens.

I first visited Chatsworth House with its rich history, sculptures, wonderful fountains and waterworks, several decades ago. It seems that ever since that first visit, the House and Estate constantly ebbs in and out of my life as I make periodic visits to enjoy the magnificence of the house and enjoy the wonders of the gardens. I never tire of the experience.

Chatsworth is home to the Duke and Duchess of Devonshire and has been passed down through 16 generations of the Cavendish family. Visitors know that when they visit Chatsworth they are going to experience the tastes, passions and interests of succeeding generations as the house is renowned for the quality of its art and landscape. From the sculpture of Ancient Rome and masterpieces by Rembrandt and Reynolds to works by modern artists including Lucian Freud and David Nash, the walls and corridors of Chatsworth rival those of any major museum or gallery. 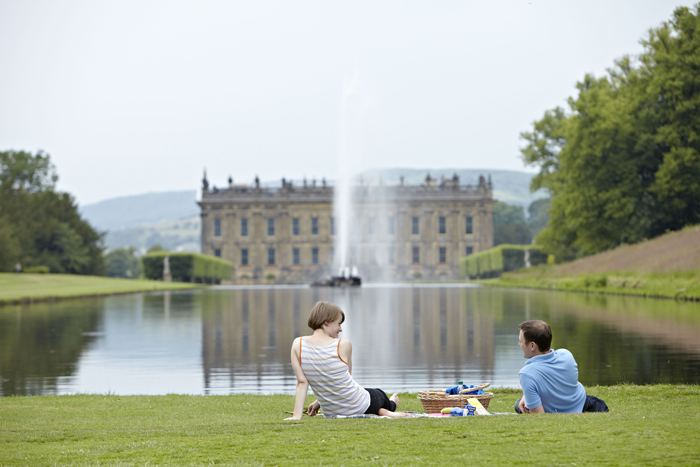 Chatsworth’s gardens cover 105 acres within a 1,000 acre park and have evolved over 450 years. Managed by a team of 20 gardeners and three trainees there are also 50 volunteers who work to preserve the history and ethos of this special place. However, this is an evolving garden and the present Duke and Duchess are developing new areas and features for visitors, which is as it should be – each successive generation leaving their imprint. The park was chiefly designed by Lancelot ‘Capability’ Brown in the 1760s and today contains both historic and modern architecture and art. 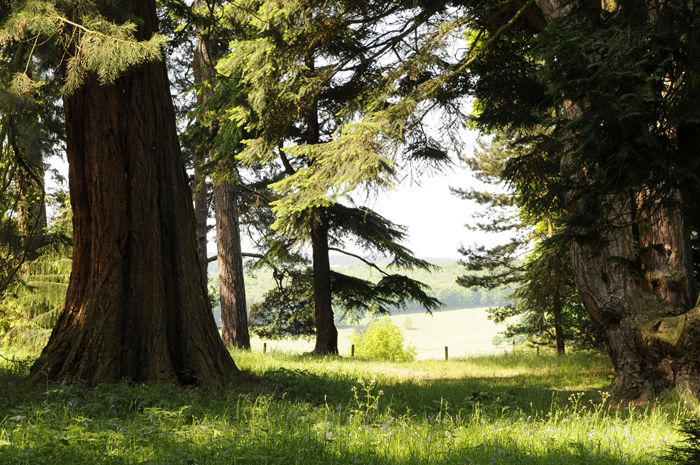 The garden dates back to when Sir William Cavendish and Bess of Hardwick first constructed the house in 1555. Today, visitors can still see the stone tower known as Queen Mary’s Bower which is a relic of that early garden. It is probably fair to say that nothing particularly significant happened until the 4th Earl, who became the 1st Duke of Devonshire in 1694 came along. He rebuilt the Elizabethan house in the classical style and he was one of the first in the country to embrace the creation of formal gardens that were already becoming fashionable in other parts of Europe. Parterres, fountains and classical sculptures were very much in evidence. He was also responsible for one of the most important 17th century greenhouses to survive in England and today it is still open to visitors housing part of Chatsworth’s Camellia collection. 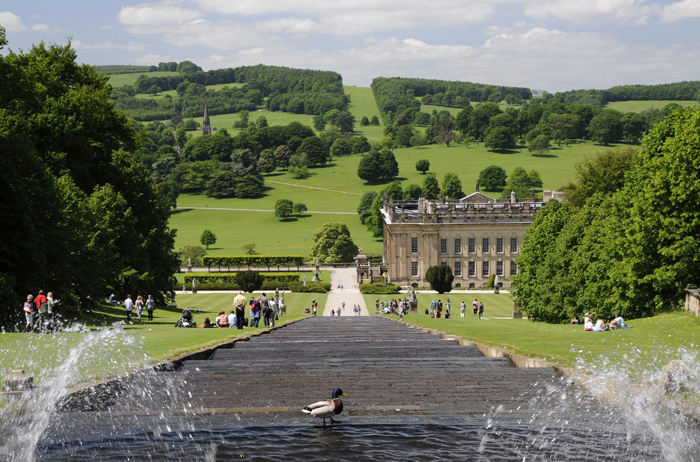 The Cascade (pictured above)is one of the water features at Chatsworth that tends to leave a lasting impression. The original water feature (1696) took two years to build and was designed by a French hydraulics engineer with experience of decorative waterworks for Louis XIV of France. The remodelled Cascade we see today was completed in 1708 and is nearly twice the length and substantially wider, than the original.

Succeeding Dukes tended to simplify the geometric patterns of the original garden and some of the ponds and fountains were removed. Terraces were levelled and replaced with grass. The 4th Duke’s changes left the garden and park much as they appear today. The 5th Duke was seldom at Chatsworth and only made limited changes other than to construct a Grotto House (built for Duchess Georgiana in 1798).

The 6th Duke (1811-1858) inherited a garden that was sadly neglected and it was he who appointed Joseph Paxton as head gardener. Paxton’s influence on the garden is significant and innovative. Several major improvements were made during his tenure including: The Arboretum (1835); the Case (a protective cover for tender plants, originally called the Conservative Wall); the Emperor Fountain; the Great Conservatory, (completed in 1840, the largest glass building in England before Paxton built the Crystal Palace); the Rock Garden and Strid. 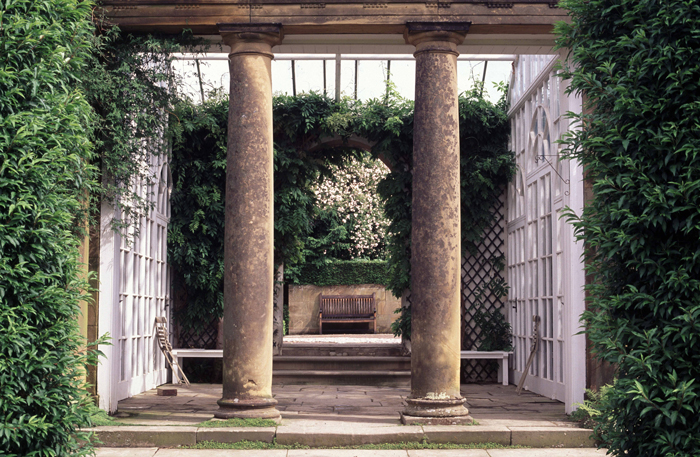 The two world wars during the 20th century obviously had their effect on the garden. With labour scarce the gardens obviously started to deteriorate. One sad casualty was the Great Conservatory which had to be destroyed due to the cost of maintenance.

Enter the11th Duke (1920-2004) and Duchess who were both keen gardeners and oversaw a revival in the estate’s fortunes. The present 12th Duke continues that work. Many of the historical features have been restored in the last 60 years while numerous important new features have been added.

Modern era improvements include the Kitchen Garden; a Yew Maze on the original site of Paxton’s Great Conservatory; a Sensory Garden created in 2003 and a Rose garden created in 1939. 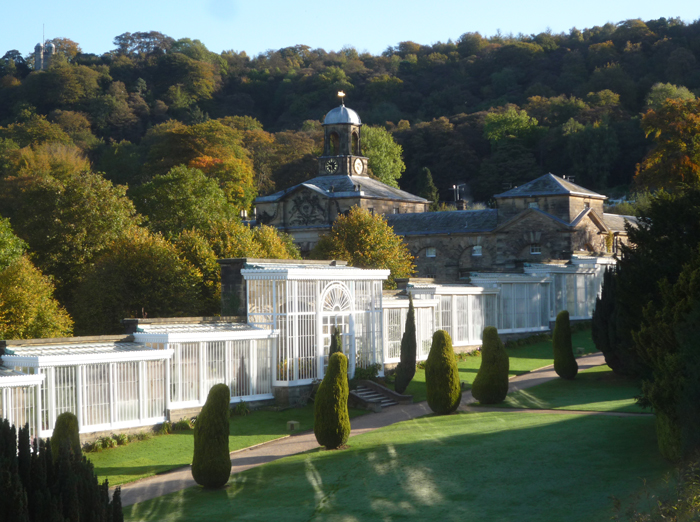 There are exhibitions, talks, woodland trails, a farmyard and adventure playground, delightful places to eat and shop and of course fantastic views everywhere you look.

In June, (7th to 11th June 2017) the Royal Horticultural Society will hold the first RHS Chatsworth Flower Show and in such a romantic and dramatic setting is bound to be a hit with visitors. The new show promises to be bold and innovative, following in the footsteps of Chatsworth’s design revolutionaries ‘Capability’ Brown and Joseph Paxton.

The garden is accessible for visitors who use manual wheelchairs and electric scooters.

The House and gardens re-open for the 2017 season on 25th March 2017. The farmyard and adventure playground will be open during half-term from 11th to 26th February.