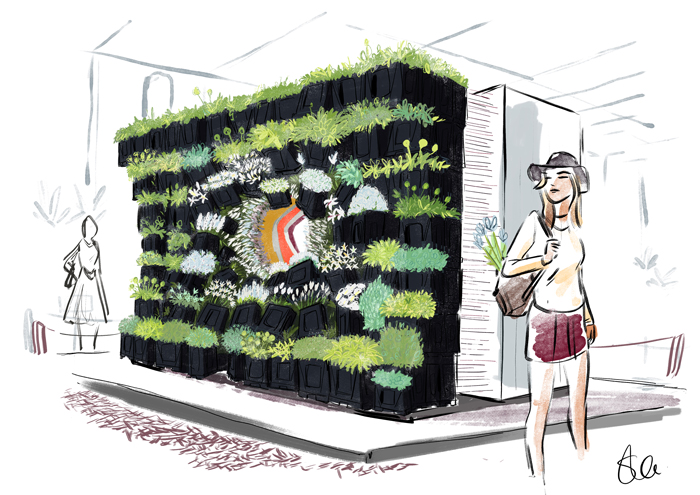 In what promises to be one of the dramatic highlights of the 2016 RHS Chelsea Flower Show, the New Covent Garden Flower Market’s ‘Behind every great florist’ exhibit is set to explore the intrinsic relationship between London’s wholesale flower market and the independent florists it supplies.

The fresh artwork from the creative team at Veevers Carter reveals the Market side as a three metre high wall of black market-style buckets, each densely packed with flowers and foliages in a restrained palette of green and white.

Bringing a taste of the Market to Chelsea, the Market side will feature a fragrant display of philadelphus, freesias, arums, hydrangeas, lilies, guilder rose, lilac, tulips, carnations and many other popular and loved flowers. Towards the centre of Market wall, the black buckets are pulled into a central break, travelling through a core that depicts the designers’ creative thought space.

The flowers on the opposite façade, the florists’ side, then erupt in a riot of colour in homage to every great florist. The mystery of the image will remain a closely guarded secret until the RHS Chelsea Flower Show itself. 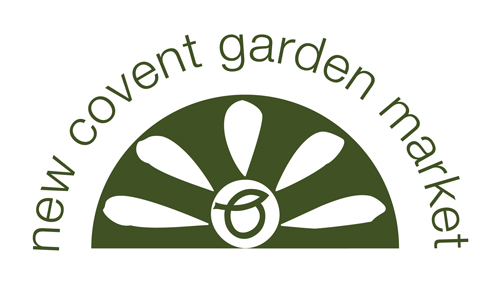 On the Florists’ wall, Veevers Carter intend to create each layer as a scented tapestry of flowers, using cut materials from all over the world to include a variety of flowers including alstroemeria, lilies, hydrangea, gladioli, tulips, anemones, ranuculus and phlox.

The two sides of the story are bound together by a mass of coloured ribbons, representing the strong bond – both professional and personal – between the Market and its community of professional, independent florists.

The exhibit will be staged on a prominent island site in the Great Pavilion just off Main Avenue (GPB127).