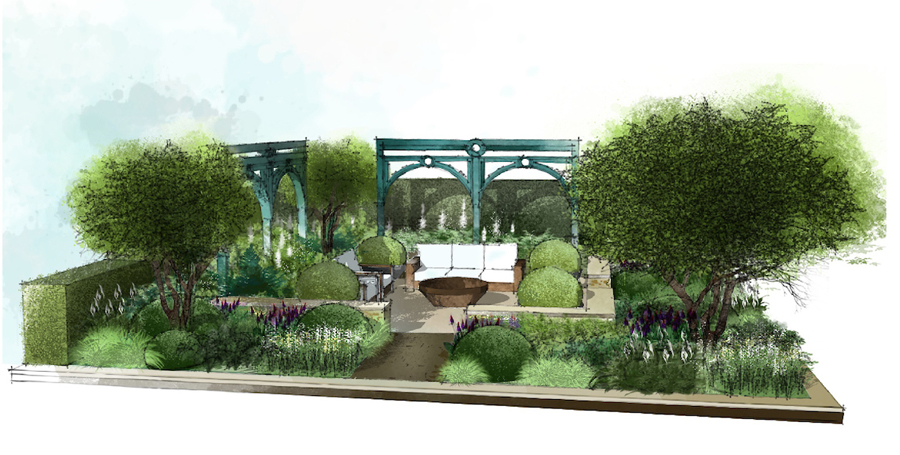 This 500 years old much-loved part of London originated as the orchard garden belonging to Westminster Abbey before becoming a thriving market place and home to London’s iconic flower sellers.

The design will immerse visitors in a blend of the area’s rich floral heritage while iron structures on the garden will hark to the distinctive arches of the Market Building in Covent Garden today.

The Show Garden is sponsored by Capco, the landowner and steward of Covent Garden, in partnership with Sir Simon Milton Foundation, the Westminister based charity which champions opportunities for young and old. In celebration of the close long-standing relationship between the partners, the subject matter for the garden was chosen to provide a unique space reflective of the neighbourhood, past and present.

The central feature will include a mature, 60 year-old apple tree, harking back not only to the early beginnings of ‘Covent Garden’ as an orchard, belonging to and supplying the monk’s table at Westminster Abbey, but also to the 300 year-old provenance of the neighbourhood as a fruit and flower market.

Flowering herbaceous plants will reflect the colours of apple blossom. Reclaimed cobble pathways will guide visitors into the centre of the garden, just as the surrounding streets do into Covent Garden’s Piazza. A central seating area, paved with reclaimed York stone, provides a place to sit and relax, inspired by the social and modern dining environment of the Piazza which, as London’s first public square, was designed to bring people. 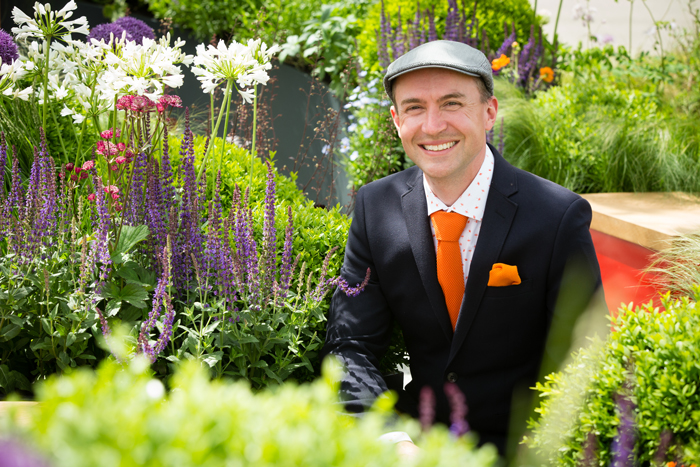 Lee (pictured above)is incredibly excited about bringing retired orchard trees to Chelsea to help tell the fascinating backstory of Covent Garden through a beautiful, relaxing space designed for people to share a special moment in together: “Just like the Covent Garden we know and love today,” he says.

Sponsor Capco creative director, Beverley Churchill commented: “We are thrilled to be celebrating the rich heritage of Covent Garden, with a garden that we are proud to sponsor on behalf of the Sir Simon Milton Foundation, at this year’s Chelsea Flower Show. Lee’s design for the garden is remarkable and demonstrates our ongoing passion and commitment to creating high quality green open space for the public to enjoy at both of our London estates“.

Cllr. Robert Davies MBE, DL., founder and trustee of the Sir Simon Milton Foundation and Deputy Leader of Westminster City Council commented that they were delighted to be back at the Chelsea Flower Show and working with Covent Garden to share the vision of offering more opportunities, spaces and activities for those living in the capital: “We strive to continue Simon’s vision of a society in which communities care, the young aspire and older people thrive and I look forward to seeing the many visitors at Chelsea enjoying the garden,” he said.

Yorkshire based Lee is an award winning designer who has exhibited at RHS Chelsea in 2015 and 2016. His 2017 Chelsea garden will be his first large show garden. In 2012 he was selected by Kevin McCloud as the first ever Grand Designs ‘Garden Designer of the Year’.