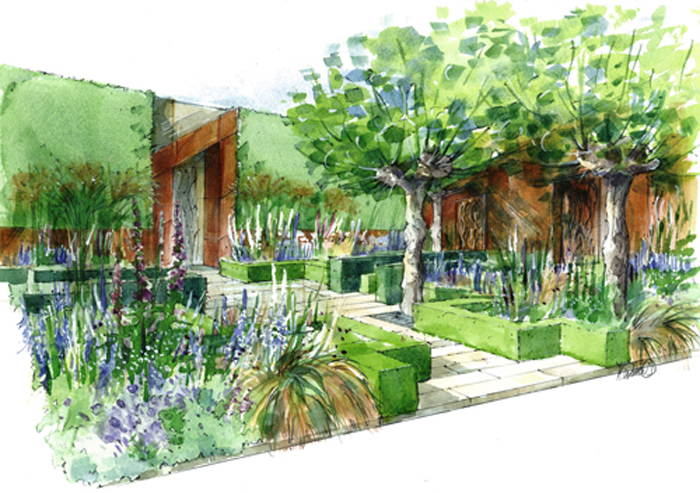 Plantsman and garden designer Chris Beardshaw has chosen to work with a selection of specialist independent British based nurseries to grow many of his star plants for the Morgan Stanley Healthy Cities Garden at RHS Chelsea Flower Show 2015.

Chris has won nine RHS Gold medals and The People’s Choice Award an unprecedented three times at Chelsea and is renowned for his verdant and original planting schemes. He began his own career working in a small nursery and he is passionate about promoting the skills and expertise of some of the UK’s smaller, lesser known growers who he believes can often provide a more unusual selection of plants to the highest standard demanded for Chelsea. 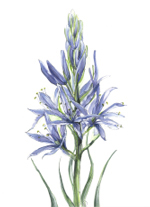 One of the nurseries he is working with is Hare Spring Cottage Plants based South Yorkshire. Stella Exely who runs the nursery is currently nurturing a large number of Camassia varieties for Chris. The stunning blue spires of the Camassia are set to be a show stopper, creating a cloud of colour that will draw the planting scheme together harmoniously. Apart from their beauty and striking colour, Chris chose Camassia as the species originates from North America where the garden’s sponsor Morgan Stanley has its corporate headquarters.

Another selected nursery is Todd’s Botanics in Colchester. Mark and Emma Macdonald who run Todd’s are growing a range of herbaceous perennials for the show garden including, Geranium palmatum, Anchusa Loddon Royalist, Papaver somniferum and Primula Bulleyana. Chris’ association with Todd’s goes back a long way, as he originally lectured Emma when she studied at Pershore College.

Over the years Chris has developed a reputation for always trying to inject new and exciting plants into his Chelsea Show gardens – in 2012 he showcased the previously out-of-favour rhododendrons and azaleas, in his Furzey Show Garden and in 2013 he used fantastic towering Echiums in his garden for Arthritis Research UK. 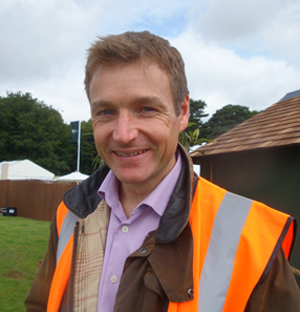 Chris (pictured right) points out that the plants are always the stars: “This year we really wanted to showcase the talents of smaller specialist British growers as we believe they can provide us with out stand out plants for the garden,” he says. “Some of these nurseries have never grown plants for a Chelsea show garden before but they have confidently taken up the challenge and are using their wealth of knowledge and passion to grow the highest quality plants for us to work with.”

He is looking forward to getting his hands on the plants and putting the final scheme together as this is his favourite part of any show. Chris is quite spontaneous and likes to work with the colours and textures of the plants as they arrive so he can then create the final tapestry.

The Morgan Stanley Healthy Cities Garden will be relocated after the show to become the central feature of a new community project in Poplar East London. This project builds on the firm’s 40+ year commitment to improving the health and wellbeing of children through philanthropic community involvement.

In his design, Chris takes a holistic view of what makes a city healthy and, by definition, what gives rise to a healthy community. The formal structure of the hedges, paths and walls, will symbolize the physical infrastructure of a community. The internal, interwoven knot garden creates a framework for the vibrant planting scheme and hints at the ties of friendships and the rope knots used in the East End’s historical shipping industry.

Chris is involved with a wide range of horticultural projects and educational initiatives. He is a regular panelist on Radio 4’s Gardeners’ Question Time and BBC’s weekly Beechgrove Garden.

Chris is a popular designer at Chelsea and I am looking forward to seeing The Morgan Stanley Healthy Cities Garden which will be located on Royal Hospital Way.