Dig for health, not injury 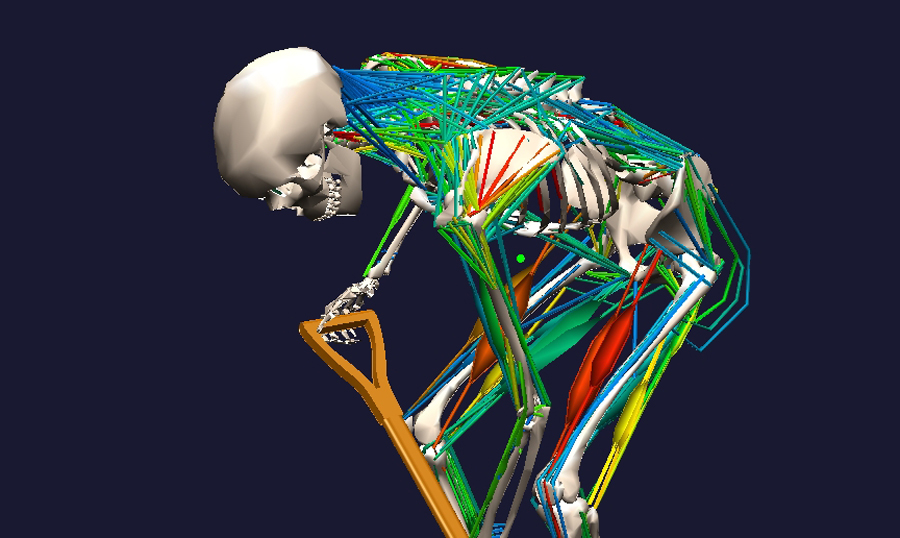 New research from the Royal Horticultural Society (RHS) and Coventry University reveals that a bad digging technique can as much as double the load on the joints in the body, leaving people susceptible to chronic injuries.

The results, published in the journal HortTechnology, reveal the risks that the nation’s 27 million gardeners might be running if using a bad digging technique and comes at a time when more people are recognising the health benefits of gardening.

Researchers found that loads in the lumbar region of the back – where many gardeners complain of aches and pains – could be increased by half as much again for a bad posture. Shoulders proved even more sensitive, where more than double the load was generated if bad posture was used. 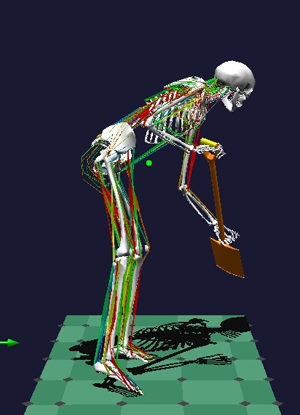 The RHS and Coventry University employed equipment usually used in the production of animated Hollywood films and advanced hospital laboratories to map the movement of gardeners while digging and measured the loads imposed on the body’s joints, bones and muscles.(pictured left: example of bad technique.)

The 3D optical tracking equipment, known as motion capture, allows the movement of the body to be captured digitally enabling the data to be analysed. This is done by BoB, a computer programme developed at Coventry University, containing a model of the human skeleton, major joints and over 600 of the body’s muscles associated with movement.

Dr Paul Alexander, Head of Horticultural & Environmental Science at the RHS points out that digging is one of the more common garden practices, yet we tend to rely upon common sense which can lead to gardeners complaining of aches and pains: “Our findings will help us ensure that both amateurs and professionals stay digging for longer; avoiding injury and improving efficiency,” he said.

Dr James Shippen, an expert in biomechanics at Coventry University’s Institute for Future Transport and Cities said that the project moves biomechanical analysis into another field: “Many of our findings agree with received wisdom on good digging techniques which has been accumulated over many years but now we can provide quantitative evidence to support that opinion on what makes a good digging style,” he added. 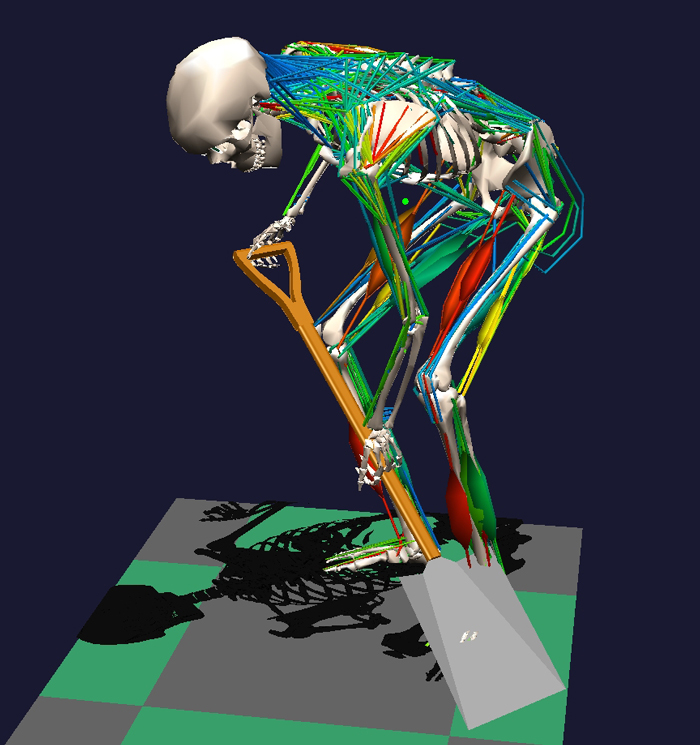 Pictured above: an example of good digging technique

Large loads are associated with increased risk of osteoarthritis, the most common form of joint disease. The research found that good gardening practice involves using a regular, repetitive technique rather than erratic movements. A good technique has minimal back bend and large knee bend whereas a bad posture was characterized by large forward bending, stretching limbs and uncontrolled motion.