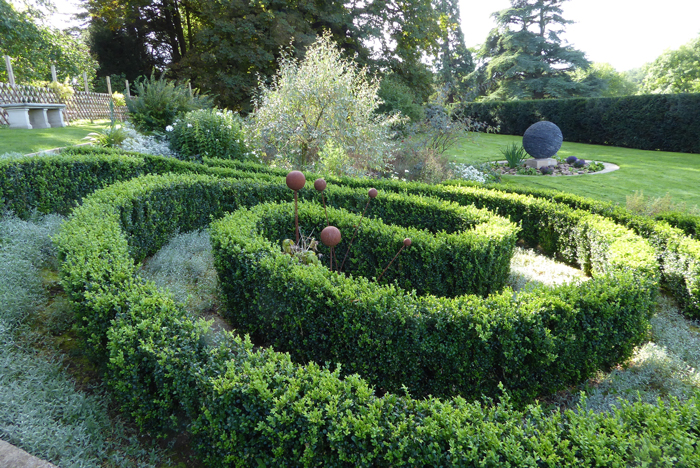 As I’m busy throughout the growing season, gardening and writing in rural Northumberland, I relish a chance to get away and visit other people’s gardens when giving a talk. I was booked to speak to the South Lincolnshire Garden Society, an enthusiastic and knowledgeable group that meet in Folkingham. This meant I could spend a morning at Easton Walled Gardens, a place that I had read about and which had been on my garden visiting wish list. Ursula Cholmeley showed me round on a warm September morning, a blue sky day of backlit dahlias and burnished meadow grasses. 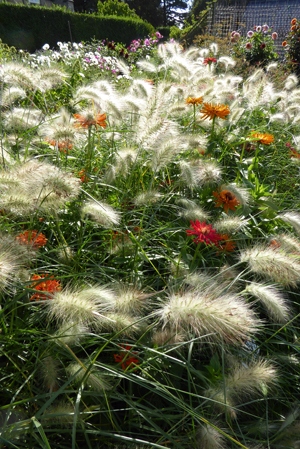 There’s something thrilling about the story of an abandoned garden, recovered and remade but carrying with it the memory of its near loss. Ursula says that had she waited five more years it would have been too late to save. Easton Hall is one of Lincolnshire’s vanished houses and its gardens became choked and overgrown after the hall was demolished in 1951. There had been a house on the site since at least 1592 but it is the Victorian mansion that is mostly visible in the Country Life photographs taken in the early 20th century. Like so many lost houses it was requisitioned and damaged during the Second World War, being pulled down shortly afterwards; a sad end for a place described by US President Franklin D. Roosevelt as “a dream of Nirvana……almost too good to be true”.

When Ursula married Fred Cholmeley and moved to Easton in 1993 there were no plans to revive the gardens, the most pressing concern being the estate and its buildings. Photographs in the History Room at Easton show the state of the gardens with trees rooted into the stonework of the beautiful bridge, brambles and nettles crowding dilapidated outbuildings, collapsed roofs, hidden paths and terraces. Then, with no budget, Ursula, a passionate gardener, started work on the gardens in 2001, helped by family and friends. It took the next 18 months to clear away the trees and scrub that had overwhelmed the 400 year old garden. With much local support, the understanding of early visitors and the arrival of Senior Gardener, Stephen Marsland, the first gardener for 50 years, the 12 acre garden was gradually reclaimed and revived. 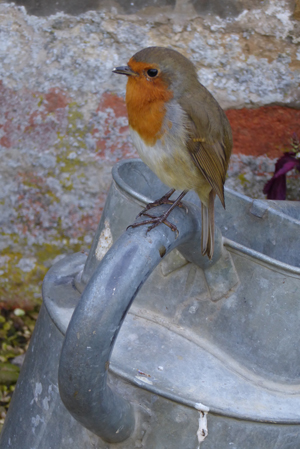 We began our walk by the scattered stonework which is all that remains of the house. The soil here and over much of the site is thin, so Ursula has planted a mass of thyme. The land falls away in a series of five terraces with descending stone steps, dropping down to the River Witham, crossed by the ornamental bridge. It then rises up again and its on this gentle slope that the Tudor walled garden is laid out. A delightful pair of buildings face each other, now used as a Tool Tower and Apple Store, the ground between them planted with local varieties of fruit and nut-bearing trees: hazelnuts, quinces, apples, plums, pears and greengages. David Austin roses are planted into long grass and there are meadows of camassias, vetches, grasses, yellow rattle and orchids. Running down the centre is a long yew tunnel, outgrown hedges that have been left as another layer of the garden’s history.

Ursula has created long herbaceous borders on the outside of the walled garden. Principally white and yellow, they looked prettily soft in the September light with phlox, heleniums and huge mounds of catmint spilling onto the raked gravel. I could see through the clear waters of the Witham and spot native crayfish amongst the waving green weeds.

We walked back up the terraces, through meadow grasses, past seedheads of knapweed, to reach a series of more intimate enclosed gardens. In the greenhouses of the Cottage Garden, brown paper bags were hanging, containing seed pods from Easton’s famous sweet pea collection that were being dried before being sold in the shop. Next door is the Vegetable Garden, its neat long beds held back by railway sleepers with runner beans trained over arches down the central path. 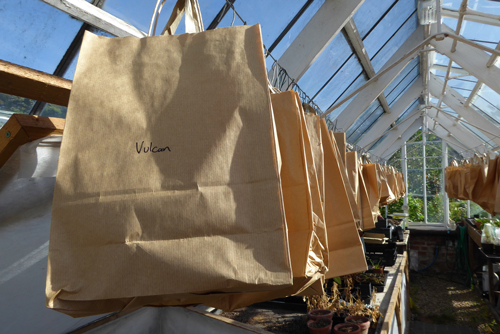 The nearby Pickery, a cut flower garden enclosed by hedges and garden buildings, is where the sweet peas are grown and celebrated in an annual Sweet Pea Week. There are 100 types of heritage, modern, scented, striped, flake and bicolour sweet peas, grown on wigwams or as cordons. The low sun lit up the feathery heads of massed Pennisetums and shone through dahlias, zinnias and rudbeckias. Ursula said that there was a very noticeable improvement in the soil from winter sowing green manures that are dug in by spring. A tame robin sang its autumn song and hopped onto a watering can next to the potting shed. Visitors sat in the sun outside the tea room. 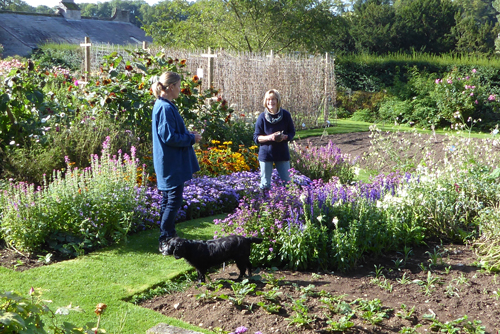 (Above: Ursula chatting to volunteer Linda in the Pickery)

There are contemporary layers to this revitalised garden. A turf maze is shaped as a wheat sheaf, the Cholmeley family crest in a sculpture made by Joe Smith and his daughter. The Cedar Meadow has been planted with 20,000 bulbs for spring colour, and the White Space Garden is to Ursula’s own design, a swirl of box hedges with symbols reflecting our understanding of the universe. Filled with white and silver plants, a round border is set into the grass in front of it, at the centre of which is a globe sculpture in slate. Close by, the Velvet Border is a place for experimentation in texture revealing some surprising colour combinations.

This is a garden that has gone through many phases over its 400 years. More people enjoy it now than at any time during its history, visitor comments being full of warmth. There’s a lovely little summerhouse that you can rent by the day. And perhaps best of all if you book to stay in the newly restored Gatehouse Lodge you can visit the gardens in the evening when everyone else has left…..

Susie White is a gardener, writer and lecturer, and a member of the Garden Media Guild. http://www.susie-white.co.uk