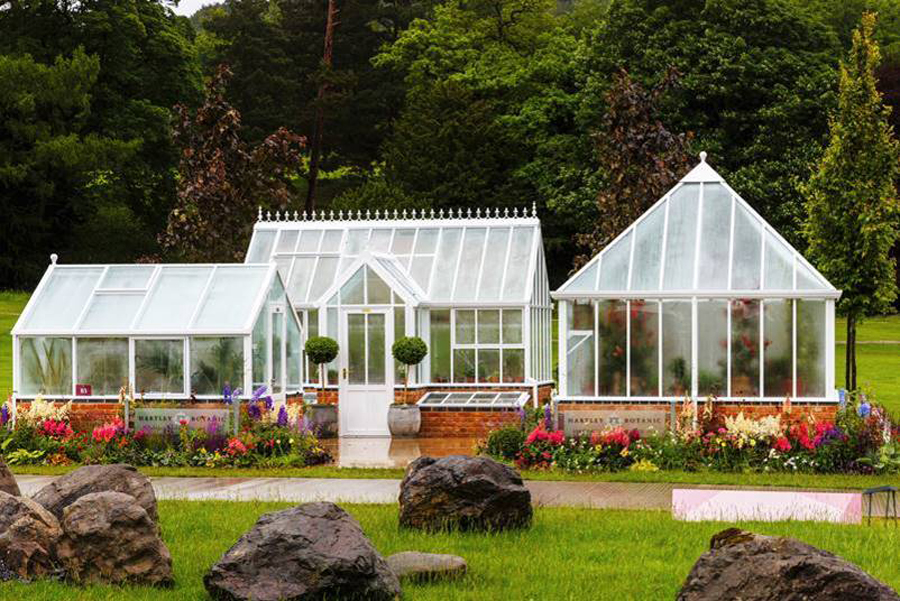 Visitors to the Hartley Botanic trade exhibit at the RHS Chatsworth Flower Show were treated to a wonderful variety of planting as well as some greenhouse gardening nostalgia.

Sadly, the weather was not kind to RHS Chatsworth but everyone overcame the wind and the rain to build magnificent stands and gardens nevertheless and it didn’t diminish from the enjoyment of this great show.

A white Hartley Botanic Victorian Villa glasshouse, rammed full of different types of edible plants gave the feel of a functional working greenhouse and how it would have been used in the 1950’s as well as how we still use greenhouses today.

Also featured was a greenhouse designed and built by the company in the 1950’s and still in excellent working order. This added to the stand’s vintage, nostalgic feel and also illustrated the quality and longevity of a Hartley Botanic structure. 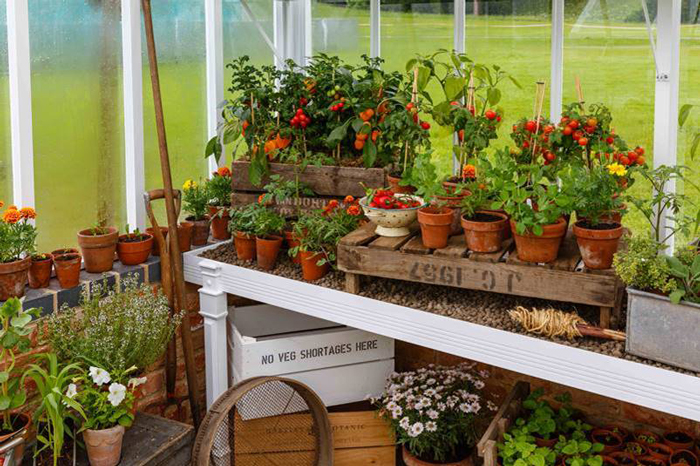 Tom Barry, Managing Director of Hartley Botanic commented: “We are thrilled about our second 5 star tradestand award this year! As well as making their gardening dreams a practical reality, owning a Hartley Botanic greenhouse or glasshouse adds a real, nostalgic warmth to our customers’ lives. Customers often remember enjoying a greenhouse or glasshouse with their parents or grandparents, and as the longevity of our 1950s model shows, they will likely be able to pass this down to their own children or grandchildren. Our greenhouses, particularly those in the more classic styles, also remind some customers of a romantic, bygone era when gardening was an even greater part of everyday living and perhaps more treasured as a pastime. There is a palpable charm about owning a greenhouse or glasshouse and we wanted to capitalise on this through our nostalgic stand.”

Thomas Hearn, Director at Base Squared added: “We wanted to create an overall concept for the greenhouse display which would help potential customers to visualise how they could look and be used in their own gardens. As well as being nostalgic, the individual plantings and themes (eg: tropical hot house) should be inspirers for keen gardeners. It was also important to us that the stand blended sympathetically into the beautiful Chatsworth House setting. As well as the colour tones of the stones used we also used reclaimed bricks for the greenhouse structures in mellow tones to blend well with the plantings and backdrop.”

Planting in the greenhouses was really special so we have included the Hartley Botanic – Plant List.

All Hartley Botanic greenhouse/glasshouses are made to order. For information visit: https://www.hartley-botanic.co.uk