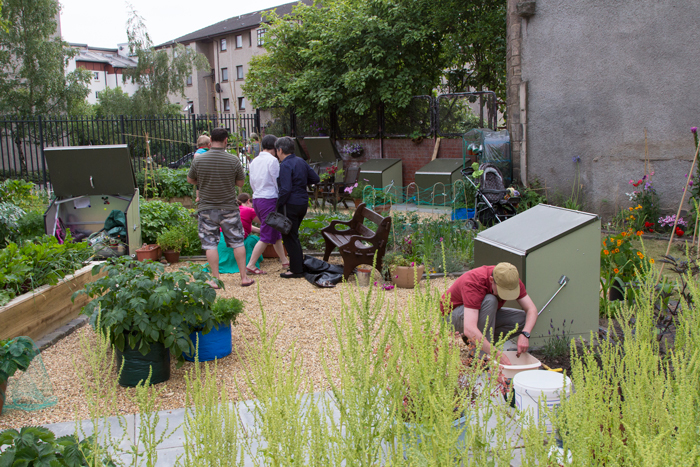 The Royal Horticultural Society (RHS) have teamed up with the BBC and will work in partnership with BBC Gardeners’ Question Time to highlight the positive environmental benefits of returning the green to our streets.

A section of a Bristol residential street serves as the inspiration for the design at the Show which runs from 30th June to 5th July 2015. The stunning walk-through show feature, designed by Nigel Dunnett and The Landscape Agency, will showcase RHS scientific research to demonstrate the positive environmental benefits of increased planting in grey spaces.

The ‘Greening Grey Britain’ garden feature is inspired by the garden of the Bristol’s Kensington Street’s St Mungo’s Hostel, which is currently covered with an uninviting layer of gravel. However, gravel will only be the starting point for the Hampton Court garden feature, with the reimagined space being transformed into a welcoming oasis of plants.

The transformed space will illustrate how horticulture could dramatically improve the outdoor environment for the 10 residents living at the temporary home, some of whom have complex needs through former homelessness, addictions or mental health issues.

After the show, elements of the garden, constructed by Landform UK, will be transported to Bristol to be installed in a community space, ensuring a lasting legacy that will benefit not just the residents of St Mungo’s but the wider area.

BBC Radio 4 Gardeners’ Question Time (GQT) also charged Nigel with creating a second part of the community street, which will take visitors on a journey, demonstrating how a row of dull and grey, urban front gardens can be transformed into beautiful, but practical spaces. 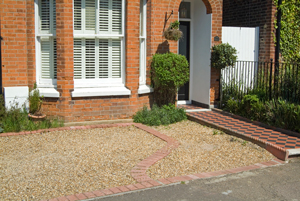 With hard surfaces in London gardens alone increasing by two-and-a-half times the area of Hyde Park each year, a solution to tackle the increasing spread of grey is key to ensuring the future wellbeing of the population.

Nigel Dunnett, who is Professor of Planting Design and Vegetation Technology at the University of Sheffield, is delighted to be designing the garden: “Being creative with ecological ideas, mixing science and art and using gardens and plants to deliver environmental benefits has always been at the heart of what I do,” he says.

“Now, more than ever, it is essential that we champion the role of horticulture, gardens and plants as being in the vanguard of how we address the multiple challenges of climate change in our built environments. We need to fill our cities with plants and to be radical and innovative in how we do it. We need to start a revolution,” he continued. 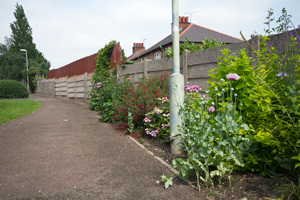 Nigel explains that the garden aims to show how this can be done even in the smallest of places, in community spaces, in private gardens and in the wider public realm: “We want to bring all these benefits to life for show visitors and to demonstrate how we can do this in ways that are beautiful, exciting and full of meaning,” he said.

This year marks the 25th anniversary of the RHS Show at Hampton Court Palace. Over the years it has delighted and inspired millions of gardeners and the Greening Grey Britain Garden is a fitting way to celebrate the anniversary of the show.

Dave Green, Show Manager, RHS Hampton Court Palace Flower Show, commented that he couldn’t think of a better way to celebrate the transformational impact of horticulture in this special year than by showcasing worthwhile educational projects such as this: “The show has community gardening at its heart and it’s great to be able to bring the work of the science and community teams together in a flagship exhibit,” he says.

The St Mungo’s project was selected from 13 projects submitted by RHS Britain in Bloom groups from across the country. 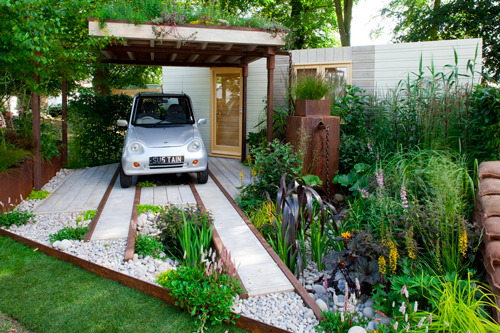 Now as part of its Greening Grey Britain campaign, the RHS is calling on people to make a stand against insidious, depressing concrete sprawl and turn the unloved and unspectacular parts of our neighbourhoods into something beautiful to benefit the whole community.