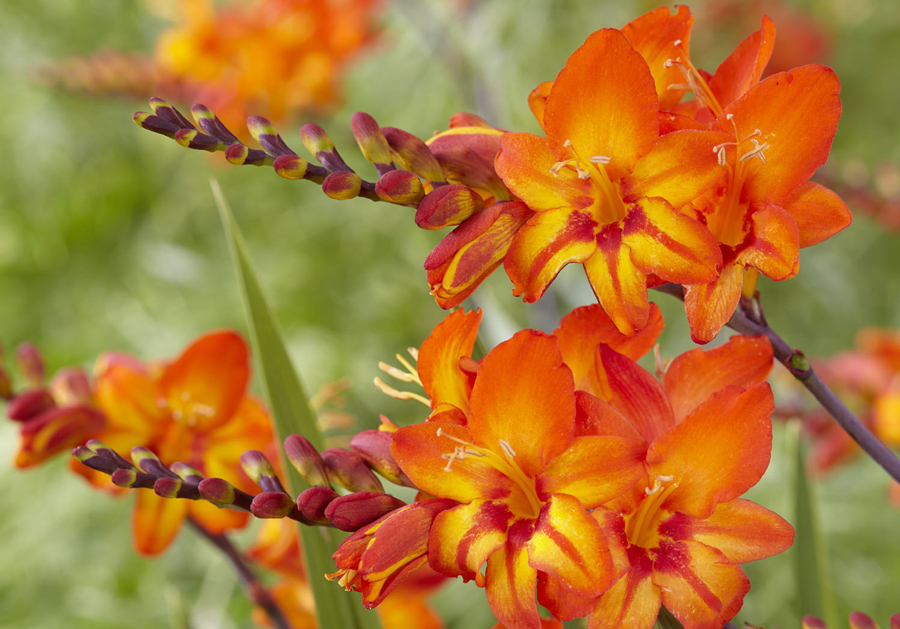 The new Firestars Series of Crocosmia has been developed by Paul Lewis, an amateur plant breeder and hybridiser, specialising in Croscosmia and Gladiolus on the Isle of Wight. Paul has spent the last 25 years breeding new varieties on his allotment and garden. His most notable success to-date has been Crocosmia ‘Paul’s Best Yellow‘, which was recently awarded an RHS Award of Merit. 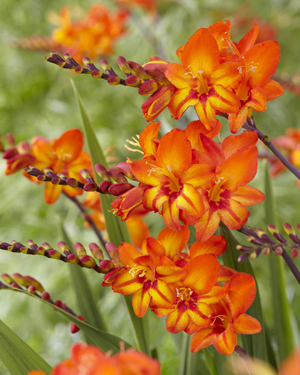 Rob and Rosy introduced Paul to the commercial nursery Walter Bloms Plants in Holland and they trialled several of Paul’s introductions. The best performers have been selected for launch as the new Firestars Series to be grown and sold to gardeners from Hardy’s Cottage Garden Plants.

Visitors to the Hardy’s stand will be able to view a vibrant display of the new Crocosmia Firestar ‘Hotspot’ (pictured left and banner above) and Firestar ‘Scorchio’, both it would seem very appropriate given the current UK heatwave.

Commenting Rosy Hardy said: “We are delighted to be able to launch these two new exciting hot coloured Crocosmia at RHS Hampton Court Palace Flower Show. Breeder Paul Lewis has devoted the last 25 years to producing these stunning plants and we are looking forward to introducing them to gardeners this summer.”

Rosy also points out that it is 25 years since the RHS took over the running of Hampton Court Palace Flower Show: “That 1993 Show was a very special one for us as we received our first RHS Gold medal and we also won the Tudor Rose Award for the Best Floral Exhibit! So, we are looking forward to celebrating the anniversary with hopefully, another award-winning display, a quarter of a century on!”

The new Firestars Hotspot and Scorchio cost £8 For a 3 litre pot and will be available to buy from Hardy’s stand at RHS Hampton Court Palace Flower Show, from their Nursery in FreeFolk, Hampshire or online at www.hardysplants.co.uk