JMW Turner’s garden about to bloom after restoration

The garden of Britain’s most famous landscape artist, JMW Turner at Sandycombe Lodge, Twickenham, is ready to burst into bloom this spring after major restoration work.

The restoration will show off the garden’s new design and planting scheme, completing a major restoration project of both the house and grounds. 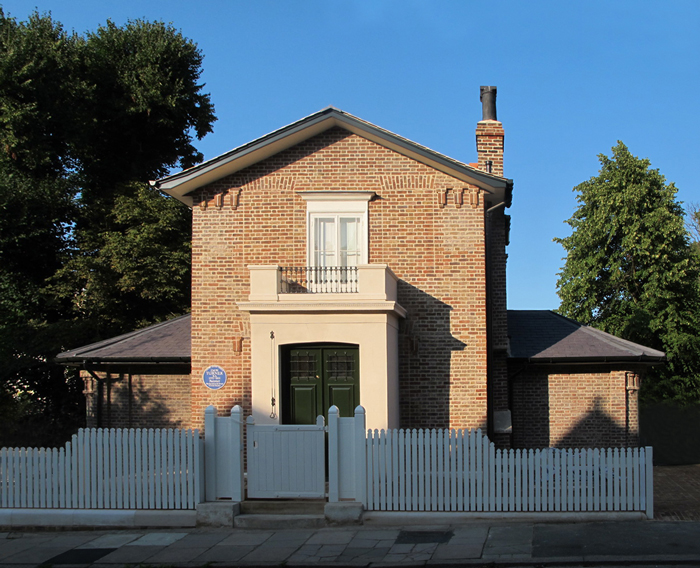 Turner’s House is unique for having been designed by the 19th century artist and is his only former home now open to the public.

In his teens Turner took lessons in architectural draughtsmanship, and once said that if he had had his time again, he would have been an architect. Sandycombe Lodge represents the realisation of his ambition and has recently been restored to his original design thanks to Heritage Lottery funding. Recognising the importance of the house, Turner’s only 3D artwork, the new garden layout acts as a frame for views of the lodge, both from the street and from the garden. 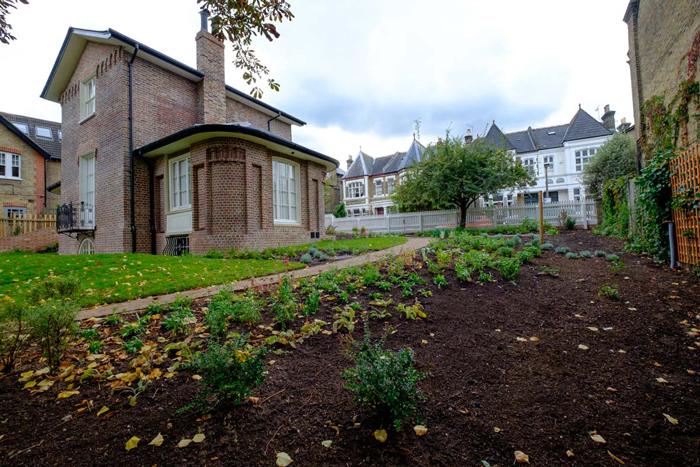 Although the present garden is much smaller than in Turner’s day, the design has been informed by a drawing made by William Havell in 1814 shortly after the house was built. This shows an informal scheme of cottage garden plants close to the house, with a sunlit sloping lawn. Turner made his own sketches of the site with his ideas and follows the Regency fashion of integrating the lodge with its landscape.

Just as the design of his home was influenced by his friend John Soane’s country villa of Pitzhanger Manor, so the replanting was also informed by Soane’s garden. The restoration planting scheme, devised by heritage expert Ellen Bramhill of Historic Environment Associates, has been a careful balancing act considering both historical precedent and current horticultural conditions and promises to give colour and interest all year round. 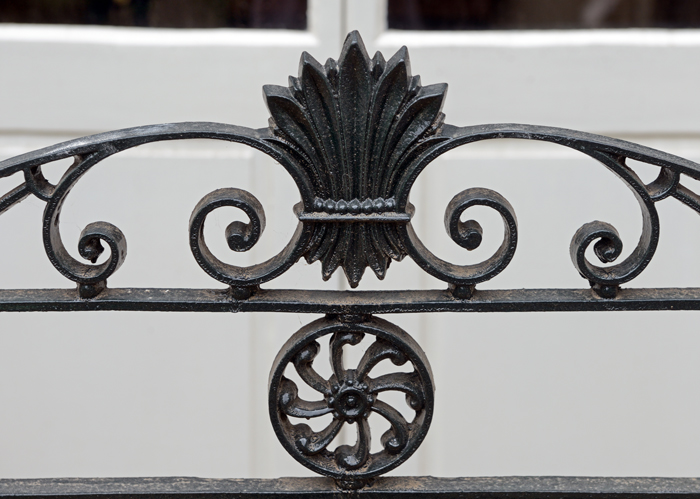 In the banner at the top of the page, we see the view from Turner’s house of the wider landscape (see banner above) – he would have been able to see the Thames from his bedroom window – and this doubtless would have been a decisive factor for him in buying the plot. The river is a favourite theme in his paintings, especially from Richmond Hill. The restoration has been designed to direct long views eastwards from the house to promote a sense of being in a wider landscape, in spite of the plot now being diminished in size and surrounded by urban development.

When Turner owned the land between 1807-26, it was surrounded by woodland and fields. His sketches show the lane to the front edged with hedgerows and the whole plot surrounded by a low picket fence, which has been reinstated at the front. These landscaped gardens would have given Turner a sanctuary from the hurly burly of London life and it is known he enjoyed picnicking and writing poetry there.

Spring will see a variety of historical bulbs including varieties of ‘broken’ or Rembrandt tulips followed by roses coming in to flower in May and June to include the Provence, Old Blush and Autumn Damask Rose, as well as wild roses. Like the tulips, these have been chosen for their sweet scent and pink and white petals. 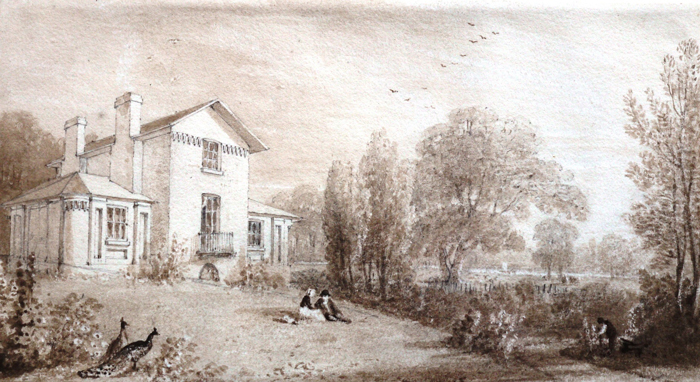 Drawing by William Havell (above)

The house and garden is open from January 24th 2018, and the gardens will officially reopen this spring.

Picture credits: All pictures ©Turner’s House Trust including the drawing by William Havell.