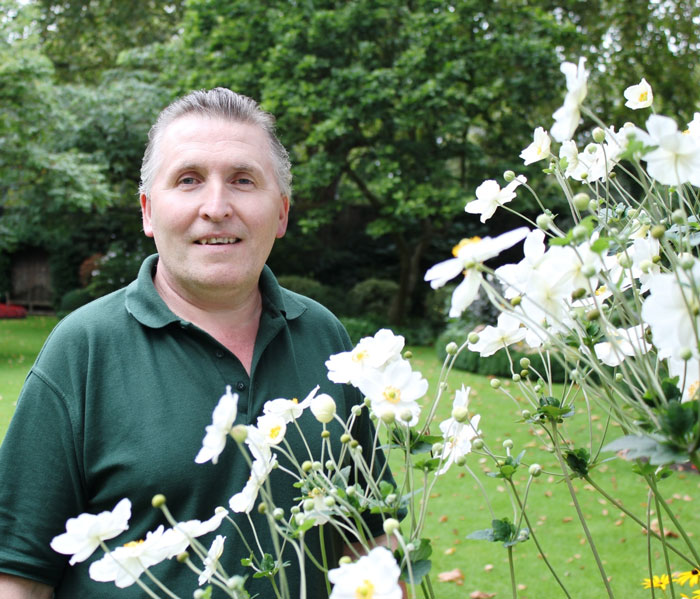 The Royal Parks’ gardener who has kept the grass green and the roses smelling sweet for five British Prime Ministers has been awarded the British Empire Medal (BEM).

For the past 26 years, Paul Schooling, from Romford, Essex, has been the main gardener at 10 Downing Street, which has seen him mowing the lawn for Prime Ministers Margaret Thatcher, John Major, Tony Blair, Gordon Brown and now David Cameron. 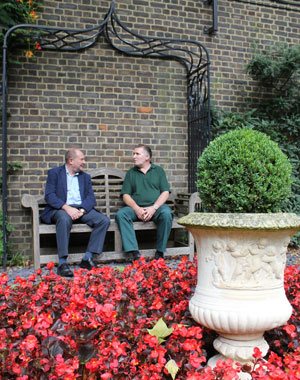 He thanks Her Majesty the Queen for his long career in gardening, when at the age of 18 he wrote to her asking for a job at Buckingham Palace – the reply sent him in the direction of the Royal Parks where he started work at the Hyde Park nursery before later moving to St James’s Park and tending the gardens at the Houses of Parliament.

Paul comments that he treats the gardens at Downing Street like they are his own: “Even though I don’t do a lot of work on my own garden because I don’t have the time,” he says. “In fact people here tend to ask me how my garden is rather than the Downing Street garden.”

While he has many stories to tell during his time at Downing Street, he says his biggest highlight was preparing the garden for the visit of US President Obama in 2011, describing it as “a visit by one of the most important people in the world.”

He narrowly escaped injury during the Downing Street bombing in 1991 after he booked a day’s leave because of snow.

Having received a letter from Downing Street informing him about his BEM Paul said: “I am absolutely delighted and chuffed, if a little surprised. This will definitely be up there with some of the highlights of my career at Downing Street.”

The Royal Parks consist of 5,000 acres of historic parkland providing unparalleled opportunities for enjoyment, exploration and healthy living in the heart of London. Each year there are an estimated 77 million visits to London’s eight Royal Parks.