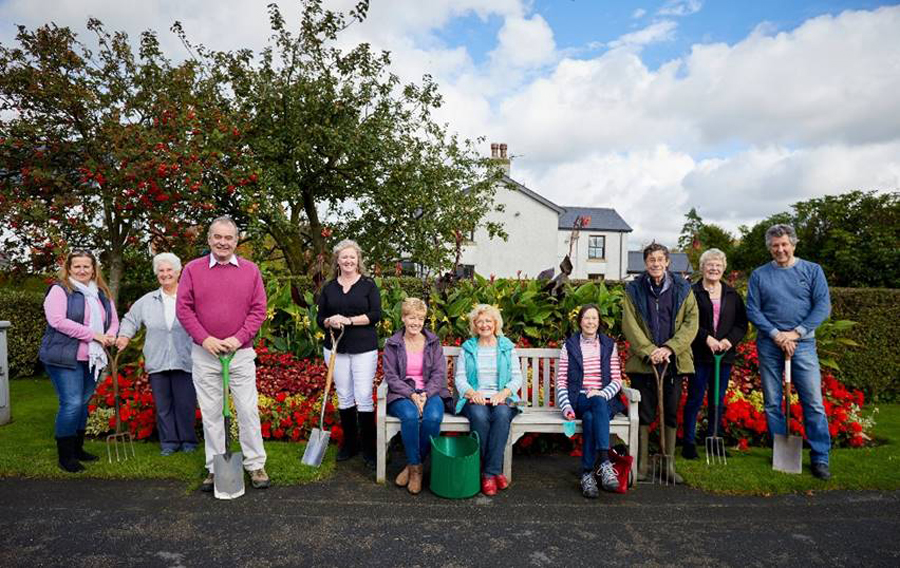 The residents of Elswick, a village in Lancashire, (pictured above) are celebrating after being named Champion of Champions in the Royal Horticultural Society’s (RHS) Britain in Bloom UK Finals, seeing off competition from 77 other communities across the UK.

The coveted title recognises Elswick, a former agricultural village which at the turn of the century was uncared for and blighted by litter, vandalism and antisocial behaviour, as one of the cleanest, greenest and most beautiful places in Britain in 2017.

The village battled against Aberdeen, Harrogate, Hillsborough in Northern Ireland, Oldham, Portishead and St Peter Port in Guernsey to scoop the prestigious award.

As well as winning their category, Elswick was awarded a Gold medal, reflecting the exceptionally high standard reached across the three key criteria that groups are marked on.

Their entry impressed the judges with its high impact floral displays, attention to detail and 1,000 strong support base which has translated into a wealth of stunning front gardens and business premises. In the last year alone the group has re-planted 600 native primroses, planted 2,000 crocus corms, 500 tulips and a further 1,000 bluebell bulbs as well as installing additional bat and bird boxes and bug hotels. Outdoor classroom areas for the local primary school have been provided and the innovative Christmas tree recycling scheme, where discarded trees are used to help stabilise sand dunes on the nearby coast, has been another feature of this award-winning entry.

Roger Burnett, Chair of the RHS Britain in Bloom judges, said: “It’s clear that for the people of Elswick, Britain in Bloom is not only a competition but a way of life. Their entry was fantastic, very well thought through and of the highest standard.

“To be awarded Champion of Champions is a tremendous achievement. The group and its many volunteers should be applauded for how they’ve turned the village round into somewhere that is clean, green and beautiful and a source of pride for the whole community.”

The Bothwell Community Garden, Bothwell (Scotland) received an RHS Discretionary Award for Involving Children and Young People as well as an award for Gardening in a Changing Climate. The Parks and Green Spaces discretional award went to Seaton Park, Aberdeen.

Britain in Bloom is now in its 53rd year and, for the first time, a new BBC Two series following the quintessentially British competition, is set to air in spring 2018. This year, 78 Britain in Bloom groups were chosen to fly the flag for their region or nation, in a competition following success in their respective areas last year.

For information about how your community can get involved in gardening visit:  https://www.rhs.org.uk/communities