It’s the last few days of build-up for the Wedgwood Garden team at this year’s (2018) RHS Chelsea Flower Show and we’ve caught up with award-winning designer Jo Thompson, to find out how everything is going.

Jo has designed the garden so that Wedgwood’s colours and concepts from the past will be given a fresh modern take. Aimed at the successful strong woman, the garden encompasses Wedgwood’s vision for sophistication and elegance, providing Jo with the perfect background for an innovative and feminine space.

Jo points out that although planting in the garden is inspired by Josiah Wedgwood’s 18th century colour trials, very similar colours were all over the SS18 collections at London Fashion Week: “They also reminded me of some of my favourite flowers, the flag irses, salvias, geums and digitalis,” she said. 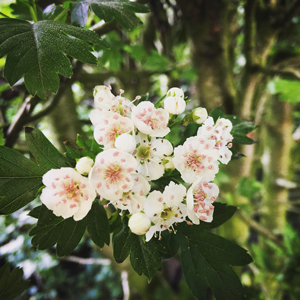 So what was the first day on site like? “It was just fantastic to get on and get started,” said Jo. “As designers, we are ‘doers’ once we’ve decided to do something we just want to get on and do it and the last days before breaking ground are excruciating,” she adds.

So far, the build is going really well. Jo admits there are things that need tweaking but so far it is all running pretty smoothly: “It’s an incredibly complicated build and we’ve got a lot of different trades all working around each other but that’s why a good, experienced team is essential,” she says. 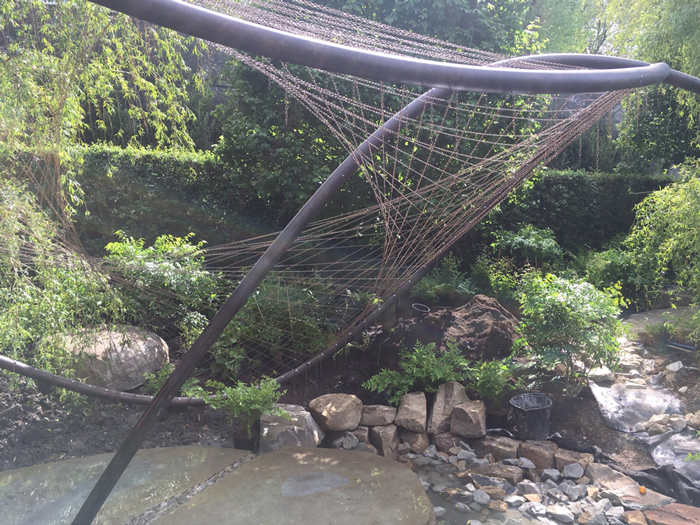 The garden is indeed complicated. The centrepiece is an amazing sculptural pavilion (above) which represents the curves of femininity and innovation at the same time. It will appear to sweep as if tracing the path of a firefly and will touch the ground with an almost imperceptible lightness. The inspiration for the pavilion was drawn from renowned sculptor Barbara Hepworth’s delicate Winged Figure, crafted in 1961 for the flagship John Lewis store in Oxford Street and it sounds amazing. 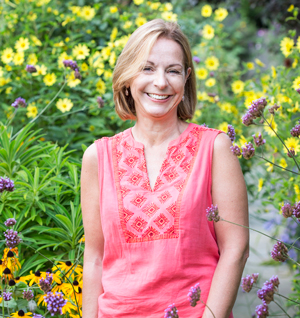 The curved structure is a collaborative effort with ‘The Seduction of Curves’ author Allan McRobie and the department of engineering at Cambridge University. Jo points out that they started excavation for the pond on the second day of the build: “The hedging and specimen trees were delivered the day after and installation of the sculpture was the day after that,” she explains. “The main plant delivery arrives towards the end of the second week so it’s really important to have a close-knit team as we all have to work around each other and be mindful of what is going on around us.”

Jo (pictured left) is one of the UK’s foremost plantswomen and known for her excellent choice of roses on her designs. On this year’s show garden look out for Rosa multiflora, a particular favourite that Jo featured on the Wedgwood RHS Chatsworth garden last year. Hopefully, it will be in prime condition so as to feature on the garden. Indeed, the garden is settling in so well that a hawthorn is now in full flush in its new temporary home.

One of the more unusual aspects of the build has been the finding of hundreds of stone bottles. It is surprising that no previous garden team has come across the bottles, considering how many show gardens will have been built on the site. Out of the hundreds they found they managed to salvage one. I’m sure they could tell a story!

Asked what it’s like to be back at RHS Chelsea, Jo said: “It’s really exciting to be back. RHS Chatsworth was wonderful but there is something unique about Chelsea. This year I’ve thoroughly enjoyed working with Allan MacRobie and the team from Expedition Engineering. They have managed to make my imagined sculpture into a reality and I can’t wait to see it take shape. Working with Wedgwood has also been fantastic and it’s an honour to be working with such an iconic British brand.”

Jo’s is one garden I am really looking forward to seeing on press day and we wish her and the team all the best in the final few days before the curtain goes up on the 2018 RHS Chelsea Flower Show.