The Lemon Tree Trust garden at the 2018 RHS Chelsea Flower Show, (22nd May to 26th May 2018) will be the first in the show’s 105 year history to be designed with the input of refugees.

The Lemon Tree Trust Garden, will promote an important message – Growing Food, Growing Home, Growing Dignity – and will highlight the resilience, determination and ingenuity of refugees living in Domiz camp in Northern Iraq.

The garden will be designed by exciting young designer Tom Massey, who will be making his Chelsea debut. The importance of gardens and gardening to the thousands of displaced people trying to rebuild their lives with the support of the Lemon Tree Trust in Domiz camp, will be at the centre of the design. 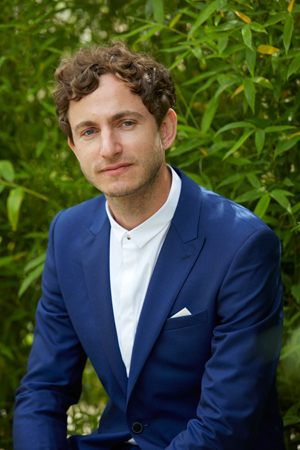 Tom, (pictured left) who is progressing to a main avenue Chelsea garden after two successive show gardens at RHS Hampton Court Palace Flower Show, points out that his design for Lemon Tree Trust reflects the hidden beauty that can be found within refugee camps: “The garden is inspired by the resilience and determination of people in situations of forced migration and displacement,” he explains. “Their dedication to create gardens to grow food and beautify their limited personal space is profoundly inspiring. Gardens help to organise the chaos inherent in forced migration, while also bringing a sense of normality, wellbeing, peace and civility to broken lives,” he adds.

The design will draw on elements found in gardens of refugees displaced at the camp which is situated in Northern Iraq. Gardens enable refugees to bring some order to a chaotic situation as well as providing a space to come together as a community. Tom will use beautiful yet drought tolerant plants, ingenious vertical planting, inspired by the refugees’ use of everyday objects and designed with input from the refugees themselves and trees laden with fruit including figs, lemons and pomegranates.

Brutal harsh materials, such as concrete and steel, widely used in camps, are made beautiful with techniques such as polishing, casting and crafting into patterns and intricate Islamic inspired designs. Colourful and textural planting will soften hard materials.

The Chelsea Flower Show garden marks the third year of operations for the Lemon Tree Trust which started by running garden competitions inside refugee camps and donating lemon trees as a way to build connections.

Founder of Lemon Tree Trust, Stephanie Hunt, explains that in the first year, 50 families participated in the garden competition and by the second year that had grown to 150: “We knew we had found something that resonated with people trying to make sense of their situation,” she said. The garden competition led to more ambitious projects, like the sourcing and distribution of a crisis response garden kit – an emergency ‘starter kit’ that provides wide ranging agricultural support in the form of tools, seeds and information to crisis regions in Syria and beyond.

Stephanie points out that they are already seeing the positive social, economic and mental health impact of green spaces and it all started with a garden competition: “We want the Lemon Tree Trust Garden at Chelsea to demonstrate the importance of horticulture and urban agriculture to the lives of displaced people and hope it will encourage visitors to the show to find out more about our work and how they can help,” said Stephanie.

In 2017, official UNHCR figures state that the number of displaced individuals worldwide reached 65.5 million, with 22.5 million of these being refugees. This is the highest level of displacement in history, surpassing even post-World War II figures. UNHCR spokesperson, Laura Padoan said: “Tom Massey’s beautiful design encapsulates a sense of community and connection with the land – elements that can be essential in helping to restore well-being for refugees. The Lemon Tree Trust is doing innovative work by bringing agriculture into camps and providing refugees with a means to start rebuilding their lives.”

Tom graduated from the London College of Garden Design in July 2015 with distinction and the External Judge’s Prize, an award given by RHS Gold Medal winning designer Jo Thompson, who praised his work for its scope, ambition and individual style.

As well as running his design practice, Tom also lectures at the London College of Garden Design, based at the Royal Botanic Gardens in Kew.

Tom’s design promises to be thought provoking and inspirational as well as promoting an important message about the value of gardening, even in the most difficult situations. You can learn more about Tom Massey’s work by linking to his website at: www.tommassey.co.uk