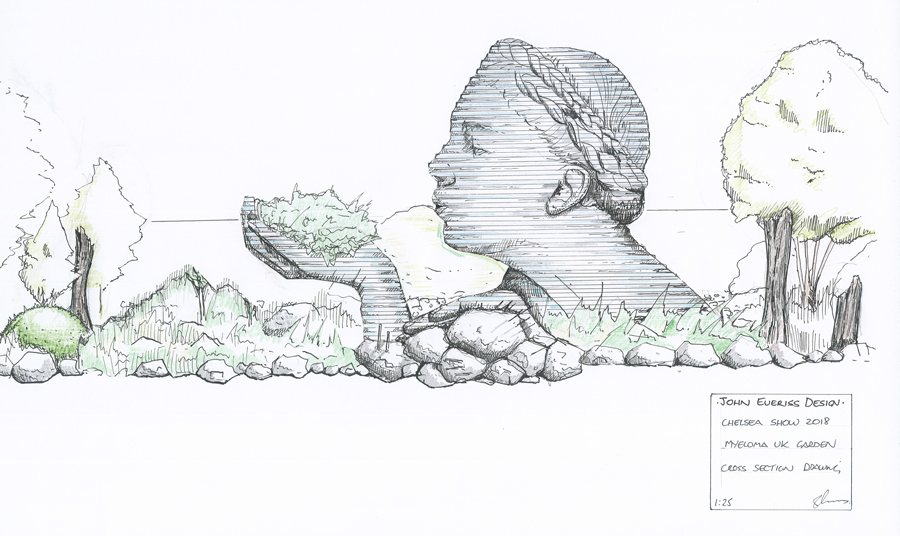 The garden, inspired by Peter King, a Myeloma UK supporter whose wife Gill and brother Graham, both passed away in 2016 after a short battle with cancer, is sponsored by Bord na Móna Horticulture, Meyer Homes and The Christopher Laing Foundation and will feature in the Space to Grow category

The garden aims to give a positive message about the fight against myeloma, which is not yet curable. It will feature a large-scale head and shoulder sculpture at the centre of the garden modelled on Peter and Gill King’s daughter Gemma Peace, from Helensburgh. The sculpture represents the role of the carer, who is often a pivotal figure in ensuring the patient remains the central focus of a myeloma diagnosis. The head will be constructed from layers of transparent blue Perspex® acrylic and will be 12 feet in height. Weighing in at 12 tons it will be part assembled before the show – the gates at Chelsea are nine feet high so the sculpture will be fully constructed on the grounds.

The left hand of the sculpture of Gemma is pushing away boulders and bog oaks – physical representations of plasma cells, from which cancer arises – the boulders will weight up to two tonnes each and are being supplied by Mid Wales Stone. The bog oaks are perfectly preserved ancient trees provided by Bord na Móna Horticulture. Buried in peat bogs and preserved from decay, these trees are incredible specimens that still retain their bark and can date back hundreds of years. 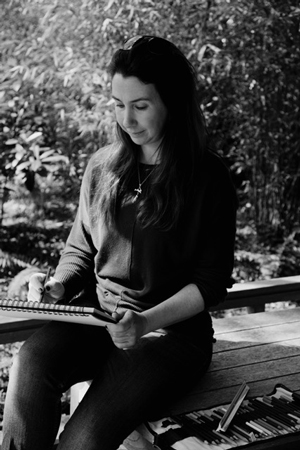 Francesca Murrell (pictured right) has created the planting design and has fashioned the bog oaks to appear as if they are disappearing into new fresh plantings, representing how new medicines, families and carers are taking over from the old generations.

Up to 60 different plants and trees will feature across the garden including Taxus balls, Prunus and Malus, Anthriscus sylvestris and Melica nutans.

Chief executive of Myeloma UK, Rosemarie Finley, points out that 2018 marks 21 years of Myeloma UK and the Chelsea garden will form part of their annual programme of events: “Our goal has always been to find a cure for myeloma but until that time, we exist to provide information and support to patients and carers alike. The themes of our garden are care and hope which should both move and inspire visitors,” she said.

Designer John Everiss points out that he didn’t have a second thought about designing the garden when approached by the charity: “It’s been an amazing process and particularly enjoyable working with people that really believe in what they are doing,” he said. 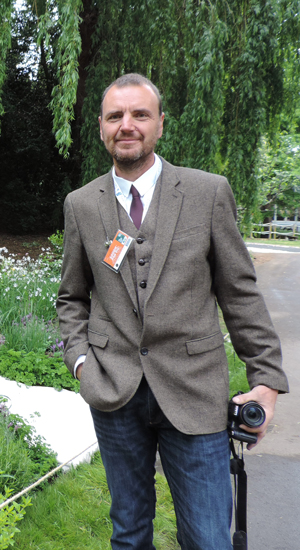 “The Myeloma UK Garden is a wonderful tool for telling a story and for getting people emotionally involved. I’m hoping visitors to Chelsea will come away from the garden knowing more about myeloma – and also how they can support the charity,” John continued.

Myeloma is the second most common form of blood cancer, originating in the bone marrow. Approximately around 5,000 people in the UK are diagnosed with myeloma every year, and while treatable, it is not yet curable.

John Everiss (pictured left) has exhibited extensively at RHS Shows and in 2017 he won Gold and Best Show Garden at RHS Tatton Park. Since 2010 he has won four RHS Gold Medals including Gold for the Reachout Garden at RHS Chelsea in 2014.

John has been designing and creating timeless, yet practical spaces, that allow people to enjoy and embrace a new garden experience, for more than 25 years. He loves the practical side of garden design, personally working on every project ranging from tree houses to contemporary offices, small courtyards to large estates.

Francesca Murrell is a Gold medal winning RHS garden designer and is an exceptionally talented and passionate plantswoman. She has spent many years designing and advising on garden restorations around the UK and in France. For the past 15 years, Francesca has been in charge of a large ‘Sussex Heritage Award’ winning estate and also now jointly owns and runs the Sussex based Garden Design Studio, Nature Redesigned.