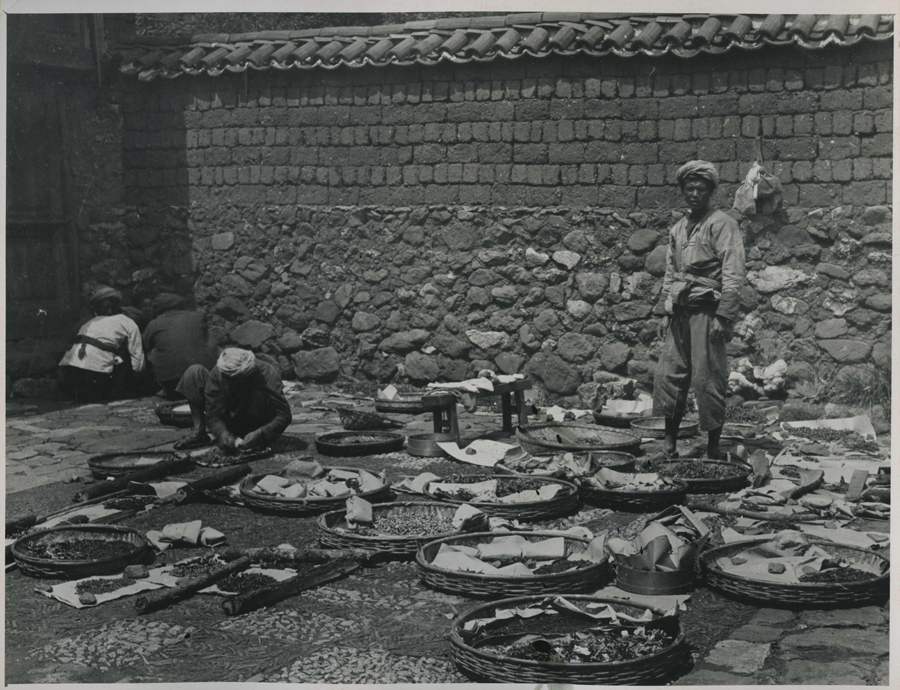 Buddhist mobs, extreme weather and tropical disease were just some of the hurdles early plant collectors faced in finding and transporting new plants back to the UK. To celebrate their endeavours, the RHS has opened a new exhibition at its Lindley Library in London.

The exhibition, ‘Collecting in the clouds: Early 20th Century Plant Discoveries‘, charts the trials and tribulations of the men that traversed the botanically rich interior of China to grow our horticultural knowledge and gardens. The exhibition includes a display of rare photos and specimens and will certainly act as motivation for modern day plant hunters who might be thinking of applying for an RHS bursary. 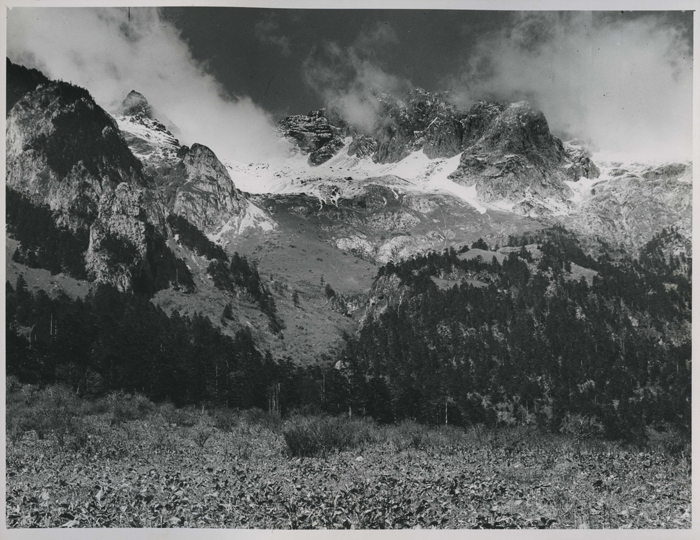 The expeditions of collector George Forrest, who toured Yunnan province six times and on one occasion narrowly escaped an army of Buddhist monks intent on capturing missionaries, are included as well as those of Frank Kingdon-Ward, who, lost in the jungle, survived by sucking the nectar off flowers.

Heritage collections manager at the RHS, Sarah McDonald, comments that UK gardens are rich with blooms in every colour, size and shape as a result of the plant collectors who travelled to some of the most botanically rich corners of the world: “One hundred years on from the exploits of Forrest and his peers, we’re celebrating those that traversed the often dangerous interior of China; exploring the significance of their work and the lasting impact of their contributions to our gardens”, Sarah said.

Among the plants brought back by Forrest and his peers, and now commonplace in UK gardens are:

Magnolia campbellii subsp. mollicomata: Tree to 20m with pink to rosy-purple, waterlily-like flowers in February to March. Many cultivars known including ‘Lanarth’ and the cross (with M. liliiflora ‘Nigra’) ‘Caerhays Surpise’. Introduced by George Forrest.

Rhododendron wardii: 1-8m high shrub/tree with saucer-shaped, clear yellow flowers, sometimes with a crimson basal blotch, produced from May to June. This plant is known from many cultivars. Introduced by Frank Kingdon-Ward.

Delphinium forrestii: Features a stout raceme of flowers varying in colour from deep purple to a transparent dark blue, covered with white hairs on the outside. Introduced by George Forrest.

Many of these can be seen at RHS Gardens and are documented in the herbarium – a collection of more than 80,000 preserved plants, at RHS Garden Wisley. 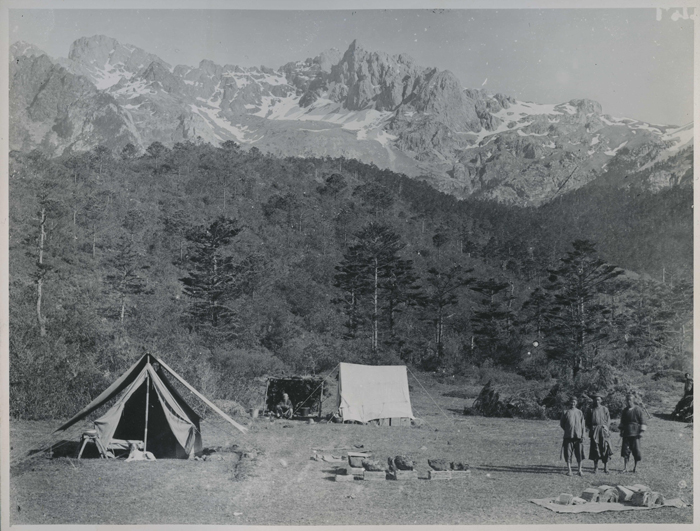 (above) Plant specimens are pressed under large rocks at George Forrest’s campsite in Lichland Range.

The exhibition opens as the RHS calls on professional and keen amateur horticulturists to embark on their own plant finding missions via its bursary scheme. Recently funded expeditions include to collect Proteaceae seeds in the Western Cape of South Africa and to identify and aid the completion of a UK collection of rare Azaleas in Japan.

‘Collecting in the clouds: Early 20th Century Plant Discoveries‘ runs from Monday 20th November until Friday 2nd March and is open weekdays, 10am-5pm. The exhibition is free for RHS members and non-members. For more information about the RHS’ current and upcoming exhibitions visit www.rhs.org.uk/libraryevents

To apply for an RHS bursary visit www.rhs.org.uk/education-learning/bursaries-grants