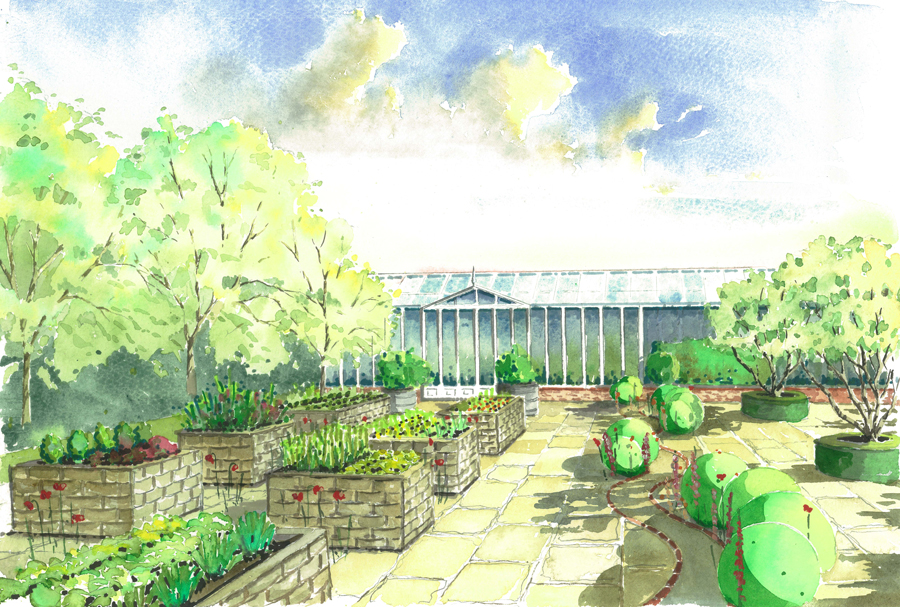 The Horatio’s Garden at the Midland Centre for Spinal Injuries, which serves Shropshire, Cheshire, the West Midlands, North Hereford and North Wales, has been designed by Bunny Guinness. Bunny has created a beautiful sanctuary for patients and their families, which will include a spectacular garden room, so patients can enjoy the garden whatever the weather. The design also includes a greenhouse within a garden therapy area. 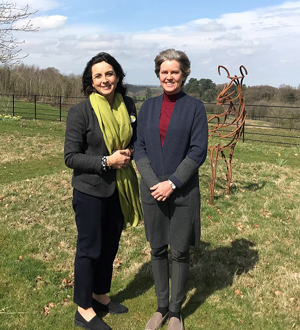 Olivia Chapple, Founder and Executive Trustee of Horatio’s Garden said she is absolutely thrilled and grateful to the NGS for such a generous donation to Horatio’s Garden Oswestry: “This will be the fourth Horatio’s Garden and is such an amazing transformational project for patients at the Midlands Centre for Spinal Injuries at the Robert Jones and Agnes Hunt Orthopaedic Hospital (RJAH),” she said.

“We have seen the impact a beautiful garden space can have on spinal injury patients at our gardens in Salisbury and Glasgow and look forward to bringing this to Oswestry,” she added. (pictured left: Olivia Chapple (left) with Rose Paterson, local fundraiser).

Olivia also paid tribute to local support for the fundraising, which this year includes a lunch and garden tour at Hodnet Hall on 17th May hosted by Sir Algernon and Lady Heber-Percy, long-term supporters of the NGS Open Garden Scheme.

Owen Paterson, MP for North Shropshire, who broke his back while out riding, said: “Having spent several weeks immobile in the outstanding care of the Midlands Centre for Spinal Injuries, I fully appreciate the extraordinary value, for those who may have to spend months on their back, of getting outside, seeing and touching plants and flowers and spending time with family and friends.”

Owen’s wife, Rose, (pictured above with Olivia Chapple) has led local fundraising for the Oswestry Appeal and is absolutely delighted to hear of the incredibly generous donation from the National Garden Scheme to Horatio’s Garden Gobowen appeal. 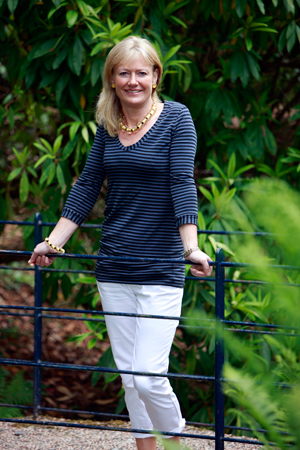 The NGS announced that it had made a record donation of £3.1 million from funds raised at garden openings in 2017 and increased its donations to charities who are promoting the health benefits of gardens. Charities receiving donations from the 2017 fundraising include: Macmillan Cancer Support; Marie Curie; Hospice UK; Carers Trust; Queen’s Nursing Institute; Parkinson’s UK; Perennial; National Autistic Society; and MS Society. (pictured right: Award winning designer Bunny Guinness, who will design the new garden.)