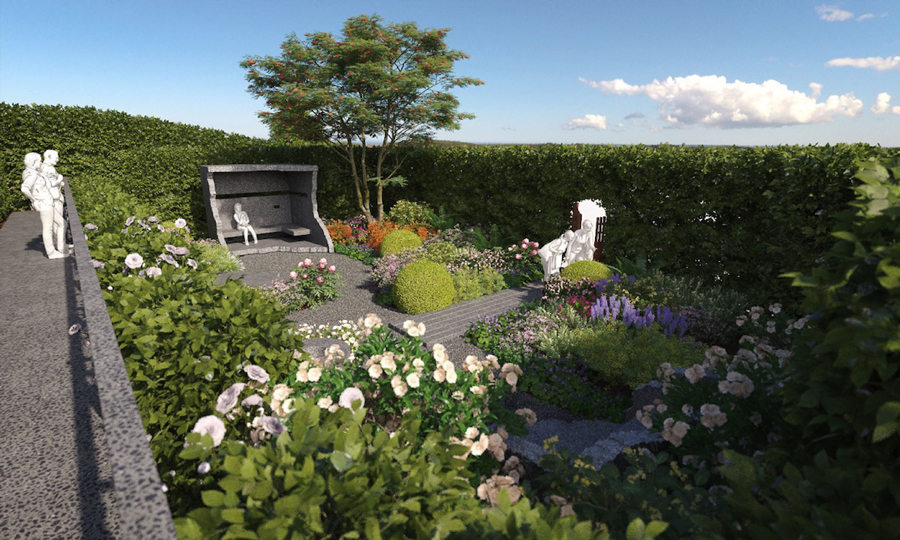 Designed by Darren Hawkes, the “Linklaters Garden for Maggie’s” is inspired by the progressive vision of the late Maggie Keswick Jencks, who understood the need for people with cancer to have access to restorative, tranquil green spaces away from more clinical hospital environments.

Award-winning designer Darren Hawkes will create a peaceful, secret garden, enveloped in a high hornbeam hedge that can be glimpsed through beautifully crafted wooden gates and wide slots in the perimeter hedge, before being fully revealed from an elevated position at the back of the site.

A wide maze-like path will run alongside and behind the garden giving visitors the opportunity to walk within the garden boundary looking into the garden below. Several of the garden’s key features will come from a single cuboid of basalt concrete, broken apart to form concrete paving, benches, a garden building and water feature. These elements demonstrate how life can be put back together again when it has been blown apart following a diagnosis of cancer. 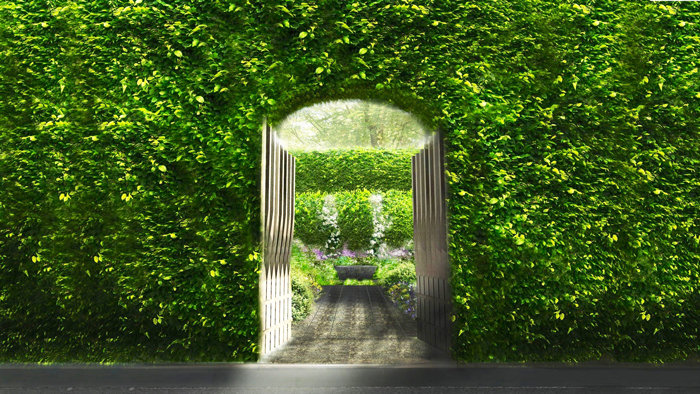 Darren explains that he wanted to design a garden that has a real sense of enclosure, care and security, while at the same time creating an enticing space that provokes curiosity: “I know from talking to the team at Maggies that for many cancer patients the biggest challenge is taking the first steps over the threshold at a Maggie’s Centre,” he said. “The garden reflects this in different ways; the subtle curves of the steamed oak gates that will always be open and welcoming and the gaps within the hedge allowing visitors to glimpse what lies inside before entering.”

The delicate, feminine planting will juxtapose with the harsh brutality of the concrete elements and bring a layer of scent and serenity to the garden. Under the canopy of a huge Amalanchier will nestle Hostas, Rodgersias, Thalictrum and Peonies. The open spaces will be filled with Roses, Box, Elder and Iris.

After the show, plants and other elements of the Chelsea garden will be used to create a garden for the new Maggie’s Centre currently under construction at London’s Barts Hospital. The new garden, which has also been designed by Darren, will have the same sense of enclosure and stillness as the Chelsea garden and provide a lasting legacy for the Charity when it opens later in the year.

Maggies’s chief executive, Laura Lee commented that they are delighted to be partnering with Linklaters and Darren Hawkes on the Maggie’s Chelsea Garden and that the plants from the show garden will go on to creating the garden at the new Centre at Barts.

Darren is based on the South Cornish coast and has previously won Gold at RHS Chelsea in 2015 and a Silver-Gilt in 2013. He designs both large and small gardens throughout the South-West and London – www.darrenhawkeslandscapes.co.uk

You can find more information on Maggie’s and their work by linking to: www.maggiescentres.org