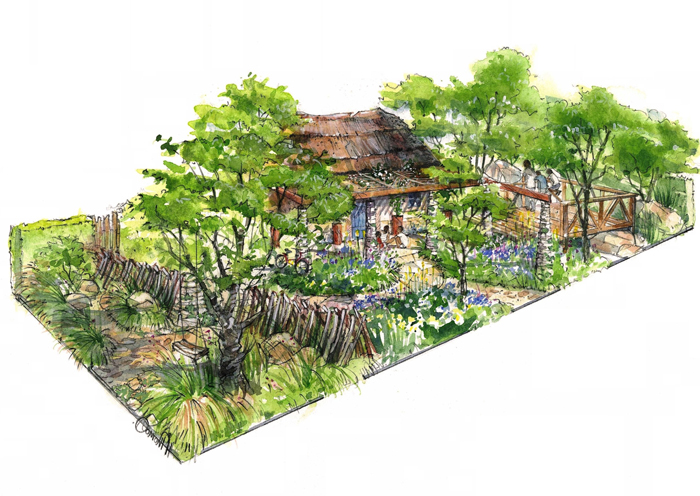 Sentebale, the charity founded by Prince Harry and Prince Seeiso, returns to the 2015 RHS Chelsea Flower show with a garden designed by Matt Keightley,

‘Hope in Vulnerability’ will reflect Sentebale’s work providing healthcare and education to Lesotho’s victims of HIV. Lesotho has the world’s second highest HIV infection rate with one in three children orphans and over 40,000 adolescents living with HIV. Stigma and discrimination remains the biggest barrier to children and young people accessing care and medication.

The garden will represent the experience children living with HIV will go through when they attend Sentebale’s camp at the new Mamohato centre providing a safe place for them to access psychosocial support needed to lead healthy lives. 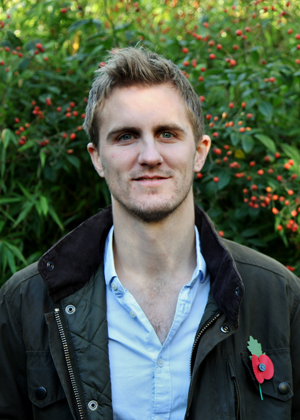 Matt, (pictured right) head designer at Maidenhead landscaping firm Rosebank and winner of the 2014 People’s Choice Award for his inspiring ‘Hope on the Horizon’ garden, will use traditional and sustainable construction techniques on the garden which are evident in Lesotho. Coppiced, peeled sweet chestnut will form beautiful hurdle fencing nestled in among the planting with a complex yet balanced planting scheme to celebrate the vibrant colour combinations and fascinating textures found in Lesotho.

Ribbons of colour will dance through the beds linking hard and soft landscaping elements. Matt is also attempting to germinate a native Lesotho Poppy, ‘Papaver Aculeatum’, to display at Chelsea for the first time.

Matt was inspired by a trip to Lesotho last year and has been able to experience first-hand the fantastic fundraising and charity work Sentebale does.

He admits that this had directly influenced his approach to the design of the garden: “Lesotho, known as the forgotten kingdom, will be brought to life through the ‘Hope In Vulnerability’ garden with a design that evokes the native landscape and celebrates the work of Sentebale”, he says. “The Mamohato Children’s Centre will make an incredible difference, giving Sentebale the capacity to care for four times as many vulnerable children as they currently do. I hope to give the visitors at the RHS Chelsea Flower Show a taste of the amazing atmosphere I witnessed at some of the existing centres in Lesotho.”

The Prince’s Foundation for Building Community assisted in the design of the Mamohato Children’s Centre by working with a local architect to create a sustainable and locally inspired centre. They utilised their expertise in sustainable development to ensure the design of the centre in Lesotho met the needs of young residents, while creating a pleasant environment that celebrates the country’s rich culture and natural surroundings. The centre’s layout reflects that of a village and facilities will include accommodation cabins, activity rooms, various camp facilities and sporting pitches.

Cathy Ferrier, Chief Executive of Sentebale, commented: “We are delighted to confirm Sentebale’s ‘Hope In Vulnerability’ garden for the 2015 RHS Chelsea Flower Show.

“The garden design has been inspired by the Mamohato Children’s Centre, due to open later this year in Lesotho, which will enable Sentebale to support many more vulnerable children, and will house residential week-long camps providing much needed emotional and psychological support to children coming to terms with living with HIV.”

The garden is sponsored by the David Brownlow Charitable Foundation who also sponsored the ‘Hope on the Horizon’ garden at RHS Chelsea in 2014. Rosebank Landscaping is a division of Maidenhead-based building firm Farr & Roberts, which was created after head designer, Matt Keightley’s success at last year’s RHS Chelsea.

We wish Matt and his team every success with the garden.