The significant value of the UK’s ornamental horticulture and landscape industries has been highlighted in a new report by Oxford Economics. The report, the first of its kind, points out that some £24.2 billion was the total GDP footprint of the UK’s horticulture industries in 2017 and that while parks, gardens and green spaces provide a £132 billion aggregate boost to Britain’s house prices as part of the appeal of nature, homes being built without private gardens are on the rise.

The report points out that some 568,700 jobs were supported by the industry in 2017, amounting to 1.6% of total UK employment, yet horticulture is hardly referenced in the national curriculum or promoted as a valued career path.

Despite ornamental horticulture generating £5.4 billion in revenue for HM Government in 2017, the industry has been largely ignored and receives little direct support or fiscal initiatives.

While councils across the UK face an average 40% cuts to parks and green space budgets, the Report reveals that £2.9 billion worth of tourism was attributable to parks and gardens in 2017. 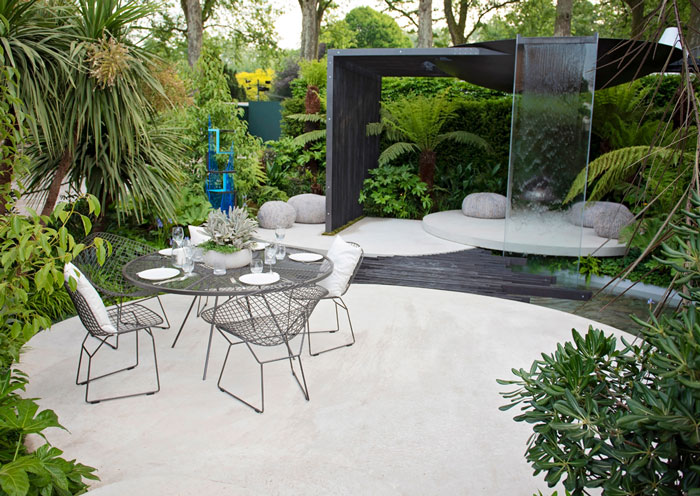 The Report has been produced for the Ornamental Horticulture Roundtable Group, formed in 2014 with support from Defra to strengthen co-operation between UK government and the ornamental horticulture, landscape and garden industry. They are now calling on the Government to create opportunities for the industry to scale up UK production in the light of Brexit and to nurture innovation funding in horticultural science for environmental resilience and health benefits. The group is also calling for support for the development of a skills roadmap, to ensure a pipeline of talent to meet current and future workforce needs.

The Group, chaired by Sue Biggs, RHS Director General, is a body of industry leaders and innovators, including retailers, gardening charities and industry bodies who have long been championing the immense value and benefits of the industry to safeguard the Nation’s future.

Alan Titchmarsh, one of the UK’s best loved gardeners, will be speaking on behalf of the industry at the All Party Parliamentary Group on Horticulture and Gardening Reception in Westminster on 29th October, 2018. He will be calling on MPs to better recognise and invest in this vital industry.

Alan points out that we must urgently stop the demise of the UK’s gardens and landscapes for the sake of the economy and equally importantly, for the sake of our health and well-being and that of the environment and wildlife: “The health-giving properties of green spaces are well documented and their provision helps to relieve pressure on our troubled National Health Service,” says Alan.

“This report shows the huge value of ornamental horticulture to the UK’s economy.  Last year households spent around £7.5 billion on garden goods, with manufacturers selling around £1.3 billion worth of garden goods and products. That’s £1 in every £100 of household spending going on horticultural products and services.   If horticulture continues to be undervalued and overlooked and we carry on building houses without gardens it will have a devastating impact not only on our national economy but also on the environment and our living conditions as a whole,” he added.

With 27 million people in the UK identifying as active gardeners, the importance of sustaining and supporting the horticultural industry is vital.

You can find the full report by visiting: https://www.rhs.org.uk/science/ornamental-horticulture-roundtable