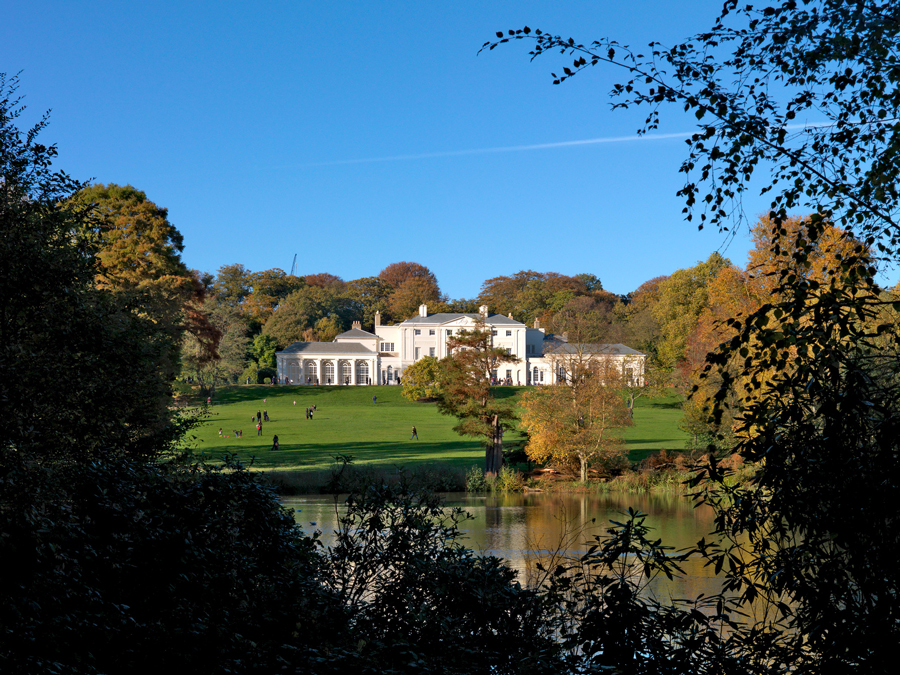 The Gardens Trust has been able to shed new light on the work of the historic landscape gardener Humphry Repton following recent research by hundreds of volunteers from across the UK as part of the celebrations in the bicentenary year of Repton’s death.

As a result, a new exhibition at the Garden Museum is being staged called “Repton Revealed” running until the 3rd February 2019.

The research, completed by volunteers from County and Country Gardens Trusts, was recently revealed at a symposium at the Garden Museum. The Trust encouraged volunteers from over 30 counties, and in Wales and Scotland, to present their longstanding research of the special Red Books and other documents. The work has been undertaken to grow our knowledge of the impressive Humphry Repton, who bridged the style between 18th century landscape design and the Gardenesque movement of the early Victorian years.

The way Repton presented his landscape designs was a key part of his success – his ‘Red Books‘ or folios of his plans, drawings, maps and a description of the improvements he proposed to make were so-called due to the distinctive red leather bindings.

The ‘Red Books’ include watercolour paintings with overlays showing ‘before and after’ views of the estate using an inventive cut-out flap. Some still survive, others are lost, yet people are still discovering new documents such as Repton’s account books, drawings and notes, which reveal broader influence on the English landscape.

These new discoveries reveal much about the man himself, such as his interest in the arts as a designer, painter, actor and musician, which led to him cultivating influential relationships in his professional and personal life.

In the City of London, there are many hidden sites that Repton influenced, nestled in the landscape as part of his greater body of work. For example, Grovelands in North London is now a private hospital but is especially interesting as it is evidence of a brief partnership between Repton and the famous architect John Nash. Two squares, Bloomsbury and Cadogan are now compromised by underground car parks yet Russell Square has been restored to its original layout. Then there is Kenwood, Hampstead, the largest estate and most complete.The 2nd Earl of Mansfield employed Humphry Repton to remodel the grounds at Kenwood in 1793. (Kenwood pictured top of page and below).

A new discovery of various letters from Repton to Charles Abbot, the owner of Kidbrooke Park, Sussex, alongside entries in Abbott’s journals, refers to work at Westminster. Alongisde the illustration for Peacock’s Polite Repository, it was this discovery that confirmed Repton had designed the Speaker’s Thameside Garden as a commission – these gardens subsequently disappeared under the new Palace of Westminster, built after the 1834 fire.

In another example, a chance remark by a member of the Dymoke family in early 2018, led to an exciting discovery in Grimsthorpe Castle library, of the Normanton Red Book, that scholars believed has been lost. The Rutland commission illustrates a valley converted to a lake with gardens, which 180 years later now lies under the largest man-made reservoir in England – Rutland Water.

Despite Repton’s monetary morals – he criticised the commercial sources of new money – many of his clientele were drawn from the upwardly mobile, with incomes derived from commerce. The most dramatic example of Repton’s acceptance of new money is thought to be Harewood, which took the form of a bound collection of architectural drawings of folio-size.

The exhibition will showcase 24 Red Books and reunites the largest number of these famous books in one place in 25 years, to demonstrate some of the new findings and newly discovered Repton sites.

Linden Groves, strategic development officer at the Gardens Trust points out that as part of the bicentenary celebrations they wanted to learn more about Repton and his inventive work: ‘Involving volunteers from across the country has been invaluable to being able to discover new Red Books, new Repton sites and learn more about his role in designing the British landscape,” he said. Linden also points out that Repton has long been in the shadow of Capability Brown but has every reason to be in the limelight for his contribution to landscape design.

Also funded by a £99,500 grant from the Heritage Lottery Fund, the Gardens Trust has been able to pilot activities that are designed to welcome wider local communities to Repton landscapes, with a long-term view to nurturing a new wave of volunteers and supporters for these heritage assets.

In addition to other initiatives linked to the bicentenary celebrations, the County Gardens Trusts have produced books about the research that has been undertaken and you can find these listed at: http://thegardenstrust.org/research/cgt-publications/

You can also discover more about Repton and this year’s celebrations by visiting: www.humphryrepton.org