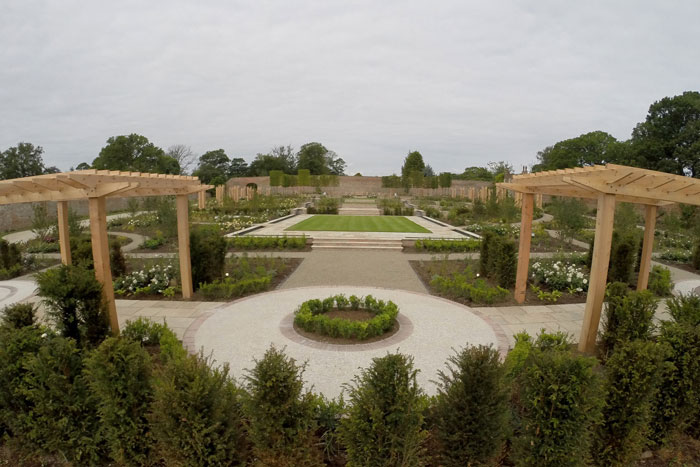 The North-East’s newest visitor attraction – a garden planted more than a century ago – has opened to the public as part of a £5.3m investment.

The Walled Garden, at Wynyard Hall Hotel, Tees Valley, was originally established by the Marquises of Londonderry, in the 19th century to provide food and flowers for the estate. 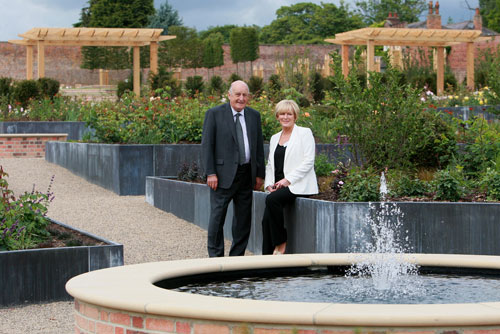 The garden has now been re-designed and restored by landscape architect Alistair Baldwin and is expected to attract visitors from around the UK. The garden, containing more than 3000 roses, is the realization of a long-held dream of Wynyard Hall’s owner, Sir John Hall. (pictured above with M.D. Allison Antonopoulos)

As we reported recently – click here see recent Reckless Gardener article – the Walled Garden is the second stage in a rolling programme of work to create The Gardens at Wynyard Hall, which will eventually cover four acres and be one of the largest in the UK. 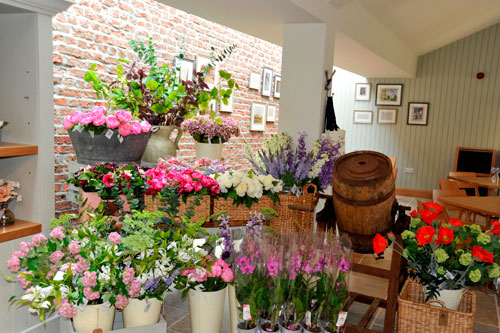 Thirty new jobs were created by the development and local suppliers and businesses were deployed across all areas, including the build, landscaping, fitting and design. (pictured above, flowers in the shop)

“The garden is magnificent,” says Allison Antonopoulos, Managing Director at the Wynyard Hall Hotel: “It has been years in the planning, many months in the developing and will, we hope, give a lifetime’s pleasure to all who come and see it.” 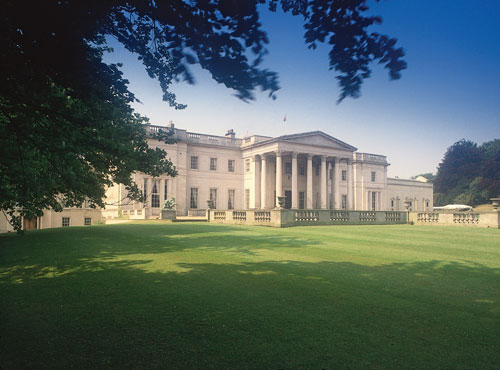 Within the Walled Garden visitors will find several areas including The White Garden, the Wild Gardens, The Pillar Garden and the Belltower Border.

The Gardens and Visitor Centre are open daily between 10am and 5.30pm and tickets for the garden cost £5 for adults, £2 for children aged between 5 and 12, £14 for a family pass for two adults and three children and £30 for an annual pass for up to eight visits a year.

For further information about opening times and garden details log onto:
www.wynyardhall.co.uk