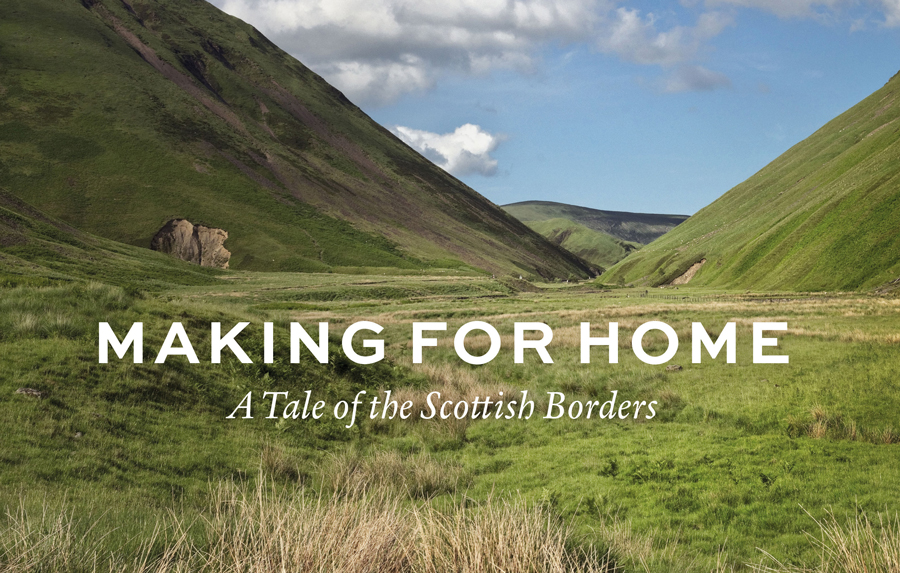 ”Making for Home’ is a tale of the Scottish Borders by art historian Alan Tait. It is at once hypnotic and romantic in many ways but it is also a fascinating tale of one man’s experiences, obsessions and imaginings of a Scottish valley.

This story begins with the author’s life as a child in a bleak coastal village on the Solway Firth during the Second World War. His treasured possession was a Dr Bernardo’s paper maché collection box, with its thatched roof and chimney. This one single item inspired him to imagine the homes that might lie in his future and to invent the rooms he might inhabit.

From this simple beginning grew his lifelong obsession with houses and collecting and in Making for Home, he traces his journey from childhood imaginings to a tenement flat in Glasgow in the 1960s to the Moffat Valley, in the Scottish Borders, where he bought a remote farmhouse in the 1970s.

The story of his restoration of Polmoodie is a fascinating one but it is his observations of the landscape, people, characteristics and nuances of this area of the Scottish Borders that will captivate the reader.

The author cleverly weaves in the history of the area, its buildings, people and progression through the changing decades of the 20th century and into the 21st. It is at once a memoir, a meditation on the nature of buildings and home and a history of this unique place, taking the reader through the hunting of the Covenanters in the 1680s and the agricultural revolution, to the arrival of the Forestry Commission, which changed the landscape of the Valley.

For Tait it is the landscape – ‘a harsh one, often elemental or brutal and with little that is soft or pretty in any way‘ – that is the spirit of the place. He candidly looks at his successes and regrets, things he could or should have done differently, while at the same time wrapping the reader in the comfort of his surroundings. The people he meets and the local characters – like his builder who always wore an old fashioned suit and waistcoat – the restoration of the house over the decades and his continued surprise that despite a long list of likes and dislikes he found Polmoodie in the first place.

I enjoyed the mix of history, observation and yes memoir – the writing style is absorbing and whether you know this particular area of the Borders or not, you will quickly find yourself involved in its landscape and people and of course buildings. 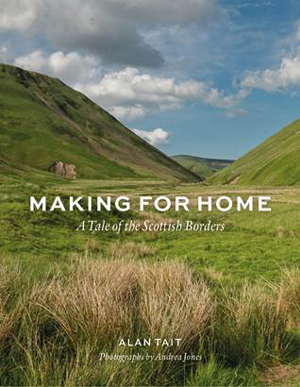 Alan Tait is an art historian with a particular interest in the history of landscape. Author of The Landscape Garden in Scotland 1735-1835, and A Garden in the Hills, he has for the last 40 years lived in the Moffat Valley where he farms and gardens with enthusiasm.

It was a pleasure to immerse myself in the life surrounding Polmoodie and to chart its history, meet its people and discover its architecture through the generations. As the author points out the valley will always move on and give shelter to men and animals and its tale is certainly worth the telling – he tells it very well.

‘Making for Home’ by Alan Tait with photography by Andrea Jones, is published in hardback by Pimpernel Press at £30 (June 2017).

Picture credits: ©2017 Taken from MAKING FOR HOME by Alan Tait, photographs by Andrea Jones, published by Pimpernel Press at £30. www.pimpernelpress.com