Every year, at Royal Horticultural Society (RHS) Flower Show Tatton Park, inspiring young designers compete for the much sought-after title of RHS Young Designer of the Year. This year, 27-year-old Kristian Reay (pictured banner above) from Somerset has won the award and a Gold medal for his garden highlighting the dangers of Xylella.

Kristian’s ‘The Phytosanctuary Garden‘ took on an extremely topical issue in drawing attention to the growing threat of Xylella. At first glance the garden appears to be a beautiful, attainable space for visitors to be inspired by, but look a little deeper and it revealed a more worrying story of the growing threat of this deadly plant disease, highlighted through the incorporation of ‘at risk’ plant species such as an olive tree and lavender, which will be wiped out if Xylella spreads to the UK.

The bacterium Xylella fastidiosa is native to the Americas, but has caused significant damage across Europe in recent years, something that Kristian was keen to reflect in his planting. The garden featured a number of at risk plants including a feature multi-stem Olive tree and strips of lavender planting.

Kristian made his debut last year (2018) at the RHS Chatsworth Flower Show, taking part in the Long Border competition, an experience which led him to take on the next challenge of a garden.

On being crowned RHS Young Designer 2019, Kristian said: “It’s a fantastic achievement to be crowned this year’s RHS Young Designer, I am over the moon!  The whole experience has been incredible and I am really excited to see what the future now holds for me.”

Fellow finalist Charlie Hartigan (28, Worcester) was awarded a Silver-Gilt medal for her endometriosis inspired garden ‘1.in.10.’ while Aiden Cifelli (24, Scotland) and Laurence Senior (25, Yorkshire) both achieved Silver medals for their ‘Caledonian Coastal‘ and ‘Baroque Garden‘ respectively.

This year, finalists had an open theme allowing for a variety of designs. They were mentored by award-winning designers Mark Gregory and Catherine MacDonald from Landform Consultants. Mark and Catherine are both passionate supporters of RHS flower shows and they commented how honoured they were to be asked to mentor the four talented young designers. 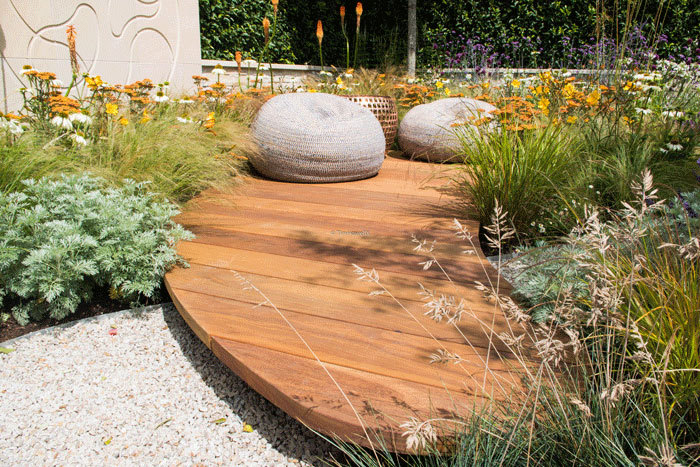 The four finalists each produced very individual gardens to an extremely high standard. This competition provides a vital platform for youth in horticulture with previous participants carving out successful careers and it has become a highlight of RHS Tatton Park Flower Show.

We wish all four finalists a very successful future.