Roy Lancaster – My Life with Plants 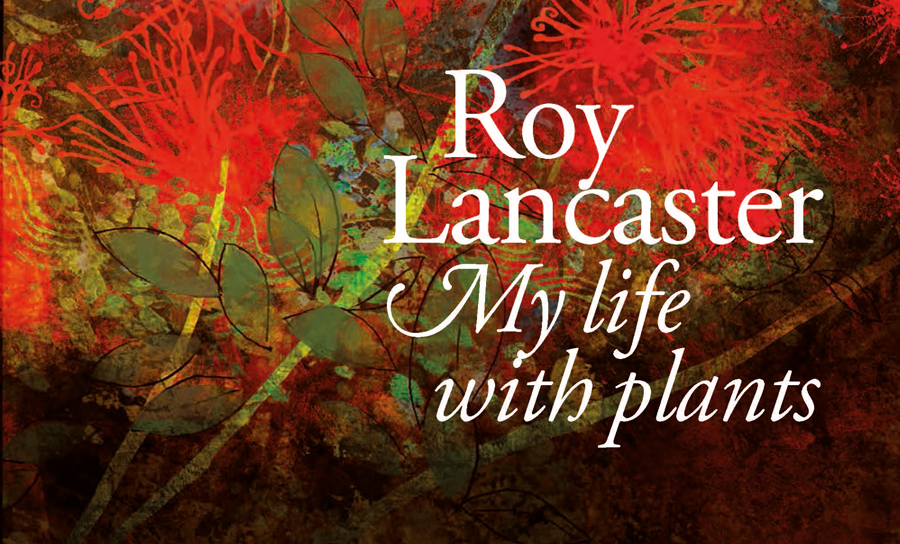 There are plantsmen, then there are plantsmen and then there is Roy Lancaster. Every time I have heard his name mentioned over the last twenty years and more, it has been with a kind of reverence and awe duly accorded only to someone who is at the top of their game.

So I was delighted to receive a copy of ‘My Life with Plants‘ written by Roy and published in association with the Royal Horticultural Society. This delightful book is so much more than an autobiography – it is a gentle stroll through a life full of interest, discovery and adventures, written in an entertaining and lively style, in which the reader quickly becomes involved and entertained. 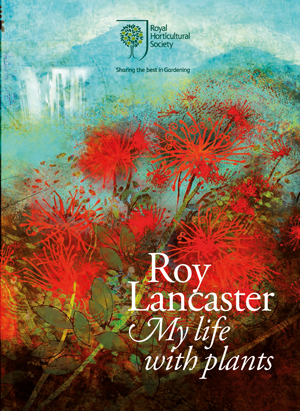 Roy could so easily have been lost to horticulture – as a child he wanted to become an engine driver – fortunately for us his antics climbing for whimberry (bilberry) on hills near his home in Bolton, stimulated in him an interest for plants. This interest was reinforced one day, when as a schoolboy, he discovered on a local allotment a Mexican tobacco plant (Nicotiana rustica) new to Lancashire and only the second recorded occurrence of the plant growing wild in the UK.

He soon started going on field trips with the Bolton Field Naturalists Society and days out to places like Rivington Pike (familiar to me too in my early gardening days). It was the curator of Bolton Museum who arranged for Roy to go for an interview with the Bolton Parks Department on leaving school and the rest, as they say is history.

National Service in Malaya fuelled Roy’s interest in tropical plants and on his return to Bolton he decided to apply for a Studentship course at Cambridge University Botanic Garden. It was then on to Harold Hillier where he helped prepare the nursery catalogue. One of his most enjoyable roles at Hillier was naming and describing new cultivars of plants discovered or raised in the nurseries. He eventually gained the illustrious title of ‘Curator’ of the Arboretum, from which he derived special pleasure. 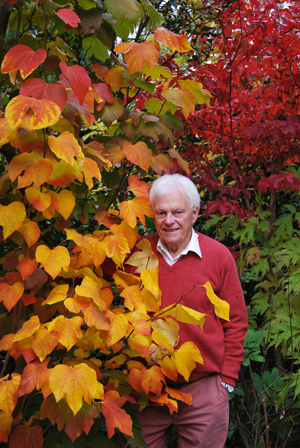 So we are taken on a journey from learning the ropes as a young apprentice with Bolton Parks and Gardens to curatorship of the Hillier Gardens and Arboretum and then onto a dynamic freelance career. Through every page comes his enthusiasm for the natural world and plants – of course as one would expect, along the way we are entertained with a host of plant names and interesting facts. We can feel his thrill at visiting Roberto Burle Marx’s garden in the hills behind Rio de Janeiro and hunting for pitcher plants in North America. His sense of humour is never far away either with numerous amusing experiences recounted.

He was a popular presenter on BBC TV Gardeners’ World and a panelist for Radio 4’s Gardeners’ Question Time. He is well known for his encylopedic botanical knowledge and for introducing many popular garden plants. However, it is his skill as a storyteller and a wise philosopher that runs through this book and makes it so enjoyable. The book is illustrated with 200 photographs of people, places and plants and it has to be said that some of the people Roy meets along the way are every bit as interesting as the plants!

Roy Lancaster has received numerous awards for his contribution to horticulture, including the Veitch Memorial Medal in 1972 and the prestigious Victoria Medal of Honour in 1989. He was made an Honorary Doctor of Science by the University of Bolton in 2010 and by the University of Winchester in 2016. In 2014 he was awarded a CBE for services to horticulture. During his distinguished career he has held many positions of authority in the plant world and presently is President of the Maple Society, President of the Hardy Plant Society and a Vice President of the Royal Horticultural Society.He is the author of two classic books on plant hunting, Travels in China and A Plantsman in Nepal, as well as a number of other popular books.

‘My Life with Plants‘ should certainly be recommended reading for young horticulturalists and those aspiring to a horticultural career. His enthusiasm, curiosity and love of the natural world is inspirational. As he says in the Introduction: “Now in my 80th year, I can look back on a journey that has taken me through some of the world’s most exciting wild and garden landscapes and brought me experiences that have been enriching as well as humbling.” We are indeed fortunate to have the opportunity to share in those experiences.

Published by Filbert press, in association with the Royal Horticultural Society, ‘My Life with Plants‘ by Roy Lancaster. CBE, VMH, Fl Hort, FLS, is published March 2017, in hardback priced at £25.00.