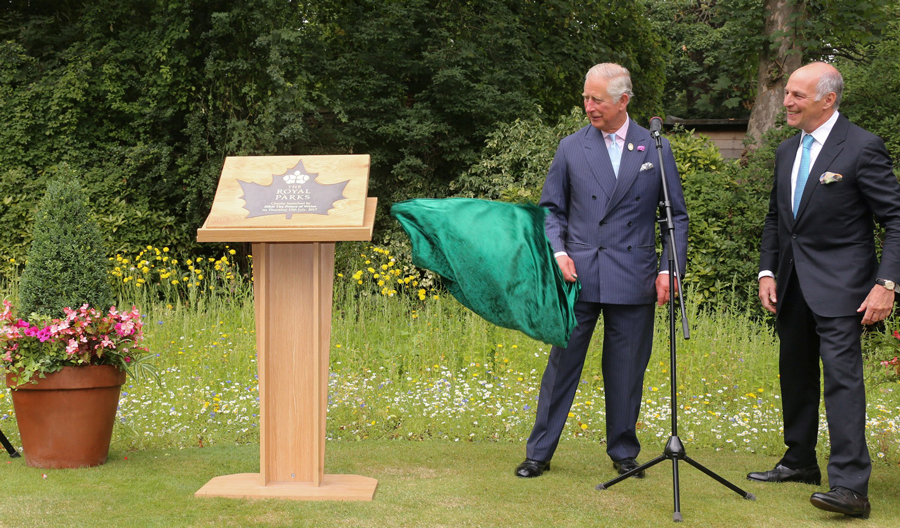 One of the UK’s largest conservation charities to be launched in recent years has been unveiled by its new patron, His Royal Highness The Prince of Wales.

The Prince formally launched The Royal Parks charity, supporting and managing 5,000 acres of Royal Parks stretching from Greenwich Park in the east to Bushy Park in the west, during a visit to London’s Hyde Park.

During his visit, the Prince saw the charity’s £5 million flagship nursery project. The football pitch-sized glasshouse – currently under construction – will provide about 98% of the 500,000 plants and shrubs needed across the capital’s eight Royal Parks.

Prince Charles also learned of efforts by The Royal Parks to tackle diseases among its 170,000 trees.

During a launch reception with staff, volunteers and apprentices, the Prince shared fond memories of visiting Richmond Park with his great grandmother, Queen Mary, and paid tribute to the “unsung and unseen” staff who look after London’s Parks. 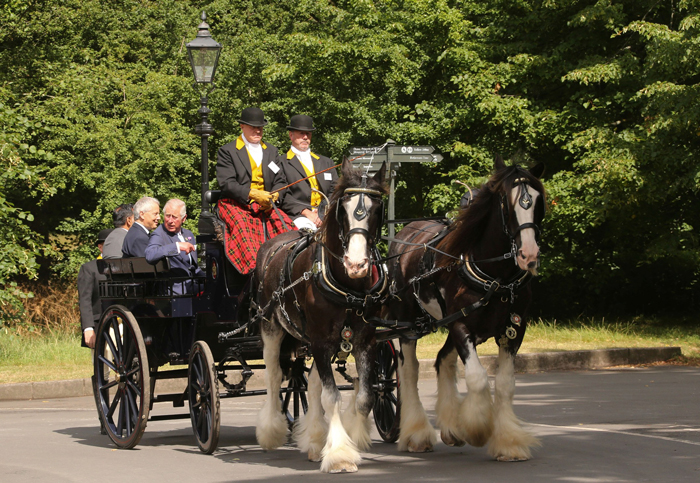 He said: “The parks I remember as a very small child, being taken around Richmond Park with my great grandmother Queen Mary in her wonderful old, upright green Daimler. As a result, those parks, in particular Richmond Park, are imprinted on my childhood memory in a very special way, which is why I have always felt that children should have the opportunity to experience parks at a young age.

“Today I want to pay special tribute to all those who make these parks what they are. To all the marvellous staff who do all the hard work; grow all the plants; look after this new, swish, all singing, all dancing nursery, and of course all the volunteers and special people who give up their precious time to do so many of the tasks that are absolutely essential. All these people are so often unsung and unseen, and they do matter hugely. A huge thank you, also, to the police who help keep the show on the road.”

The new Charity’s Chairman is lifelong arts and heritage enthusiast, Loyd Grossman CBE, who welcomed HRH The Prince of Wales as the charity’s patron.

Previously the parks had been managed by an agency of the Department for Digital, Culture, Media and Sport (The Royal Parks Agency) with fundraising and some education undertaken by the Royal Parks Foundation (RPF). Now, the two organisations come together to bring the best of fundraising education and parks management. Becoming a new charity will allow the parks to be managed more efficiently and allow the charity to plan further into the future rather than on a year-by-year basis.