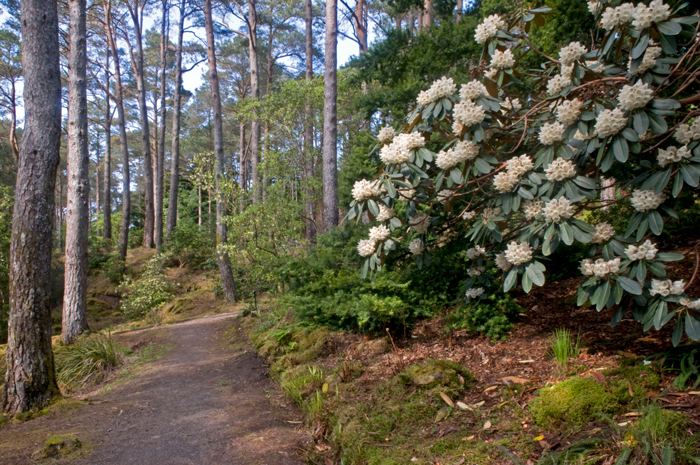 One of the world’s most renowned gardens, Inverewe, near Poolewe in Wester Ross, has been affected by the nationwide spread of the tree disease Phytophthora ramorum.

The owner of the garden, conservation charity the National Trust for Scotland (NTS), has announced that it is removing affected larch trees and other susceptible host plants to contain the disease and prevent further spreading. The work is being focused on an area located in the garden’s east shelter-belt and associated areas of the main garden.

Better known as ‘sudden oak death’ Phytophtora ramorum can also infect other types of trees, but is often referred to in Britain as ‘Larch tree disease’ because larch trees are particularly susceptible and large numbers have been affected elsewhere. 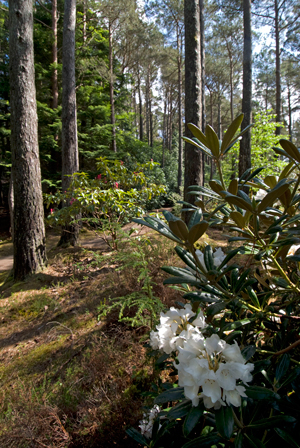 Inverewe, which is surrounded by a 2000 acre estate, has one of the most spectacular settings of any garden in Europe. Warmed by the waters of the Gulf Stream, the garden supports a range of sub-tropical plants despite being perched on a northerly peninsula at the edge of Loch Ewe. The garden was created in 1862 from a barren landscape by Osgood Mackenzie and is one of Scotland’s most popular botanical attractions.

Property Manager Kevin Frediani explained that Phytophthora is a fungus-like pathogen which can badly damage and often kill trees. It has spread rapidly across the UK since it was first discovered in 2009 making its appearance in the west of Scotland in 2011.

“Reponsible landowners, like the National Trust for Scotland, undertake regular visual checks from the ground,” says Kevin. “However, it was through the work of Forestry Commission Scotland, who undertake regular aerial surveys to support our checks for outbreaks of the pathogen, which identified the outbreak which can be spread by airborne spores from place to place,” he continued.

Kevin points out that the affected larch are not in a core part of the garden though the shelter-belt will have to be re-planted with a less susceptible species in order to ensure the garden continues to be protected from harsh winds.

The NTS will be required to fell the affected trees up to 250 metres out as part of a containment zone as well as removing any Rhododendron ponticum in the vicinity, as this too can become infected.

The team at the garden are working hard to ensure that there will be little impact on visitors or the overall integrity of Inverewe Garden and hope that the public will respect guidance, which has been designed to prevent any further infections or transference elsewhere.