Skymeadow – the story of an English gardener 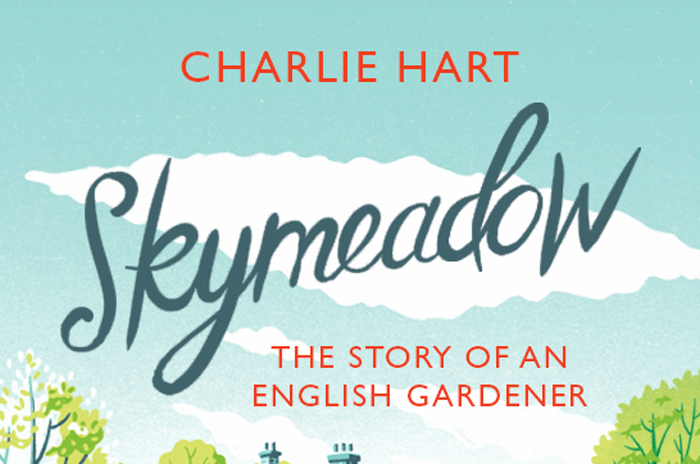 “Skymeadow – The story of an English gardener“ by Charlie Hart, is a delightful gardening memoir charting his ups and downs in creating a five-acre garden from scratch. It not only provides the reader with a gentle and at times very thoughtful read, it is an effective testament of the healing effects of nature and gardening on mental health.

When Charlie first visited Peverels, a small farmhouse that sits lazily on the lip of a hill running down into the Peb Valley, he was at a low point in his life. Grieving for the death of his father and anxious about the impending death of his mother, he and his wife Sybilla felt that their London life had been steadily growing in noise – of loss and grief, of busyness, the noise that comes from the expectations of others and, for Charlie, the constant burr of dissatisfaction at work. 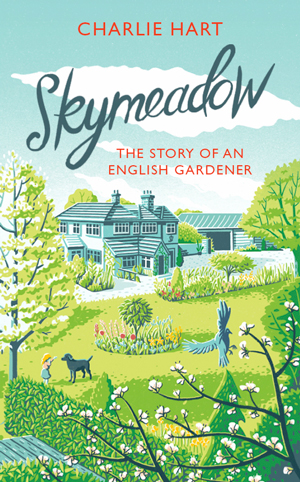 You instantly make a connection here for it is something we have all experienced at one time or another in our lives. Finding Peverels with its expanse of virgin meadowland provided Charlie with the impetus he needed to come to terms with his grief and to think about a future in what he terms a “rural paradise“. They both realised that the garden had unlimited potential and although on that first visit they had no idea about the detail of what Charlie would create they did grasp that it was going to take a lot of physical graft and potentially, a lot of money, however, the meadowland surrounding the house sitting deep in Constable country was a blank canvas and certainly a gardener’s dream.

The following story of his trials and travails is a gem. As you follow him through the seasons there is always something that the reader can relate to and in his easy writing style there is a lot of advice and experience too. His descriptions of the landscape, the garden and his plants are warm and reflective and we gain the sense quickly of Charlie’s unquenchable urge to dig, to create something while at the same time coming to terms with his grief.

As he says, the days spent wrestling with the soil in the rose garden, cutting turf and digging in compost, were days in which he mourned for the loss of his parents but also they were days when the healing powers of digging and ultimately, the hope and beauty of nature, came to the fore.

When he had lived in London he had put some free time into working on the issue of modern slavery and through that work he was contacted by Mirabelle Galvin, who told him they were taking a garden to the 2016 Chelsea Flower Show to raise awareness of modern slavery and would he like to be involved as campaign director. He didn’t need asking twice and found himself an understudy to Juliet Sargeant, the garden’s designer. The nine months, as he describes it “adventure filled with horticultural derring-do” cemented his desire to make horticulture his future life. Juliet’s garden won both a Gold medal and for Charlie it was a vital springboard into his new life.

He pays tribute to Juliet who helped him get going within horticulture and to Jane Perrone, who published his work and encouraged Charlie to write this book. It is certainly a ‘feel good’ read and his seamless weaving together of his own memoir with that of his garden is priceless. A beautifully written book and an inspiration.

Charlie read Theology at Cambridge University before working in a number of roles in London. He now lives and gardens on the Essex Suffolk border with his family. He tweets @peverelsgardens

“Skymeadow – The story of an English gardener” by Charlie Hart, is published by Constable, a division of Little, Brown Book Group – www.littlebrown.co.uk at £16.99.

A copy of this book was supplied by the publisher for review purposes.