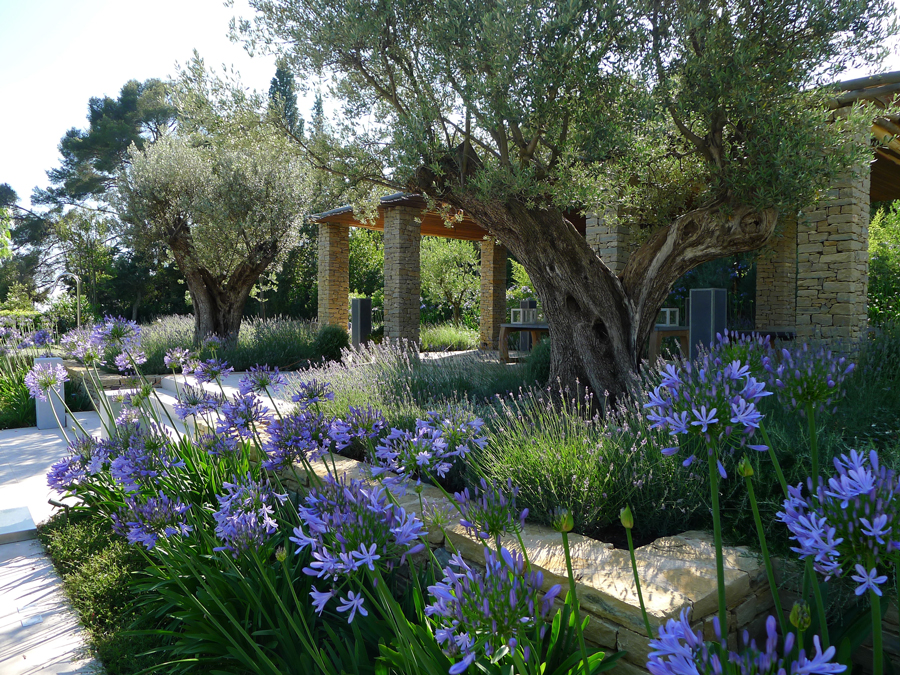 Tommaso del Buono MGSD and Dan Lobb MGSD have taken the two most prestigious awards at the Society of Garden Designers’ (SGD) fifth annual awards ceremony, in front of an audience of 400 guests.

The Grand Award, the most celebrated award, went to Tommaso del Buono for a series of gardens for a Chateau in Provence with sweeping views over the Mediterranean. (see banner above) The judging panel called it a ‘clearly presented, self-confident piece of landscape architecture‘, commenting on the designer’s clear understanding of the organization of space and his ability to handle the site with great competence. The garden was also named best International Garden. 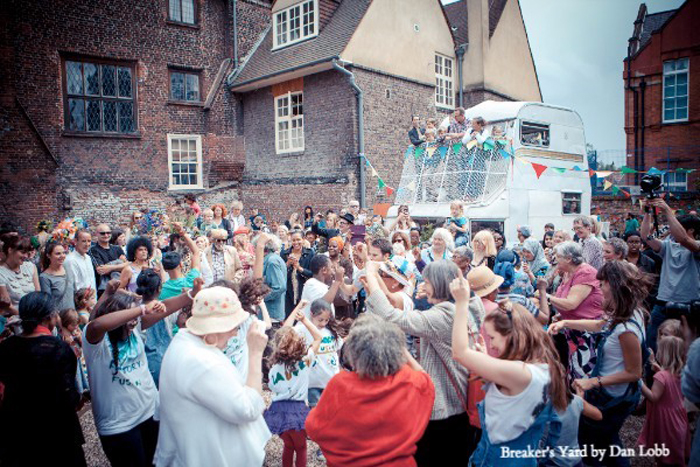 Dan Lobb received the Judges Award for the Breaker’s Yard Community Garden. (pictured above) Sited in the grounds of the Grade II listed Sutton House in Hackney, the garden was transformed into an inspiring community garden using materials and props such as caravans, coaches and trailers to create surreal and fantastical play and multi-functional spaces. The judges remarked on the great selection of plants and materials used to create interesting levels and spaces around the building.Dan also won in the Paper Landscapes category. 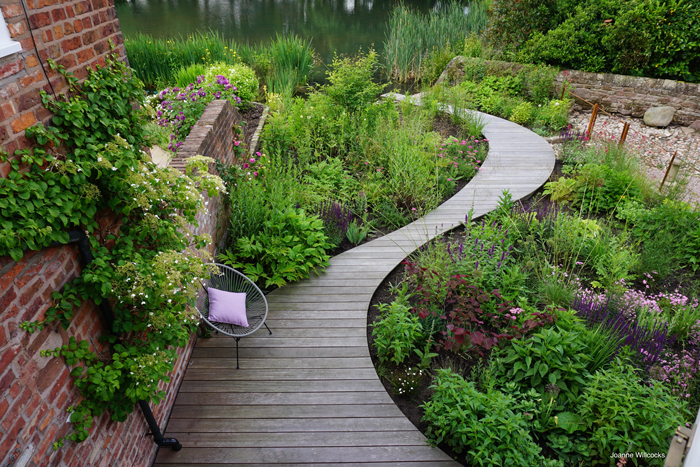 There were several newcomers to the 2016 Awards, including Joanne Willcocks, who was granted the Big Ideas, Small Budget award for her Lakeside Garden project (pictured above) and Daniel Shea, who was named Future Designer for a garden surrounding a Game Keeper’s Cottage that the judges felt was an ‘exceptional design‘.

Arabella Lennox Boyd MSGD was awarded both the Planting and the Large Residential Garden awards for The Hermitage, a multi-level garden in Somerset. (see below) Karena Batstone MGSD won the People’s Choice Award, the only award in the competition determined by public vote for the Clifton Courtyard Garden. 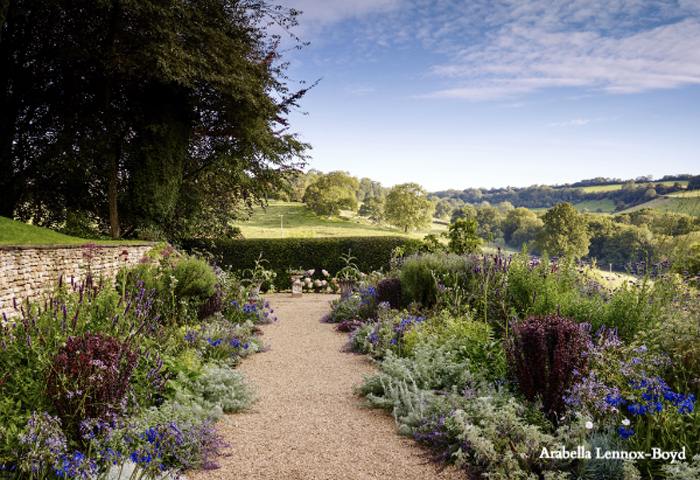 A Special Award was made to John Brookes MBE, FSGD, one of the Society’s most inspirational Fellows, for his contribution to the industry.

Philippa O’Brien MGSD, SGD Chair, commented that the SGD Awards are a wonderful opportunity to celebrate the very best in garden and landscape design: “I am particularly proud to see so many new faces among our winners this year,” she said.

The SGD Awards recognise outstanding achievement in the garden and landscape design profession. Covering all aspects of design from private domestic gardens to promoting excellence among landscape and garden designers. With the exception of the Designing for Community Space Award, which is open to the general public, the SGD Awards are open to Members of the SGD only.

For full details of the Awards, full list of award winners and judges comments see www.sgdawards.com

©All photographs 2017 SGD and Individual designers.