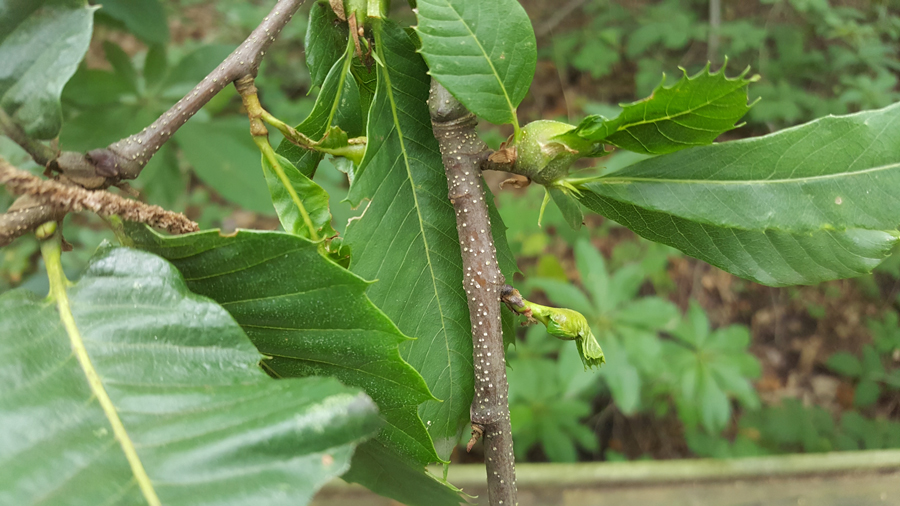 While tucking into traditional, hot roasted chestnuts this Christmas spare a thought for the UK’s millions of sweet chestnut trees battling the dual threat of a gall wasp and chestnut blight, says the Royal Horticultural Society (RHS).

The RHS is calling on gardeners to familiarise themselves with the symptoms as the combination of pest and disease could impact on tree numbers and wildlife ecosystems as well as a burgeoning coppicing industry. Future supplies of chestnuts during Christmas periods could also be at threat. The RHS point out that early detection and reporting is key in helping manage the spread of pest and disease as there are no solutions other than to remove the trees.

The call comes as part of National Tree Week (25th November to 3rd December 2017) with the RHS urging the public to report information about the state of the nation’s trees to the Forestry Commission’s Tree Alert Service. Some exotic pests and diseases that have already taken hold in the UK include oak processionally moth and ash dieback – the latter of which is expected to cause the loss of a significant number of the country’s ash trees. 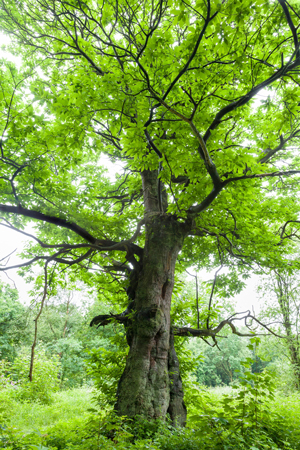 Oriental chestnut gall wasp is a small insect with a black body and orange brown legs whose larvae feed within the buds of trees. First found in Kent, it has become widespread in the South East this year. At the same time, sweet chestnut blight, a fungal disease which is transmitted via wind, rain and wildlife, has been found in several locations across the UK, including Devon, Dorset, and most recently London, Reading and Derbyshire. Action is being taken to limit the spread of the disease.

Chestnut blight resulted in the American chestnut’s eradication from the US in the early 20th century and, in Italy, gall wasp has been attributed to an 80% reduction in nut yield.

Andy Salisbury, Principal Entomologist at the Royal Horticultural Society, comments: “Chestnut trees are an integral part of the British landscape and common in parks, woodland and larger gardens where they are favoured for their speedy growth, handsome spiralling bark, large, glossy leaves and tasty crop. The combination of wasp and blight poses a very real threat to the UK’s millions of sweet chestnut trees and points to the importance of remaining vigilant against new and emerging pest and diseases and the importance of plant health controls.”

The RHS will publish new plant health guidance in late December which updates current plans and responds to new threats such as the bacterium Xylella. More information is available on the RHS website: https://www.rhs.org.uk/

Oriental chestnut gall wasp and chestnut blight symptoms to look out for include:

Green, rose-coloured or red galls up to 4cm in diameter on the buds, leaves and leaf stalks

Leaf distortion as a result of the growth of the galls

Leaves affected by the gall wasp can drop early, or remain on the tree throughout winter.

Cankers develop on the stems on which masses of yellow-orange to reddish-brown pustules are visible.