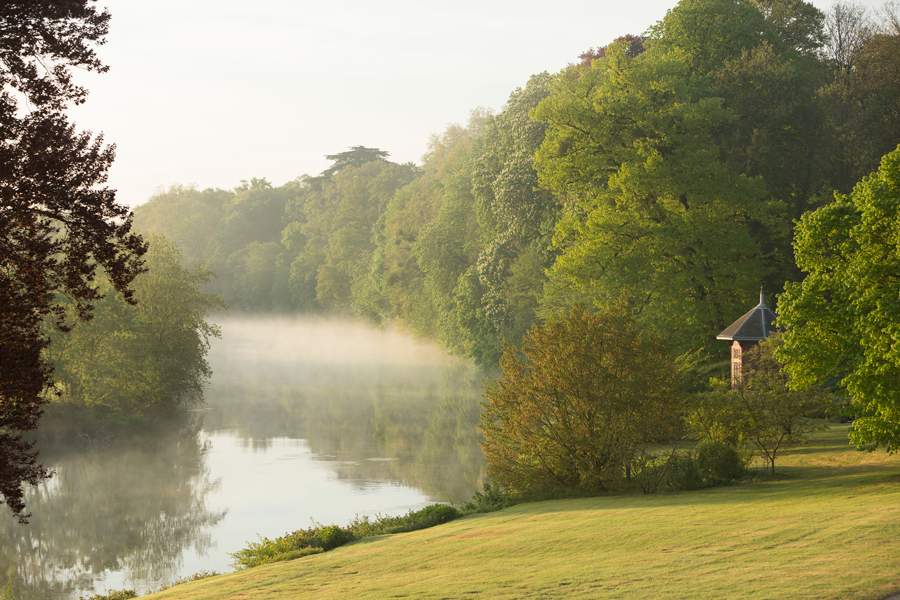 Nestled in the Loire Valley, the Château du Lude is one of France’s most historic chateaux. Passed down through successive generations of devoted owners, it is one of the few French chateaux still inhabited by its historic family today.

In a new and sumptuously illustrated coffee table book we can now gain an intimate insight into the life of the beautiful Château du Lude, today, inhabited and impeccably maintained by the Count and Countess Louis-Jean de Nicolaÿ, whose family has owned the property for over 250 years. 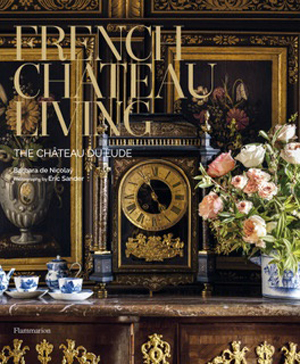 With text by Barbara de Nicolaÿ and Christine Toulier, assisted by Christaine de Nicolaÿ-Mazery, ‘French Chateau Living – The Château du Lude’ – is a real joy, as the reader discovers the chateau’s well preserved interiors and gardens, its medieval kitchen, Italian Renaissance studiolo, and a glimpse of the lifestyle of the château’s inhabitants past and present. The rich photography in the book is provided by Eric Sander, who was granted unprecedented access into the hidden corners of the estate not usually open to the general public. The result is both intimate and stunning.

In the Foreward, Stéphane Bern points out that the Château du Lude belongs to a magic circle of ancestral houses that have retained their soul and remain a family home. Today, it is open to the public and offers a warm welcome to all. It is the most northerly of the Loire châteaux and has been touched by French history through six centuries. Bluebeard besieged the castle on his way to join Joan of Arc’s crusade and it has earned the rare distinction of having survived the French Revolution intact. Throughout its history it has been close to the centre of power with various incumbents in the service of French kings.

The Château has been known by a long line of distinguished visitors including Kings and Queens, French Presidents and Royalty. The late Queen Elizabeth the Queen Mother visited and enjoyed the famous Son et Lumiere performance for which the Chateau has become famous.

Horticulturists will know the Château as the setting for the Fete des Jardiniers, an annual event organized by Barbara de Nicolaÿ and her husband for nearly 25 years. As part of the garden festival and to mark the new millennium the family decided to provide a literary prize devoted to books on gardens and gardening and so under the aegis of the Association des Jardins du Maine, in 2000, a jury of nine prominent figures from many different areas of gardening met to select the year’s best books on botany, gardening and garden design. The prize is now well known as the Prix Pierre-Joseph Redoute´. 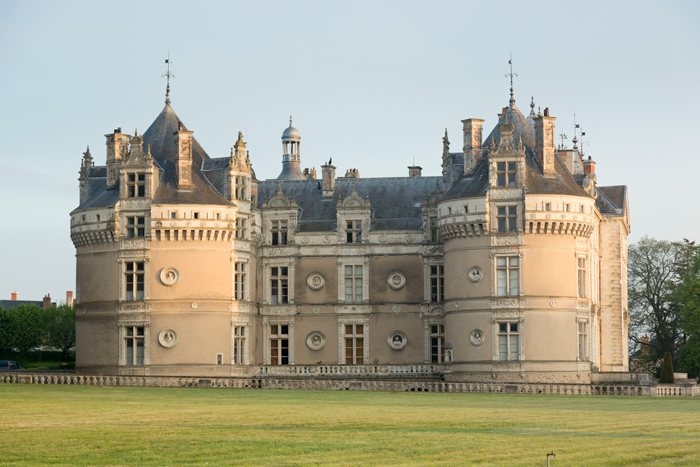 The gardens at Château du Lude date back to the Renaissance and today it has received official designation by the French Ministry of Culture as a “jardin remarquable” both for the layout of the garden and buildings and the setting in which they sit. In 1934 a visitor to the Chateau wrote: “The château seemed to us to be a world apart. You could walk for hours, or even get lost … From the second floor, where we lived, there was a ravishing view over the Loire, the fields that bordered it and the parterres of flowers.”

One can imagine the scene as every morning the valley of the Loir and its wooded hills make a bucolic setting with the golden light of the rising sun on the mist rising from the river. Originally, the land surrounding the Château was arranged in terraces with sturdy foundations and edged with stone balustrades. This left successive future generations the freedom to express their own taste according to the fashions of the era. The neoclassical façade was extended by the Eperon terrace in the 18th century. 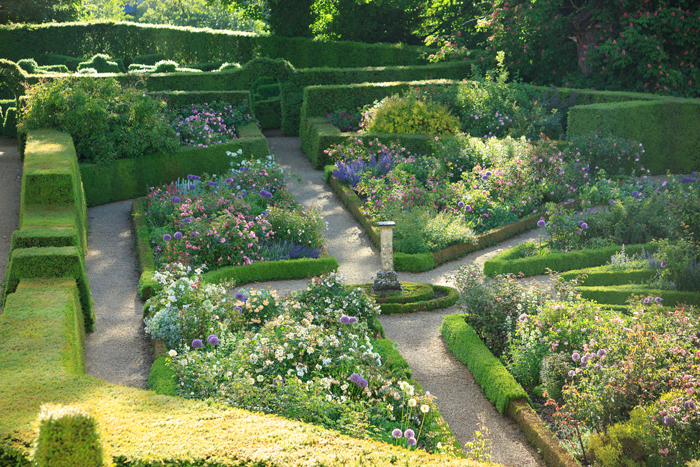 During the 19th century some of the most ambitious changes were made to the garden by Edouard Andre´. He was already a landscape architect of international renown – he could boast a portfolio of great public parks including Les Buttes-Chaumont in Paris and Sefton Park in Liverpool – and his grand plan presented to the Marquis de Talhouet-Roy in 1880 provided for a formal garden laid out along the Loir, a landscape garden for the rolling parkland, walled kitchen garden, hothouses and an orangery.

Sadly, the lavish lifestyle of Belle Epoque was no longer appropriate after two world wars, various depressions and recessions. Thus it has fallen to Belgian landscape architect, Augustin d’Ursel to take the gardens in hand a century after Edouard Andre´s work, to restore their lustre for the 21st century.

Flower beds in the formal garden have been removed and replaced with pools and topiary, the kitchen garden has been brought back into use and the Eperon terrace completely transformed – its stone buttress wall is now echoed by a wall of yews, and set between them are a star-shaped rose garden and a box maze. The rose garden is planted with a collection of China roses in tribute to the Château’s distant ancestor who came to Le Lude from the Orient. Recently, a collection of rare trees and shrubs were planted under the supervision of the plant collector Jacky Pousse. 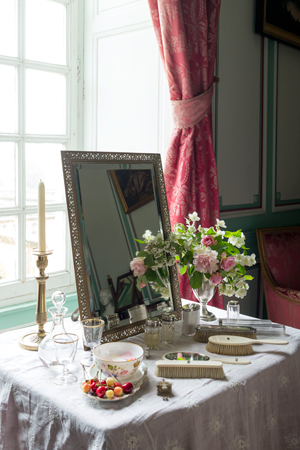 So at the beginning of the 21st century, the gardens at Le Lude bear witness to changes in tastes and fashions down the centuries. The family ensure that they preserve the combination of grandeur and intimacy while creating an atmosphere of gentle harmony in keeping with the spirit of this remarkable place.

This beautiful book will bring pleasure to the reader both through the informative text and also the stunning photography. ‘French Chateau Living, The Château Du Lude‘, is a sheer joy to sit and browse through. It is a record of château life, the passage of time, marked by the fruit and vegetable harvests, seasonal flowering of the parterres and the annual garden festival.

Barbara de Nicolaÿ shares the task of preserving the Château de Lude with her husband, Count Louis-Jean de Nicolaÿ and it is she who has written the informative text with the assistance of Christiane de Nicholaÿ-Mazery, who has published several books for publishers Flammarion.

‘French Chateau Living, The Château Du Lude’, is published as a coffee-table book by Flammarion in hardback at £55. It can be ordered from Watersones: Or Amazon

You can find further information on the Château le Lude by visiting: http://www.lelude.com