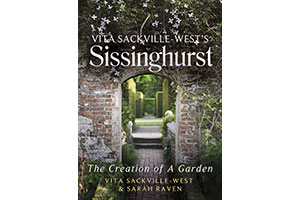 Reckless Gardener’s Sandy Felton discovers the vision behind one of Britain’s iconic gardens in a new book by Sarah Raven.

When I first heard that Sara Raven was planning a book on Vita Sackville-West’s garden at Sissinghurst, my interest was immediately aroused. Anyone who has visited this iconic garden, never forgets the experience. There is something about Sissinghurst, – there is a romanticism that is easy to feel, just as clearly as Vita did when she first saw the property in 1930.

Like so many great gardens Sissinghurst is a partnership, a partnership between Vita and her husband Harold Nicholson, who has to take the credit for the shape and landscaping of the garden, while Vita, with her feeling for colour and texture, her belief that gardens can be places of excitement and calm, created the wonderful planting and flowerbeds.

In ‘Vita Sackville-West’ s Sissinghurst’ Sarah writes an entertaining and absorbing book detailing Sissinghurst’s background history and the creation of the garden by Vita and Harold. Her writing style is relaxed and what I really liked was the author’s ability to draw on the wonderful archive of Vita’s writing, which flows seamlessly within the text.

From 1946 to 1957, Vita, wrote a weekly column in the Observer describing her life at Sissinghurst, showing her to be one of the most visionary horticulturists of the twentieth-century. They are a delight to read, beautifully constructed, filled with common sense and down-to-earth advice. Sarah’s choice of the excerpts from Vita’s  writings form an important part of the book and help us to reconnect with this extraordinary woman and gardener. 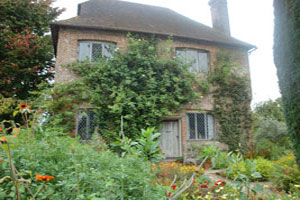 Having grown up with formal bedding in the large houses of the late Victorian period, such as at Knole, Vita became influenced by William Robinson, whose more relaxed planting style appealed to her. As she commented: “I have no great love for herbaceous borders or for plants that usually fill them – coarse things with no delicacy or quality about them. I think the only justification for such borders is that they shall be perfectly planned, both in regard to colour and to grouping; perfectly staked; and perfectly weeded. How many people have the time or the labour?”

Vita clearly recognized that William Robinson’s methods lay in his choice of what to grow and how to grow it, his style of mixing up all sorts of plants together, moving away from the swathes of bedding of pinks and pansies. She liked experimenting and was a firm believer in the view that “a good gardener makes experiments” and “the fun of gardening is nothing unless you take reckless risks”. As a Reckless Gardener I rather liked that.

It is well documented that Harold and Vita had arguments about the garden. What creative couple would not? But for both of them, as Sarah describes, Sissinghurst was a huge and daunting project, particularly more so because they were so short of money. Harold wanted to create garden rooms to ensure a sense of privacy, which for him was key and so he laid out the paths and formal pattern of the garden.  Vita wanted to “cram, cram, cram” each available space with wonderful everyday plants as well as exotic ones. The evidence of their creation demonstrates it was obviously a successful partnership.

Today, Sissinghurst is one of the most visited National Trust gardens in the world and Sarah’s book, illustrated with drawings and original photographs, shows us how it was created and how gardeners everywhere can use some of the ideas from both Sarah and Vita Sackville-West. 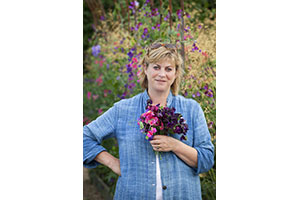 Sarah is married to the writer Adam Nicholson, Vita’s grandson, and has lived with her family at Sissinghurst Castle. In this delightful book she describes the vision and the craft that has made Sissinghurst a place of vitality and beauty.

I so much enjoyed reading once again excerpts from Vita’s columns and I found myself reading descriptions of plants that made me want to reach for the catalogues! Sarah modestly puts Vita’s name before her own as joint editor of the book, which is divided into three parts. The first exploring an outline of Sissinghurst’s history; the second part exploring Vita’s garden schemes, and finally bringing the story up-to-date.

To say I couldn’t put it down would be an understatement and it was pure delight to be able to relive the thoughts, visions and expertise of Vita Sackville-West in the creation of this iconic garden.