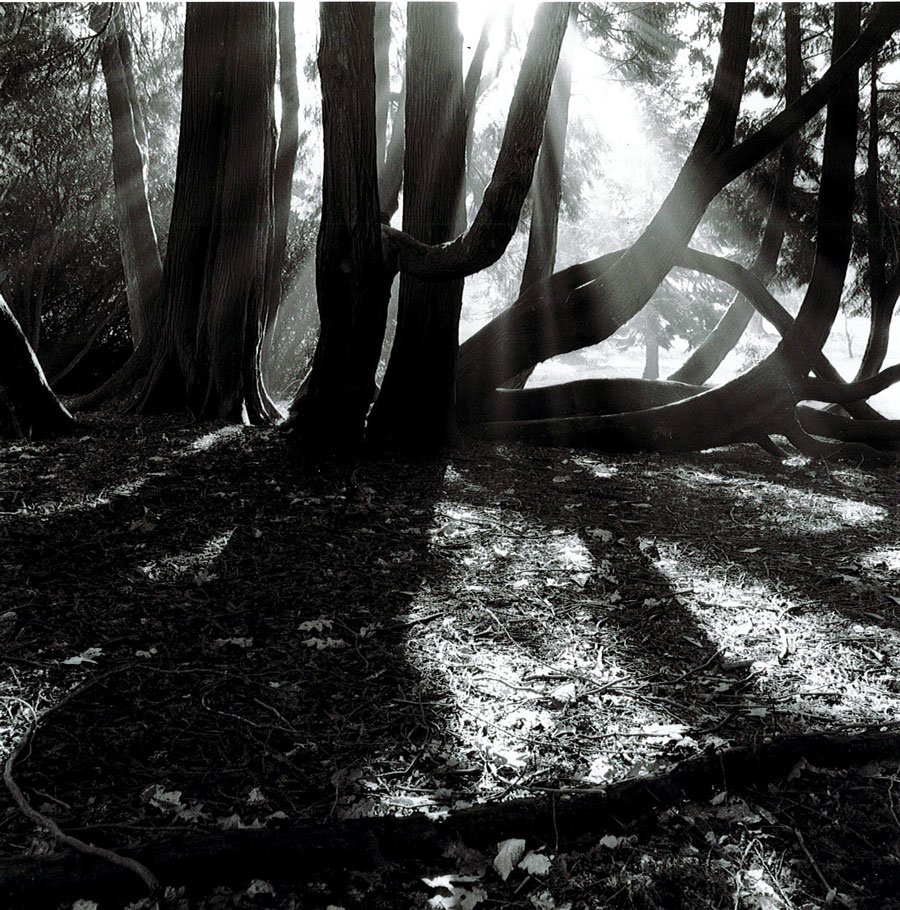 Over the past couple of years, West Sussex-based photographer Graham Murrell has been casting a discerning eye over West Dean Gardens and later within West Dean House, the setting of West Dean College of Arts and Conservation, to create a series of atmospheric works that are to be sold on behalf of the West Dean Gardens Glasshouse Appeal.

The result forms an exhibition – ‘Rhythms and Riffs‘ – taking place in The Edward James Studios and running through to 4th September 2019.

Graham, former Head of Photography at Central St Martins College of Art, commented: “In the Gardens, I have been drawn to photograph (using medium format film and traditional processes) the visual notes and chords that together comprise the wonderful composition created over the past three decades by Jim Buckland and Sarah Wain.”

He continues: “Here in the house at West Dean I have referred to its Surrealist past in homage to the movement supported and encouraged by Edward James.”

Graham has previously been commissioned to make work in houses such as Kettles Yard, Blackwell – The Arts and Craft House in Cumbria, and the Artists House, so he is no stranger to house interiors.

West Dean’s magnificent Grade II Listed Glasshouses, built during the 1890s by Foster and Pearson, were at the forefront of Victorian technology. After the Great Storm of 1987, one of the first jobs was to restore all 13 glasshouses to full working order. However, now 30 years on and the warm and damp conditions created in a glasshouse contribute to its own decay. Nine out of the 13 glasshouses have been fully restored and the work on the final four is planned for this year. To finish the project in its entirety, however, West Dean still has to raise a further £29,000. The sale of Graham’s atmospheric works will be in aid of the Glasshouse appeal.

The exhibition runs until Wednesday 4th September, 2019, between 10am and 5pm in the Edward James Studio. (Use Gardens entrance – PO18 0RX).