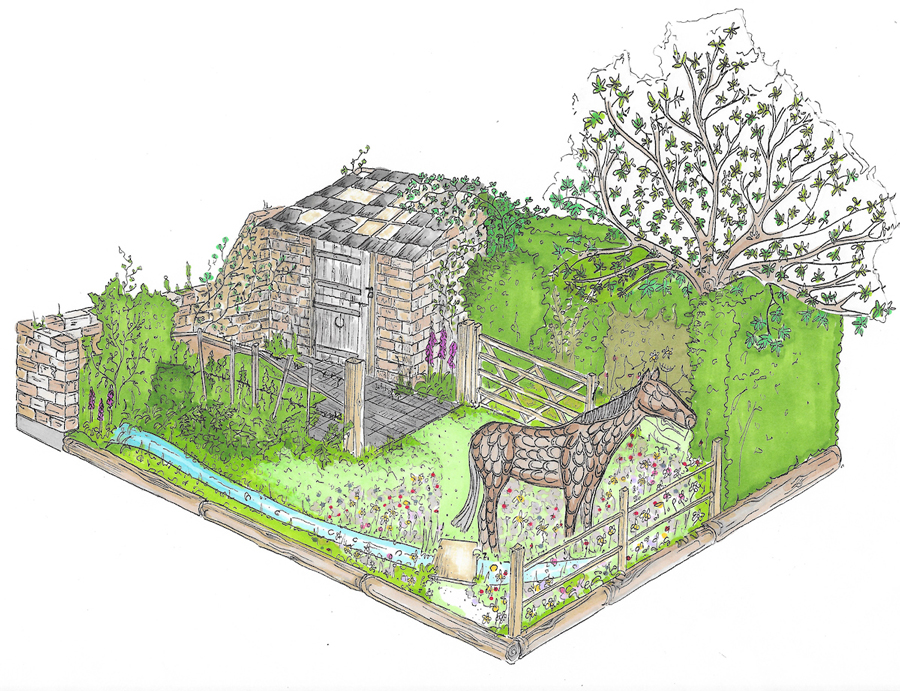 The garden will be brought to life by design duo Adam Woolcott and Jonathan Smith (pictured below). They will tell the story of a horse from a small, derelict stable in a dark corner of the garden and nursed back to health under World Horse Welfare’s care – now living in a bright, open meadow where he can thrive and continue his journey to rehoming.

The garden is designed as a visual representation of World Horse Welfare’s work and will pay tribute to the charity’s supporters who have played a vital role in the last 90 years. It will also highlight the need to continue shining a spotlight on invisible horses around the world, whose suffering goes unnoticed or ignored. 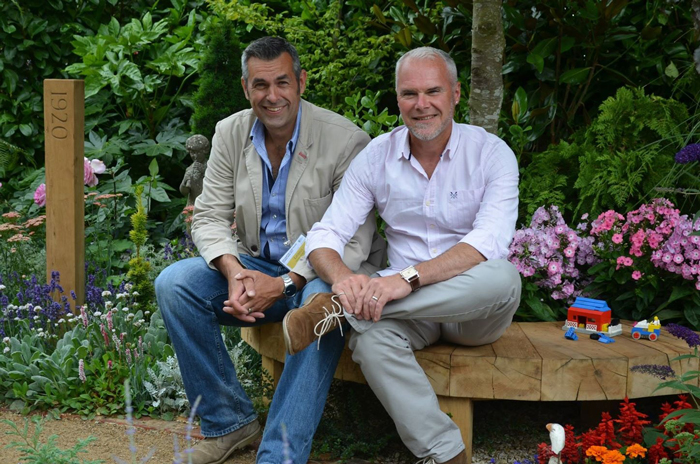 The designers are best known for their traditional, nostalgic gardens, using wildflowers and reclaimed materials with an emotive message. Both Adam and Jonathan are delighted they have been asked to design the World Horse Welfare Garden: “Chelsea is the ‘Oscars’ of the gardening world and to be able to exhibit at the highest level is an honour,” they said.

They two designers knew they definitely wanted to be part of the project after visiting one of the charity’s Rescue and Rehoming centres and meeting some of the horses that had been rescued: “We were aware of the work of World Horse Welfare from one of our customers, who is a keen supporter of the charity, and being huge animal lovers, we knew that we had to get involved,” they continued. They are both excited by the project and can’t wait to get started.

Following the 2017 RHS Chelsea Flower Show, elements of the garden will be used as part of individual “In Memory’ gardens at each of the charity’s four Rescue and Rehoming centres around the UK, creating a legacy that can be enjoyed by visitors for many years to come.

Adam and Jonathan have selected between 50-60 different species of wildflowers and wild grasses, plus trees and shrubs which are all British natives.The designers have recycled some wildflowers from client compost heaps, potted them on and now have some wonderful specimens growing in their own garden which will be ready for the Show come mid May.One of their favourites is Greater stitchwort (Stellaria media), a gloriously understated pure white flower that scrambles up between other plants – perfect for use on the edges of meadows. Ragged robin (Lychnis flos-cuculi) is another great wildflower for damp meadows with a beautiful delicate pink flower.

This will be Jon and Adam’s 10th RHS Show and 6th Chelsea Flower Show and they are both looking forward to being back for 2017. They have won gold, silver-gilt and silver medals for their Courtyard and Artisan Gardens at Chelsea, together with two BBC/RHS Best Small Garden Awards in 2006 and 2007.

Their last garden at RHS Chelsea was in 2013 for children’s charity NSPCC – the Garden of Magical Childhood.

They describe themselves as ‘hands in the dirt’ practical gardeners and are well known for running the successful AW Gardening Services based in Bishop’s Stortford.

You can find out more about the work of World Horse Welfare here http://www.worldhorsewelfare.org