A Garden designed without borders for Cloudy Bay 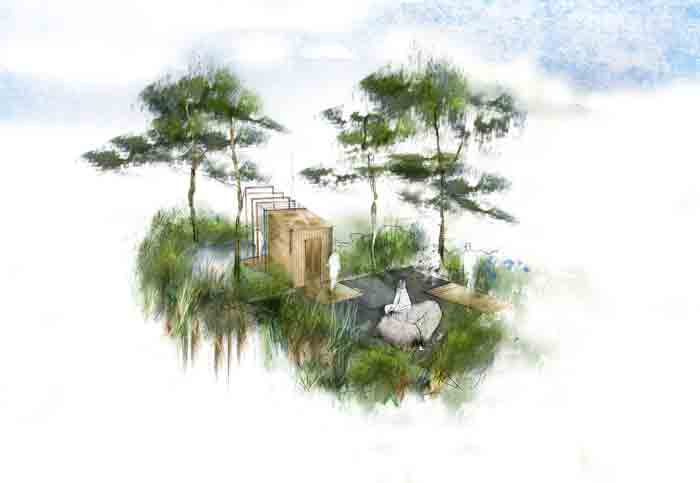 Cloudy Bay, the pioneering winery in Marlborough, New Zealand explores the notion of escape in its fourth RHS Chelsea Flower Show Garden created by young, talented landscape designer Sam Ovens. ‘The garden without borders’ is inspired by Cloudy Bay’s 30 year heritage using nature as a source of its winemaking inspiration.

The design for the 2016 Chelsea garden is a secluded retreat in which to escape, a serene space that evokes memories as one breathes and savours the experience of the garden. In its powerful simplicity the garden will demonstrate the value and relationship that nature has to the winemaking process, while enabling those who explore to ‘sail away’ from the stresses of busy life. 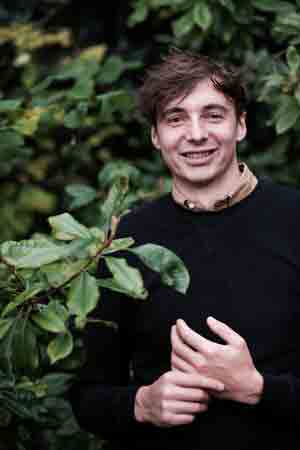 The primary material for the garden will be western red cedar timber, which is used in the construction of a deck, boardwalks and cabin, a waterside retreat. A large reflective pool adds a sensory element to the design with connotations of setting sail and drifting away or even escaping. The cabin and boardwalk elements have a pontoon-like quality.

The architectural structure of Cloudy Bay signature wines, Pinot Noir and Sauvignon Blanc, are alluded to throughout the garden’s structure and planting. The Marlborough terroir with its micro-climates and diverse soil types that deliver the intricacies of flavor are represented through the planting palette which is made up primarily of heathers, pines and grasses. There are no boundaries to the garden increasing a sense of freedom when enjoying it from within.

A high proportion of nectar-rich heathers and native grasses will be included in the garden, punctuated with ‘jewel-like’ surprises such as exotic heath spotted Orchids, Agapanthus and Potentilla X Tonguei.

Maria Ines Pina, Senior Brand Manager at Cloudy Bay is delighted that Sam has perfectly captured the essence of Cloudy Bay in his design: “Our mission is to share the simple luxuries in life, such as savouring a quality wine drinking experience,” she says.

Designing a garden for the RHS Chelsea Flower Show has been a dream of designer Sam Ovens (pictured above, left) since commencing his studies at Falmouth University where he attained a BA in garden design. Sam (aged just 26) was named Young Designer of the Year by the RHS in 2014 as well as winning two RHS medals at RHS Flower shows including Silver at RHS Hampton Court Palace Show in 2011 and Gold at RHS Tatton Park in 2014.

Commenting on his design, Sam says: “People love to escape to their gardens. They realign themselves with nature, unearth themselves from a state of mind there. The Cloudy Bay Garden explores a freedom that has no bounds, providing a sense of escape that can take us anywhere. I’ve really enjoyed working with the affinities between gardening and winemaking, and exploring a process which starts in the wild with the earth, and is guided by nature. Similar to the winemaker at Cloudy Bay, my main source of inspiration is the environment, both the natural one and the man made.” 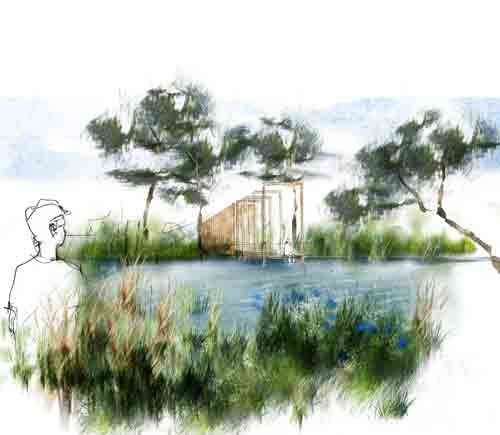 The Cloudy Bay garden will be situated on The Triangle at RHS Chelsea and there is no doubt that this young talented designer will receive a warm welcome on his first show garden at Chelsea.