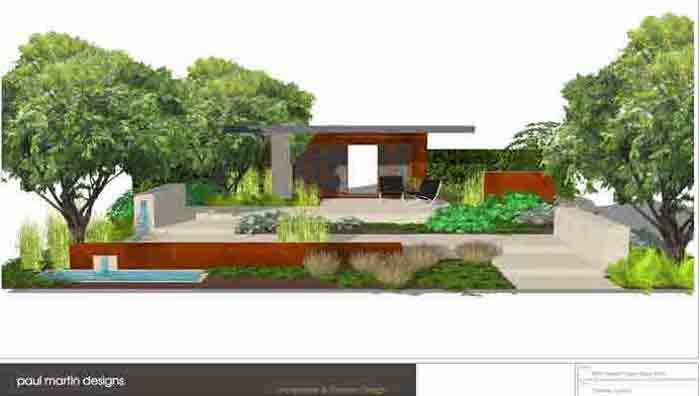 Sponsors Vestra Wealth will be bringing a contemporary modern garden to the 2016 RHS Chelsea designed by Paul Martin (pictured below left). Inspired by the love of far Eastern travel, yoga and a calm space to reboot after a busy day at work, the garden is designed for a busy city client.

Corten walls, subtle grey splashed limestone and large sliding shutters, which open to reveal the sparkling city views at night will feature in this modern garden with its clean lines. 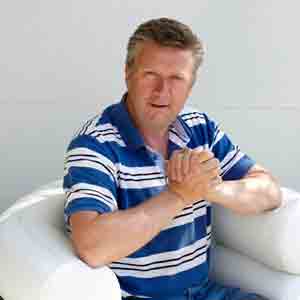 Dappled shade will be provided by large multi-stemmed trees giving dappled shade to a planting palette of soft greens and yellows dancing beside secret rills of water escaping through blocks of limestone. The planting is used to create a gentle, calm and relaxing space to unwind and restore one’s life balance.

In the shade areas, under the trees, Epimedium, Hosta and Digitalis in Var, will feature. Plants will be supplied by Hortus Loci and Kelways Plants.

Paul has been designing gardens for nearly 30 years and is no stranger to exhibiting at RHS Flower Shows. He is a multi-medal winner and has also won Gold at the Singapore Garden Festival.

He is no stranger to RHS Chelsea having exhibited on several occasions including 2003 when his garden won the BBC People’s Choice Award.

We wish Paul and his team every success in the run-up to this year’s Show.