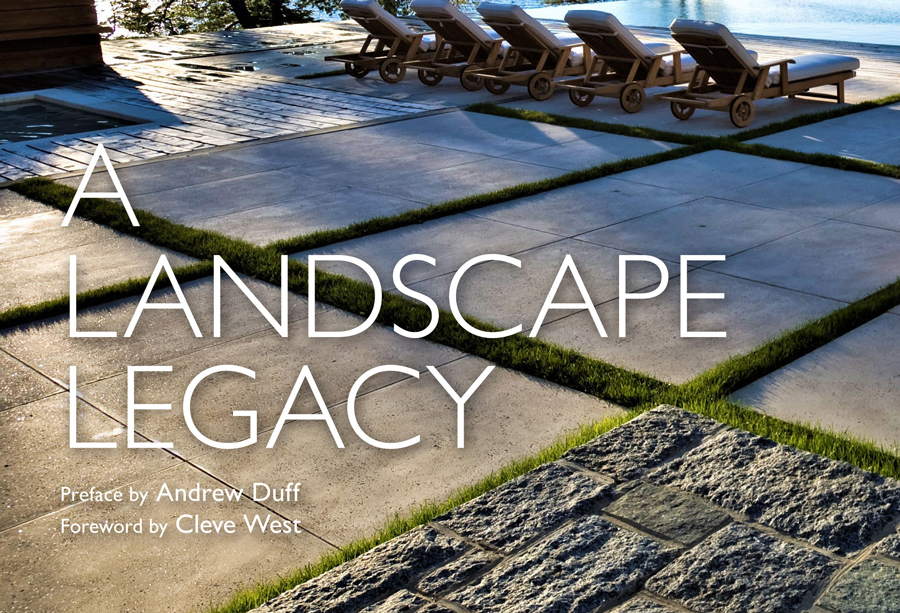 Sandy Felton reviews ‘A Landscape Legacy‘ by John Brookes MBE, and finds it a fitting tribute to a design genius.

It seems appropriate that John Brookes MBE (1933-2018) should title his latest book, ‘A Landscape Legacy‘, for sadly he died shortly before its publication. Hailed as ‘the man who made the modern garden‘ he transformed twentieth-century garden design, not only in his native Britain but throughout the world and indeed ‘Legacy’ is indeed what he has left us. 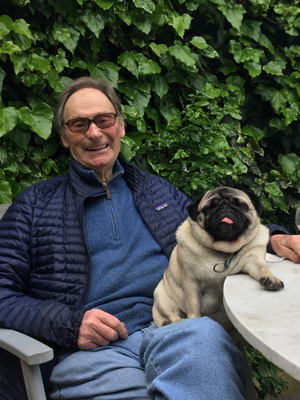 The very first book I bought on garden design was by John (pictured left) – ‘The New Small Garden Book‘ (1989) – and it removed a veil from my eyes about what was possible with even the smallest space. In my case, he can claim the credit for making me think for the first time about actual garden planning and design and what I was using the garden for, rather than my hitherto buy and find somewhere to dig plant fixation.

I once had the pleasure of interviewing him and have to confess that I was daunted at the prospect, such was his iconic status. However, I found him charming and kind and very generous of his time and his anecdotes from around the world fascinating. For nearly 50 years he designed gardens and taught garden design, always emphasising the ‘importance of reconciling nature and the character of a landscape with the needs and visions of the people living in it‘.

‘A Landscape Legacy‘ is a beautiful publication – divided into two parts – the first covering his early life, journalism, exhibition gardens and Chelsea. In this section he also talks about working in Private Practice and there is an excellent section on Modernism. His work in Iran, Kashmir and finally his homecoming in the 1980s is covered here also. In Part Two, he covers his work in the U.S., Canada, Japan and South America before taking us on a journey through Europe and Russia. 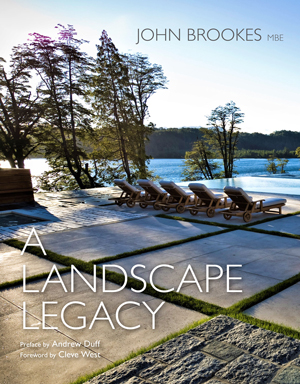 Back in Britain we discover the plethora of gardens he designed here as well as his own famous garden at Denmans, West Sussex, where in 1980 he founded the Clock House School of Garden Design. In his lifetime he achieved many awards – he was awarded an MBE for garden design and services to horticulture, was a Fellow of the Society of Garden Designers, received the Award of Distinction of the American Association of Professional Landscape Designers, the Garden Writers’ Association of America Award of Excellence and countless other international awards including four Chelsea Flower Show Gold Medals.

For him, the focus was on what everyone wants – a garden that fits in with one’s lifestyle and can be enjoyed all year round. He even points out that he was not a plantsman – for him it was the shape and form of plant material that was of interest.

In the Preface, Andrew Duff, garden designer and managing director of the Inchbald School of Design, points out that: “Brookes demonstrated a greater understanding of the cultural vernacular needed to produce timeless design” and paid tribute to his rare ability to feel a space.

In the Foreword, Cleve West, garden designer and writer, and a former student of John’s, pays tribute to him as the person who saved him from a lifetime of lawnmowing! Cleve, like so many, discovered that having John as both a friend and mentor was priceless and that “….his teaching, writing and lecturing was matched only by his unceasing quest to both champion and challenge past and current trends with one eye on what the future might hold.” 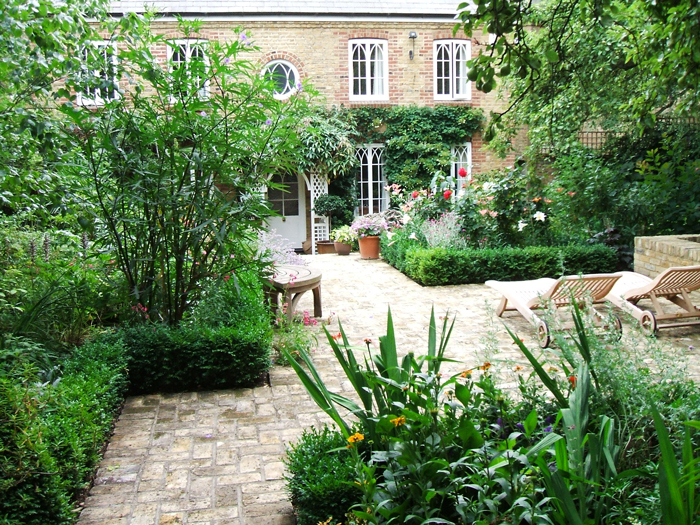 (above) A front garden in Wimbledon

The book has excellent photography and there are also plenty of garden plans demonstrating the mastery of his art. He has an easy and informal writing style that instantly connects with the reader and his descriptive prose is perfect for setting the scene. As he writes in the Conclusion, he has sired no heir but he has given birth to perhaps a thousand gardens and a long list of books that have inspired generations of gardeners and designers. He will always be remembered for his pioneering book – Room Outside (1969) – in which he announced a new way of thinking for UK gardens promoting the garden as a space to enjoy and live in.

The John Brookes Denmans Foundation will preserve John Brooke’s landscape design legacy through the education of design and horticulture students, as well as the preservation of Denmans Gardens.

John Brookes has taught us much and has certainly left a wonderful legacy for those who follow him in garden and landscape design. This book tells the story of his life and work and reflects on how his thinking about design has developed. The last word goes to Louisa Jones, garden writer, Provence, who says: “By treating garden design as an art form, yet recognizing its raw materials as living, evolving and infinitely diverse, he bridges the opposition of art and nature, conceptual and environmental design.”

This is one book that deserves its place on the bookshelf and I know it will be treasured by many, including myself, for decades to come.

‘A Landscape Legacy‘ by John Brookes, MBE., is published in hardback by Pimpernel Press – www.pimpernelpress.com – at £40.00.

A Review Copy of this book was kindly provided by the publisher.