Preparing for Chelsea with Paul Hervey-Brookes 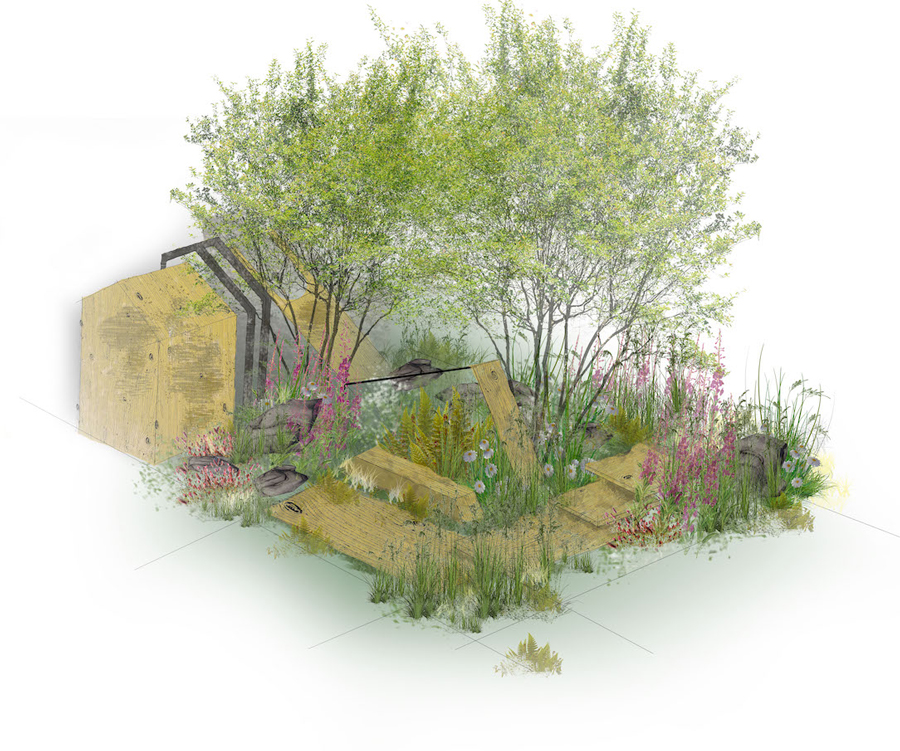 Designer Paul Hervey-Brookes talks to Reckless Gardener about his Chelsea garden for Viking Cruises and what appeals to him about Nordic design.

Award-winning designer, Paul Hervey-Brookes is nothing if not prolific and although we haven’t seen him at RHS Chelsea for the past four years that doesn’t mean to say he has been standing still. It’s not unusual to see Paul design show gardens for more than one show a year and in 2017, his stunning IQ Quarry Garden at the inaugural RHS Chatsworth Flower Show was a great success while his garden at that year’s RHS Hampton Court for Viking Cruises saw him win Gold.

Making a welcome return to 2018 RHS Chelsea with an Artisan garden – ‘The Viking Cruises Wellness Garden’ – Paul is inspired by the great outdoors of Scandinavia and draws on a Nordic landscape celebrating the deep connection between nature and wellbeing.

He explains that the 2018 Chelsea garden has evolved from a series of conversations around how people interact with the landscape and the idea that Scandinavians, even if they have no natural affinity to gardening, experience the seasons through touch, sense and smell in a way we don’t, simply by being in the spa process. For Paul, the balance of nature is the core idea of wellness.

The Chelsea design uses Norwegian pine and I asked him how he was going to incorporate this: “Wood in its use in buildings and as a heat source is carbon neutral, I liked this idea but I was also very much interested in the origins of the Brutalism movement which has roots in Scandinavia so we decided to build the sauna, platforms and other sculptural details in wood referencing the landscape, material use and a design ethos. I hope it will feel minimal but uncompromised in its form,” he says.

Paul spent a lot of time looking at the movement of plants to Scandinavia over human history and also their endemic range: “It was very interesting and proves the universal language of horticulture,” he says. “I coupled this with the growing resurgence in local foods and old food sources to settle on a planting scheme which is over 90% native or naturalised to Scandinavia.” So, we can expect some interesting plants including lots of indigenous Scandinavian plants such as Sorrel, Rumex Acetosa, Wild Onion, Goosefoot and Chenopodium Album.

The sense of timelessness in Nordic design appeals to him and the sense of maturity in the style, which he feels has no need to be overtly showy, or a desire to grab attention: “It’s elegant, comfortable and you come to it when you are mature enough to appreciate the simplicity,” he points out. 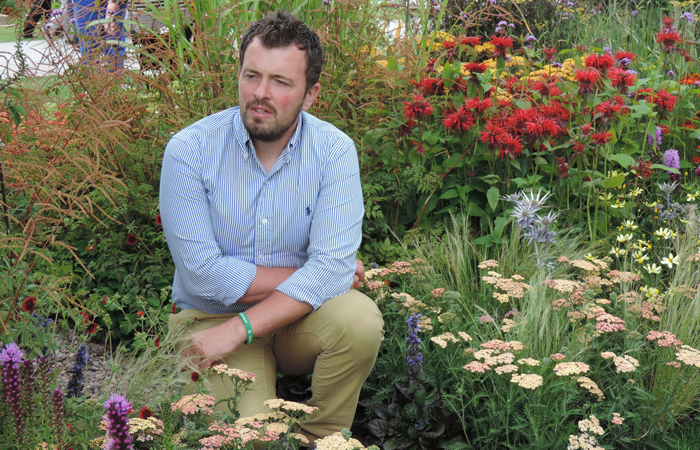 In the four years since his last appearance at RHS Chelsea Paul’s journey through life from creating one of the largest gardens at a show ever built, at RHS Chatsworth, to nursing and ultimately losing the person he intended to spend his life with, (his partner Yann Eshkol 1981-2016) has given him a different outlook: “I am excited to be there, but more than ever by the little joys one takes for granted, seeing new plants, being touched by beauty and making a garden I wanted to make for the story of the garden and not simply because there was an opportunity to make something at a given show,” he says.

I found that a rather refreshing answer because I suspect that the desire and indeed the pressure from sponsors to win medals at flower shows sometimes conflicts with the desire to create what is in the heart of the designer.

This year sees him continuing as Mentor for the RHS Young Designer of the Year finalists and as well as the Chelsea garden he will again be at RHS Chatsworth: “I have spent the last two years being very busy,” he says. “I have been opening Allmorphic Shops in Gloucestershire, a place inspired by plants and gardens which is very important to me as Yann’s last idea before illness overtook us. I am also working on a few private gardens in Gloucestershire, France and further afield, alongside making a feature installation at RHS Chatsworth – it’s nicely varied which I enjoy.”

For Paul, one of the aspects he likes best about designing gardens is leaving! By that, he means when he has finished a garden he knows that in his leaving he has started something with a person who will now go on an exciting journey of watching a space grow, develop and change: “Also knowing how radically a living, breathing garden can impact that person’s life and be there like a friend at the worst moments,” he says. I think we can all relate to that.

So, it looks like another busy year for Paul and I feel sure that his Artisan garden at RHS Chelsea for Viking Cruises will create a lot of interest and definitely give us all a special taste of Scandinavia.

The Viking Cruises Wellness Garden will be showcased from 22nd to 26th May 2018 at the RHS Chelsea Flower Show.