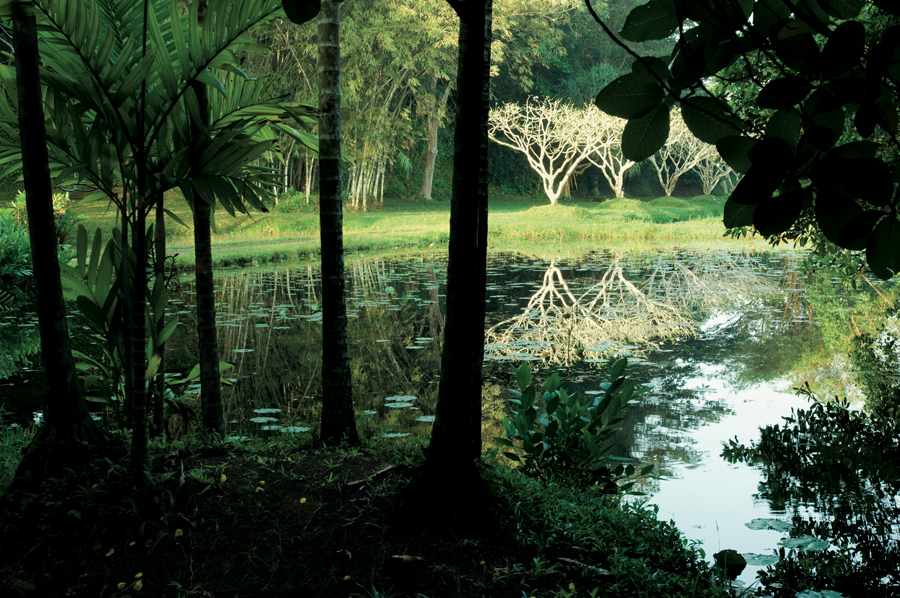 ‘Bawa, the Sri Lanka Gardens’, by David Robson with photographs by Dominic Sansoni, has now been released in a paperback edition and fascinating reading it makes.

This is a story of two brothers, Geoffrey and Bevis Bawa, and their exquisite gardens, Lunuganga and Brief, set in the lush tropical landscape of Sri Lanka. Two sons of a successful Moorish lawyer, they both followed different paths in life but eventually both ended up creating great gardens in their efforts to outdo each other in a creative rivalry.

The start of their tale is set against the declining years of the British Empire when Bevis is born in 1909 in Colombo. His brother Geoffrey arrived some ten years later. 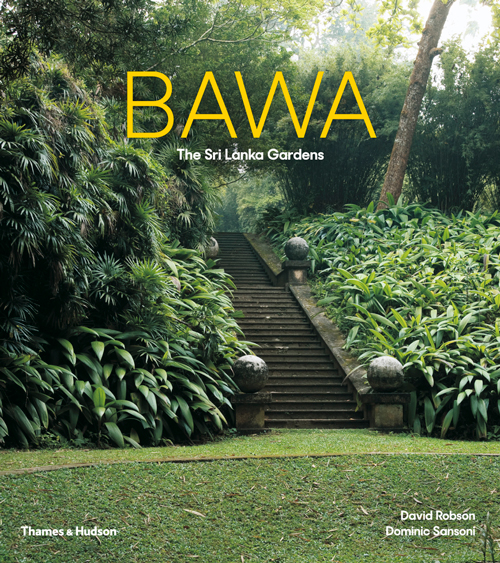 Bevis, who apparently had no interest in studying, was installed by his mother on a rubber estate called Brief, in South West Sri Lanka. His younger brother, however, was expected to follow in their father’s footsteps and take up law. Geoffrey was duly dispatched to England to study law, returning to Sri Lanka in 1948, a somewhat reluctant lawyer.

Bevis ran the rubber estate while at the same time serving as a part-time soldier. This led him to acting as an equerry to five successive British governors, with the effect that he had little time for the estate with the result that it eventually shrank. However, while the larger estate may have been neglected, Bevis lavished a lot of time on the gardens surrounding his bungalow, which eventually led to Brief becoming one of the most influential small gardens in Asia.

Brother Geoffrey, on his return to Sri Lanka, was inspired by what his brother had achieved at Brief and, determined to outdo his brother, bought an abandoned estate called Lunuganga on the far side of the Bentota River from Brief.

The project awakened in Geoffrey his interest in architecture and once again he travelled to England to study, qualifying as an architect in 1957. He went on to become one of the most influential Asian architects of his day while at the same time over the next forty years he managed to devote all his spare time and money to the improvement of his beloved Lunuganga. Like Brief, Lunuganga became one of the most important gardens of the late 20th century.

The book is divided into four parts the first of which deals with an overview of Sri Lanka itself, its nature and landscape. In part II, the author gives an excellent and intimate portrait of the two brothers taking us into the colonial world of Ceylon and the divergent lives of Bevis and Geoffrey that led to Bevis becoming very eastern in outlook and Geoffrey very British.

Part III, is devoted to a portrait of Brief and Part IV to Lunuganga. In both these sections we are treated to a sumptuous description of these world renowned gardens with stunning photography by Dominic Sansoni. 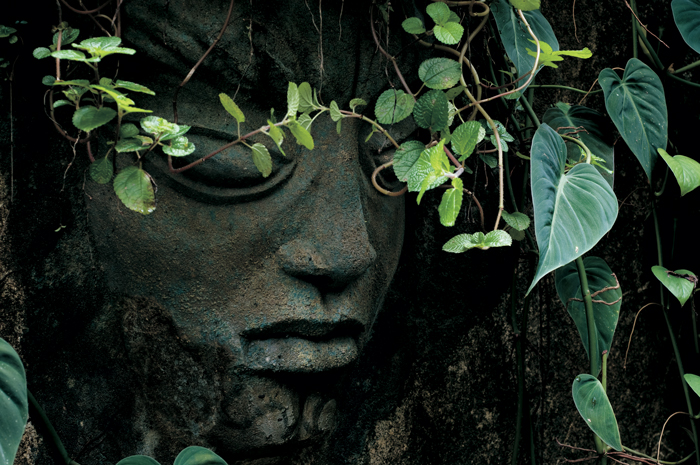 The author argues that Brief can be seen as one of the last in a long line of estate gardens, while Lunuganga was inspired in part by the great Sri Lankan landscapes of the classical period. In the Introduction it is pointed out that by setting Brief and Lunuganga in a historical and cultural context Robson is hopefully contradicting the commonly held view that they belong simply to a European tradition of garden-making and invites readers to connect them to Sri Lankan precedents. I think he achieves this very well.

David Robson was a friend of Geoffrey Bawa so he is able to write from intimate knowledge. ‘Bawa’ is not just a horticultural record of two gardens, it is also a delightful gossipy biography set against the wonders of Sri Lanka.

At the end of the book there are details for visiting both Brief and Lunuganga.

Published by Thames & Hudson – www.thameshudson.co.uk – in Paperback at £16.95 ‘Bawa – The Sri Lanka Gardens’ by David Robson and Dominic Sansoni is a celebration of two very special gardens and the remarkable brothers who made them.