Mind Trap – a Chelsea garden with an important message 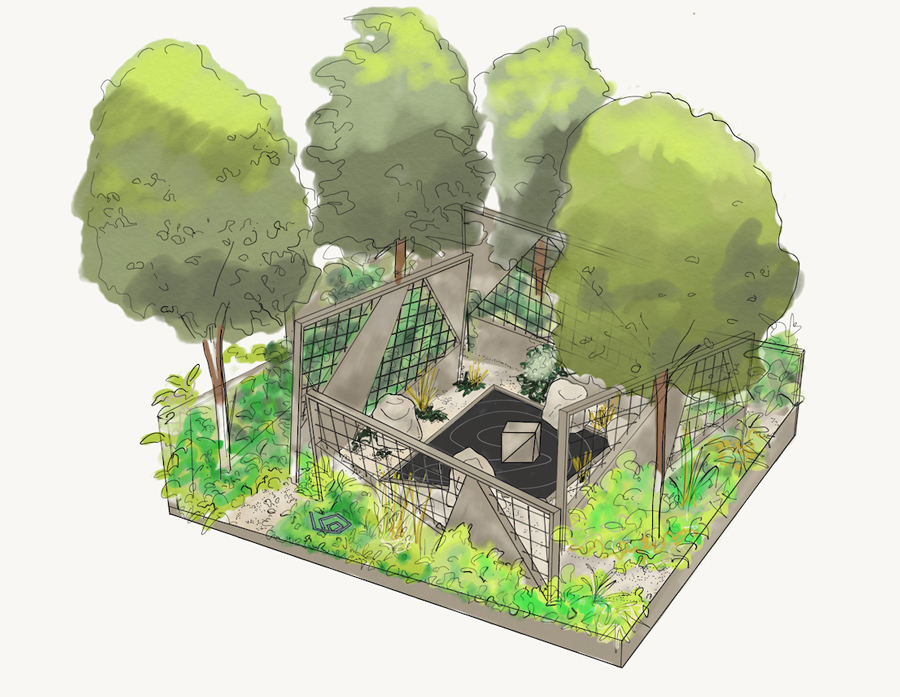 A Fresh garden at this year’s RHS Chelsea Flower Show, supported by the Northern Ireland Association for Mental Health (NIAMH), will carry an important message for those suffering or who have suffered from depression.

‘Mind Trap’ designed by Ian Price, is a physical manifestation of the designer’s personal experience of depression. Its purpose is to assure other suffers that they are not alone, while also trying to explain this experience for those who are not familiar with depression and what it may be like.

The garden will contain plants, features and structures that have symbolic meaning and this continues into the creation of the spaces themselves. The most dominant features visible from the outside of the garden are the four metal walls and they act as a foil for the planting of the exterior of the garden and enclose the inner, central area of the design.

The walls are symbolic by creating a feeling of security as well as feeling like a prison. They block some of the views outward from the inner section of the garden as well as hiding some of the views from outside in. This is a deliberate part of the design as it is not always possible to see the bigger picture from any one perspective.

Within the four walls is a pool with a central seat surrounded by gravel paths and some larger stones and boulders. The little planting that is in this area will be happy and healthy but it could be perceived by the lay person that they are dying or dead and will include species such as Carex buchananii. 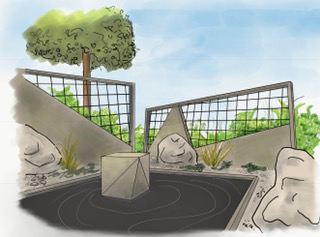 The twisted rectangular dark pool will have a seat in the centre made in a similar style to the walls and from this sea, the walls will dominate the view with only small glimpses of the more lush planting beyond along one of the four paths.

One of these paths leads to a dead end while the others lead to steps at different heights and only one of these will be easy access. This is symbolic of the choices made by those suffering with depression to get better.

Beyond the walls, the planting areas are deliberately distinctly different to that within the walls. In the back of the garden, shade tolerant planting will dominate. The opposite corner of the garden will have planting relying on sunnier conditions – the contrasting planting will highlight that we can have darker moods as well as brighter ones.

Ian explains that while the garden contains a lot of symbolism, it is not intended to be hard work for the visitor to appreciate the main ideas behind it.