Beyond our borders – fighting plant disease 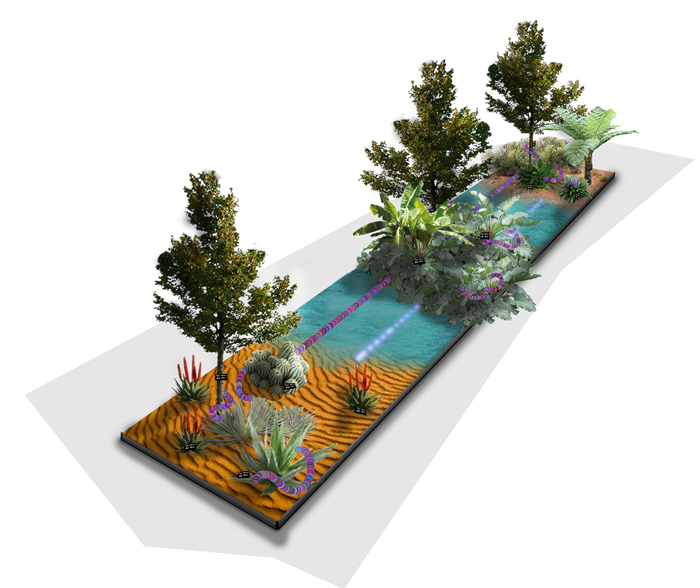 Sarah Eberle will be designing “Beyond our Borders” at this year’s RHS Chelsea Flower Show for the Animal & Plant Health Agency (APHA).

The garden is inspired by Sentinel trees, grown in International Botanic Gardens to research and record the effects of pathogens on our own species.

The garden will be divided into three zones – Australasia, Arid and Tropical – by water features representing the ocean. A large British native sentinel tree will stand in the centre surrounded by planting typical of the climatic type. Reflective of botanic gardens, each plant or group will have a botanic name label identifying it.

By researching the effects of pathogens on our own species we can better understand and develop effective solutions. The garden will show how the UK Government is working with overseas botanic gardens to protect our environment against alien pest and diseases.

Inspiration for the garden has come from a new international project, led by the UK, aimed at creating a network of tree sentinels in botanic parks and gardens around the world. In the last few years, a number of new pests and diseases have emerged as significant risks to trees and plants in the UK including: Chalara fraxinea (Ash dieback) Phytophtora spp., Oak Processionary Moth and Asian longhorn beetle.

The garden will be an important beacon to highlight the important work going on to prevent and tackle pests and diseases that can harm our native plants and trees. ‘Beyond our Borders’ will be exhibited in the Fresh Garden category.