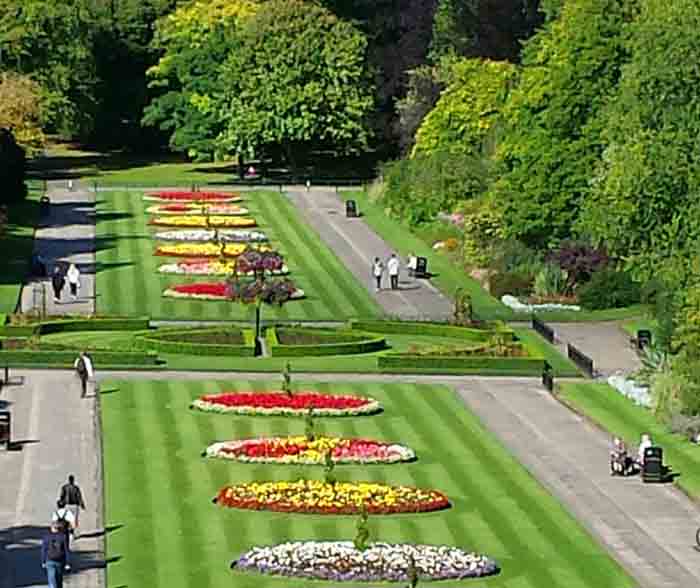 Sandy Felton writes about a new discretionary award by the Royal Horticultural Society (RHS) Britain in Bloom Campaign recognizing the efforts of communities that have been flooded.

Having seen the devastation of the recent flooding first-hand I was delighted to see that the RHS through its Britain in Bloom campaign will for the first time formally recognise the efforts of communities that have been flooded with a new discretionary award.

The award will celebrate the resilience of those who work year-round to put the Bloom back into their towns, villages and cities after such challenging circumstances while recognizing the impact of the recent catastrophic floods and other potential challenges that communities face throughout the campaign. 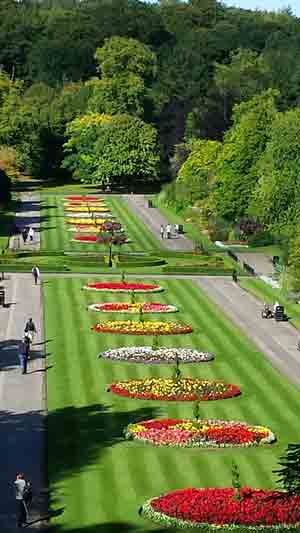 The announcement comes at the same time that the RHS revealed the 72 RHS Britain in Bloom finalists. Judges will make their first visits to the finalists across England, Northern Ireland, Scotland, Wales, Jersey and Guernsey in August.

Groups including Aberdeen in Bloom, Kendal in Bloom, Dalston in Bloom and Corbridge in Bloom, are among communities hardest hit by the recent flooding. Many are still carrying out clean-up operations before preparations for Britain in Bloom can begin.

Visiting judges will hear how the groups have met these extreme challenges; they will also offer advice from their own experience and from their knowledge of areas that have been affected by extreme weather in the past.

Roger Burnett, Chair of RHS Britain in Bloom Judges, said: “My advice to this year’s finalists would be to demonstrate how they have overcome the atrocious conditions we’ve seen in many parts of the country over the last couple of months.

“Bloom groups are always very resilient when it comes to extreme weather and nature has a great way of bouncing back, so we all look forward to a meeting our finalists to see what wonderful work they are doing to bring their communities together under the banner of RHS Britain in Bloom.”

Andrea Van Sittart, RHS Head of Community Outreach, said: “This new award will celebrate the enormous efforts made by those Bloom community gardening groups who face extreme challenges, such as the devastating floods of recent months. It’s a tremendous achievement to reach the UK Finals of Bloom, and illustrates all of these groups’ impressive commitment to improving their local environment through joined-up community action.”

Other RHS Discretionary Awards include the Young People’s Award, Conservation and Wildlife Award and the Community Champion Award.

The award-winning Seaton Park in Aberdeen (pictured in the banner and left above, before the recent flooding and pictured below after flooding) has seen the worst flooding in its history. As someone familiar with this lovely park it is heartbreaking to see so much damage. Steven Shaw, Environmental Manager at Aberdeen City Council explained that some areas have been washed away and many are still underwater. For many, the resources and budgets to reinstate landscape, parks and gardens to their original condition will be challenging. 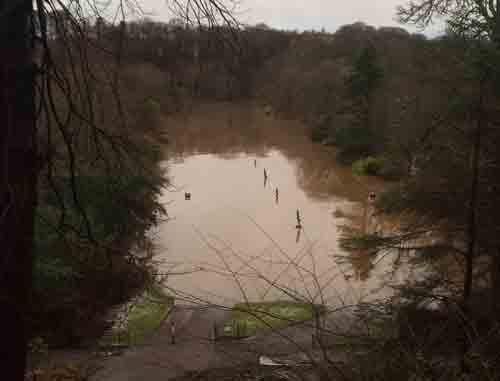 In Kendal, Abbot Hall, which comprises a park, playground and peace garden was also badly affected by flooding. Here the effect of the long-term clean up work will be challenging and Janine Holt, of Kendal in Bloom, is under no illusions that they may have to rethink the route for the judges’ tour, as well as some of their community projects.

However, in Kendal as in Aberdeen and elsewhere affected by the floods, community spirit is running high and help is coming in from volunteers and friends.

We can only wish all those affected by the floods the best of luck in the competition and in their various challenges to reinstate these precious environmental assets.