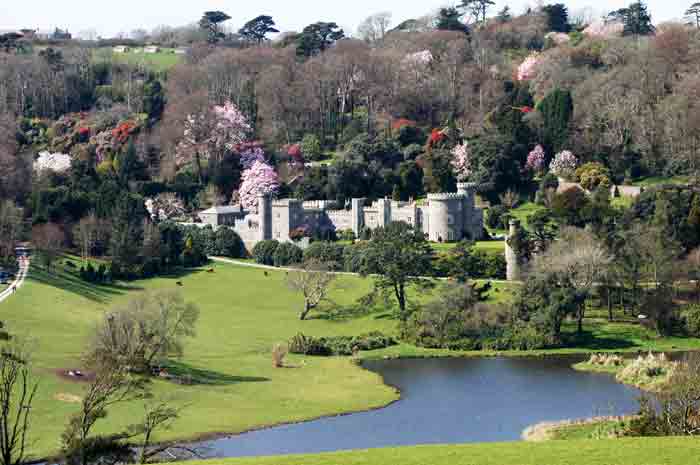 Caerhays Castle and Gardens is the winner of the 2016 Garden of the Year Award, awarded by the Historic Houses Association and sponsored by Christie’s. Situated in the striking Cornish countryside, with picturesque views across the English Channel, the Caerhays Estate is noted as one of the ‘jewels’ in Britain’s garden crown.

Nestled above Porthluney Cove, framing the castle designed by John Nash, the 120 acre historic gardens are designated Grade II* Listed Park and Garden by Historic England and considered of outstanding importance by The Royal Botanic Garden at Kew.

The woodland oasis, enjoyed by so many visitors today, flourishes under the care and supervision of Charles Williams, whose great-grandfather J.C. Williams (1862-1939) along with the support of the great plant hunters Ernest Wilson and George Forrest, laid the foundations of this much-loved Cornish garden. 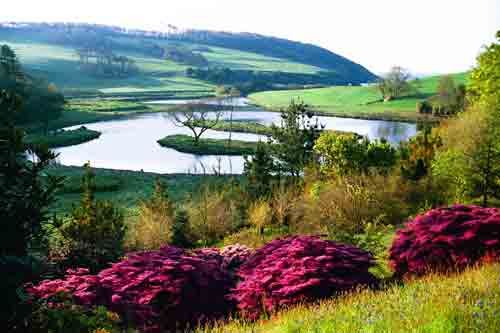 With a wealth of exotic and exciting plant species such as Chinese rhododendrons, magnolias, camellias and acers, Caerhays facilitated the extensive hybridization efforts for which the garden is celebrated. Throughout their travels across China, Wilson and Forrest sent back to Caerhays many plants which were previously unknown in Western Europe and a large number can still be appreciated more than a century later, growing in maturity and basking under the hooded canopies of the Caerhays oaks.

It was in 1903 that J.C. Williams brought his first 25 Chinese rhododendrons from the Veitch Nursery in Exeter. By 1906 over 50 new species of Rhododendrons had been planted out and by 1911 thousands of packets of seeds were being shipped to the Estate where the Estate’s team of over 50 gardeners worked to create small sheltered planting coups, nestled together to replicate their native environment. 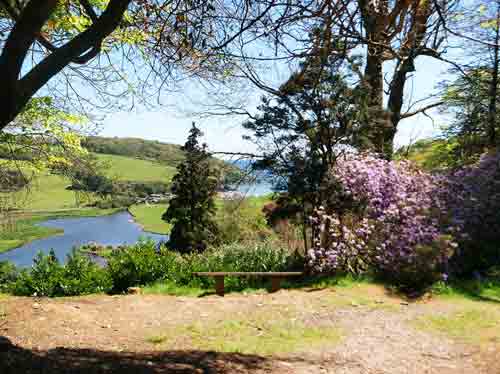 One of the garden’s greatest treasures is the free-flowering x williamsii strain of camellias from 1923, originating from Williams’ cross between the single red Camellia japonica and two pink forms of Camellia saluenensis, which were discovered by George Forrest in March 1918.

Caerhays Castle Gardens is one of only four gardens in Britain to hold the NCCPG National Magnolia Collection boasting an incredible 72 species.

The Historic Houses Garden of the Year Award is now in its 32nd year and is designed to recognise the importance of some of the country’s most spectacular gardens with outstanding horticultural and public appeal, either in their own right or as the setting for a historic house.

Orlando Rock, Christie’s UK Chairman, commented: “It is with great pleasure that we congratulate Caerhays Castle Gardens on winning the respected Garden of the Year Award, awarded by the HHA and sponsored by Christie’s. Presenting a unique opportunity to recognise some of the country’s most outstanding gardens, the award is a testament to the passion and care of the Williams family and their team in their efforts to nurture these historically and botanically significant gardens.”

President of the Historic Houses Association, Richard Compton comments that he is delighted that Caerhays Castle has won the prestigious award for 2016: “The Castle has been owned and lived in by the Williams family for many generations and there has always been a strong tradition of collecting rare plant species,” he says. “The beautiful gardens and their striking views are enjoyed by thousands of visitors each year and continue to thrive under the direction of the current owners and their team. I hope this national recognition means many more people will visit this special place.”

You can find out more information about Caerhays Castle Gardens and Estate by linking here: http://www.caerhays.co.uk/

For information on the Historic Houses Association please link to: http://www.hha.org.uk

For information on Christie’s please link to: http://www.christies.com