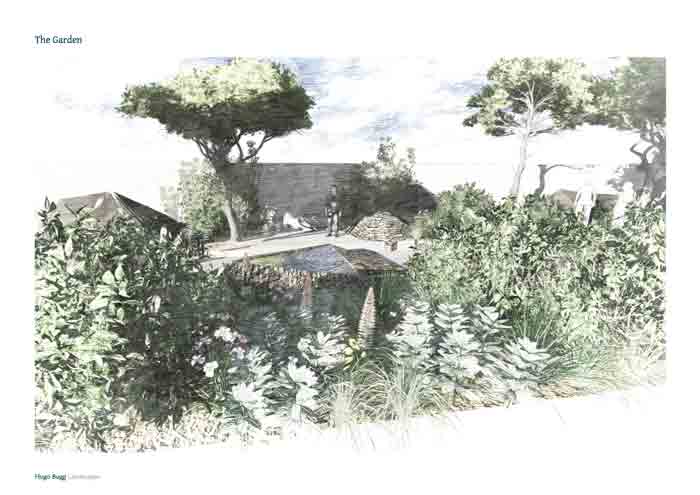 One of Britain’s most celebrated young garden designers, Hugo Bugg, returns to RHS Chelsea for the 2016 Show with his second garden for sponsors Royal Bank of Canada.

Hugo is driven by a desire to create gardens with underlying messages as bold and compelling as his designs and he comments that he looks at this 2016 garden as an extension of the RBC Waterscape Garden that he designed for the 2014 RHS Chelsea Flower Show: “I want visitors to be inspired by the dynamic and sculptural elements of the garden’s design but also understand humanity’s fundamental need for water, not just for consumption, but as an element that cleanses and heals, sculpts and softens, brings barren landscapes to life and lifts our spirits. My hope is that visitors leave with an appreciation of water’s importance to so many cultures around the world,” he says.

He will draw inspiration from the Mediterranean pine habitat of Jordan, with a design encompassing water as the focal point at the heart of the garden. Bright, yet simple, plantings are coupled with bold geometric forms in a muted colour palette to create a mosaic of different shades and textures. Multi-faceted black basalt sculptural features are clustered together like water molecules in patterns historically and globally associated with water. 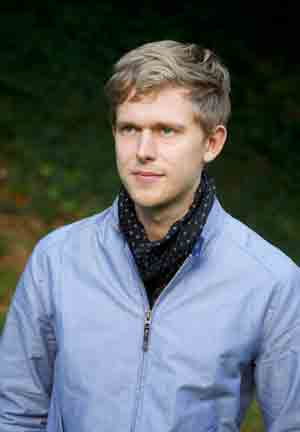 “I’ve designed the Royal Bank of Canada Garden to be aesthetically pleasing and emblematic of the endangered pine habitat of Dibeen in Jordan,” says Hugo (pictured right). “When choosing plants, I’ve selected those that help illustrate how gardens in arid environments can have beautiful flora that require minimal rainfall,” continued Mr Bugg. “I also wanted to incorporate traditional artisanal techniques in a contemporary and dynamic way. With that in mind, the garden’s boundary is made of sculptural stone and a traditional woven Bedouin goat wool fabric, which provides a dramatic backdrop to the design.”

The garden”s message of water’s importance is in keeping with the goals of the RBC Blue Water Project, a wide-ranging commitment to help protect the world’s fresh water resources.

Stuart Rutledge, CEO, RBC Wealth Management, comments hat they are delighted to partner with Hugo again for 2016 RHS Chelsea Flower Show: “His design is a testament to the goals and principles of the RBC Blue Water Project. Hugo’s ability to express the importance of water and integrate it into a striking garden is extraordinary,” he said.

Hugo was the youngest ever winner of a gold medal for a large show garden at RHS Chelsea (2014) and is continually billed as one of the young garden designers to watch. Recently commissioned designer of the first Royal Botanic Gardens in Jordan, he was named Young Designer of the Year by the RHS in 2010.

He design practice is based in Exeter and his portfolio includes elegant and uplifting modern gardens in private and commercial settings.

Information about sponsors RBC Blue Water Project can be found by linking here.