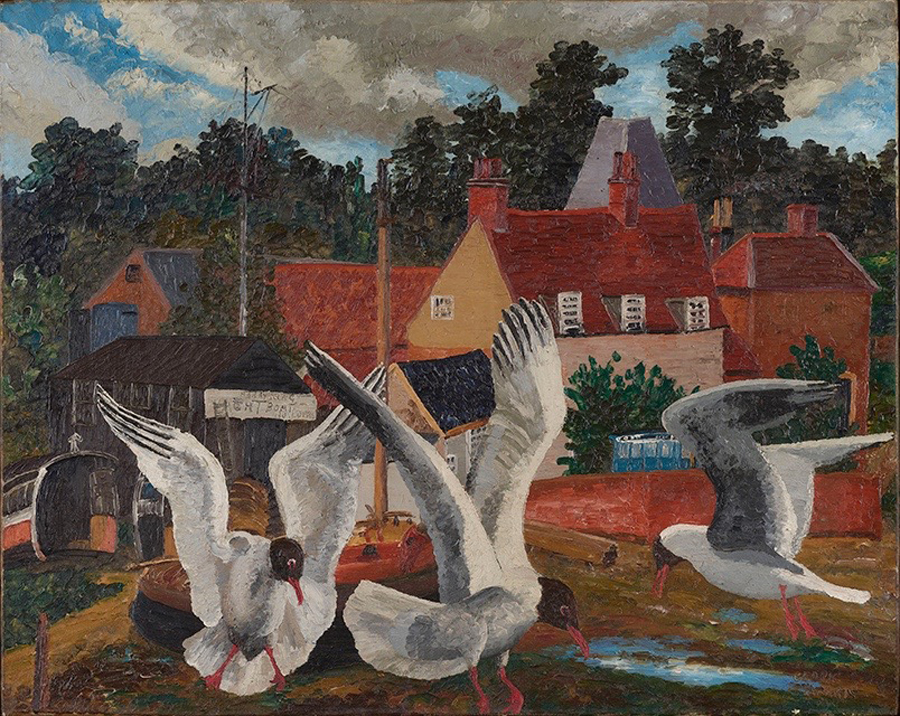 Concurrent exhibitions to be staged at The Garden Museum and at Philip Mould & Company, London, from 18th April to 22nd July, 2018, will feature and celebrate the work of Cedric Morris (1889-1982) Artist Plantsman.

Morris was the only person of his generation to achieve national stature both as a painter and a plantsman. This exhibition, the first museum show of Morris’ work in over 30 years, will demonstrate how the two disciplines intertwined to form one of the most remarkable artistic lives of the 20th century.

He was born the son of a baronet in a South Wales mansion built on iron and coal. In his teens he worked as a rancher in Canada and a lift-boy in New York. During the First World War he trained remounts for the cavalry together with Alfred Munnings. In 1929 he acquired his first garden at Higham in Suffolk and in 1937 opened the East Anglian School of Painting and Drawing, which taught pupils to have confidence in their own artistic freedom.

The exhibition at the Garden Museum – Artist Plantsman – will feature 34 paintings, the majority of which are on loan from private collections and have never been seen in public before. Morris was a crucial figure in the British Modern tradition and the exhibition will reinstate him at the forefront of the British avant-garde and as a contemporary and friend of artists Ben and Winifred Nicholson, Paul Nash and Christopher Wood.

Morris painted plants unlike any other artists of his generation – he took flower painting out of the taxonomic sphere into an expressionist mode that was distinctly Modern.

Curator of the Garden Museum exhibition Andrew Lambirth, points out: “By daring to celebrate the profusion of natural beauty when the avant-garde practice was all for geometric perfection, Morris not only bucked the trend but also made images of timeless delight which delve deeply to the heart of creation.”

At his Suffolk home, Benton End, which he shared with his lifelong partner, the artist Arthur Lett-Haines, Morris cultivated at least 90 new varieties of iris in provocative and startling new colours, which he named after his friends and pets. Visit Benton End on one of Morris’ ‘Iris Days’ and you were likely to run into visitors such as Elizabeth David and Vita Sackville-West, as well as students studying at the East Anglian School of Painting and Drawing.

Lucian Freud was a pupil of Morris and Freud’s own portrait of Morris will be on loan for the exhibition from the National Museum of Wales. It was Benton End that inspired Beth Chatto to become a gardener and she continues to sell many of the varieties Morris bred.

The exhibition will be accompanied by a display by garden designer Dan Pearson, presenting a selection of Cedric Morris’ irises, which were brought back to public attention by Sarah Cook in the 2015 Chelsea Flower Show.

The exhibition of paintings at Philip Mould & Company – Cedric Morris: Beyond the Garden Wall – an exhibition of the Travel Paintings of Sir Cedric Lockwood Morris – will feature twenty of the finest examples of Morris’ landscape paintings from 1908-1971.

The show will highlight some of Morris’ most significant pieces from his travels at home and abroad. The travel works of Cedric Morris are a body of paintings hitherto unexplored and yet they represent an extensive aspect of his output as an artist. 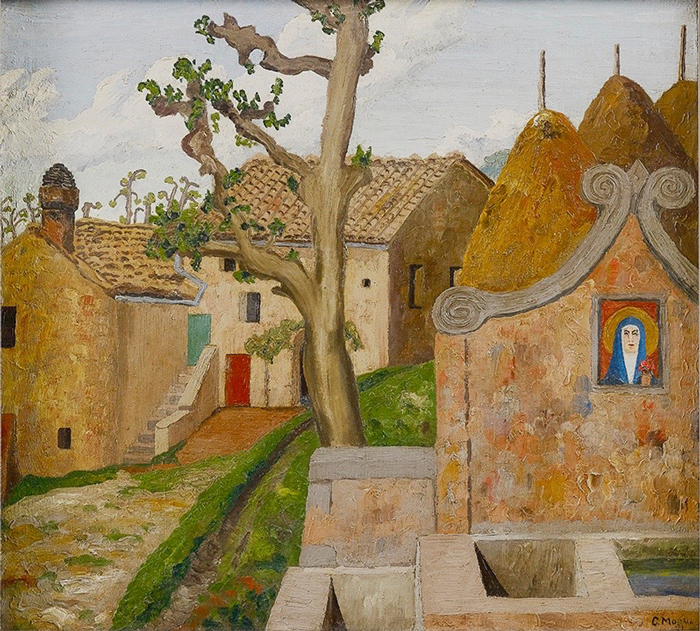 For Morris, travel was an integral part of his life as both a collector and breeder of exotic species of plants and flowers. Highlights will include a work previously in the collection of musical and cultural icon David Bowie, a painting executed on the Mediterranean island of Djerba off the coast of Tunisia and a fine example of Morris’ travel paintings in Connemara, Ireland.

Extensive research carried out by Philip Mould & Company has now made it possible to trace Morris’ movements from 1908 to the last years before his death in 1982. He was a prolific traveller and his paintings document the places he visited, in paint and botanise, the result of which is a body of work that is a testament to the importance that travel had upon an artist’s creative output. The show provides a unique opportunity to see travel through the lens of an artist whose intuitive understanding of flowers and their forms perfectly translated into the realm of the landscape genre.

The two exhibitions will present the first reassessment of Morris’ work in over 30 years and Beyond the Garden Wall will demonstrate just how multifaceted the artist was in his approach to subject matter.

Both exhibitions run concurrently from: 18th April to 22nd July 2018.